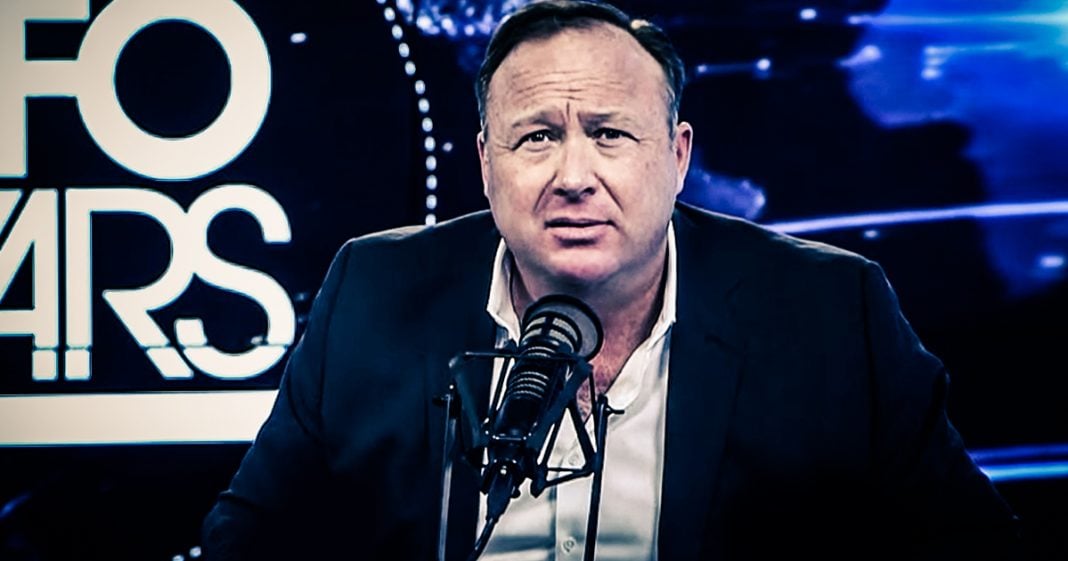 Kelly Jones, the ex-wife of InfoWars’ Alex Jones, claims that Alex is brainwashing the couple’s children after Jones posted a video featuring his 15-year old son challenging David Hogg to a debate. The claims made in the younger Jones’ video read like they were said by Alex himself, and Kelly is fearful for what Alex is doing to her children. Ring of Fire’s Farron Cousins discusses this.

Alex Jones’ ex Wife, Kelly Jones, is terrified about what Alex is doing to their children. This week, Rex Jones, Kelly and Alex’s son, put a video out via Infowars, where he challenged David Hogg, one of the Parkland shooting survivors, to a debate. He went on to compare David to Nazi’s, compared him to Hitler, Stalin, Mao, North Korea because I guess he couldn’t think of the leader of North Korea’s name.

But this is not the first time that the folks over at Infowars have compared David and other Parkland survivors to Nazi’s. But Kelly Jones is now furious at Alex for using their child not just as a political puppet, but as a tool to be brainwashed into believing the nonsense that Alex Jones spews every single day. That’s what Kelly is taking issue with at this point.

Alex Jones has full custody, or primary custody, of their children in spite of the fact that a jury actually wanted to give Kelly primary custody. That decision was overruled, and so now Alex Jones has full custody of the kids and according to Kelly, he is brainwashing them to be his little foot soldiers for Infowars. And I know a lot of right wingers at this point are probably going to say “Well isn’t that exactly what David Hogg’s parents are doing?” No, because his parents are not the ones out there forcing him to talk about these issue. They’re not forcing him to go out in the media.

This is somebody who survived a horrific situation, as did many others, and they’re out there making their voices heard, trying to get conservatives to understand that these kids when they go to school have a right to not be shot. What Alex Jones is doing is using his own 15 year old child as a propaganda tool. Somebody who doesn’t know what they’re talking about, somebody who can be easily manipulated to read a script, probably written by Alex Jones, because if you watch the video of this kid you’ll see that he sounds exactly like his father, almost word for word.