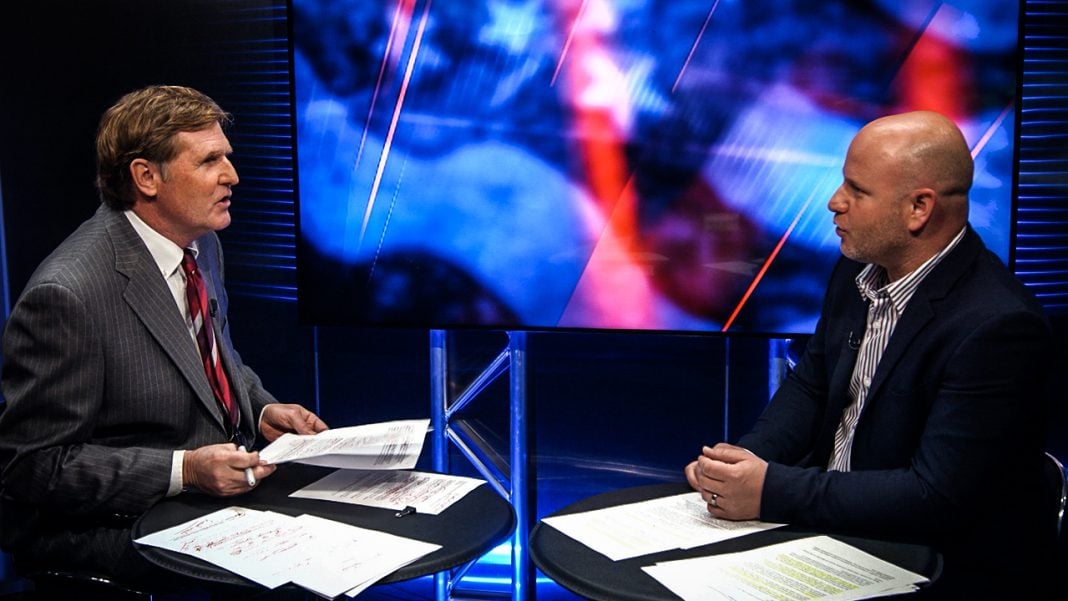 Republican lawmakers in Pennsylvania are furious that the state Supreme Court ruled that their districts were gerrymandered beyond recognition, so these Republicans are actually trying to impeach these judges so they can keep their distorted districts. Ring of Fire’s Mike Papantonio and Farron Cousins discuss this.

Mike Papantonio: Republican lawmakers in Pennsylvania are furious the state Supreme Court ruled that their districts were gerrymandered beyond recognition, so these Republicans are trying to impeach the judge that said, “No, you can’t do that. Gerrymandering, this is way off the charts.” This is crazy. This is like Legislation 101. It’s like Democracy 101. You don’t impeach a judge because he rules in a way that doesn’t favor your ideology. These nincompoops … what’s his name Dush? Yeah, Rep. Cris Dush. What an appropriate name. So Rep. Cris Dush, if you’re listening, you are truly an idiot. And maybe you wanna go back and take a look at your civics class.

Quick take. We got about a minute. What’s your take?

Farron Cousins: The court had ruled that these districts are so bad … Democrats actually got the majority of votes the last election, yet Republicans won the majority of the seats because they had districts that would sweep out … and I forget the exact language they used, but it was like a hook that would come around. And that’s how they made their districts so the judges say, “Look, this is very obvious, and you guys even know it. This is so super illegal.” So Cris Dush comes out and says, “I’m gonna impeach you and I’ve got 12 Republicans who are joining me in this.

Mike Papantonio: Okay, Cris Dush, let me say it. I can’t tell you enough to him. You are a freaking idiot. You’re an embarrassment to your state. The fact that you’re … I got it, you’re Republican, you’re trying to protect Republicans, but you are a true idiot. You’re an embarrassment, not to just your state, but to anybody who understands that we have a democracy based on the balance of powers here.