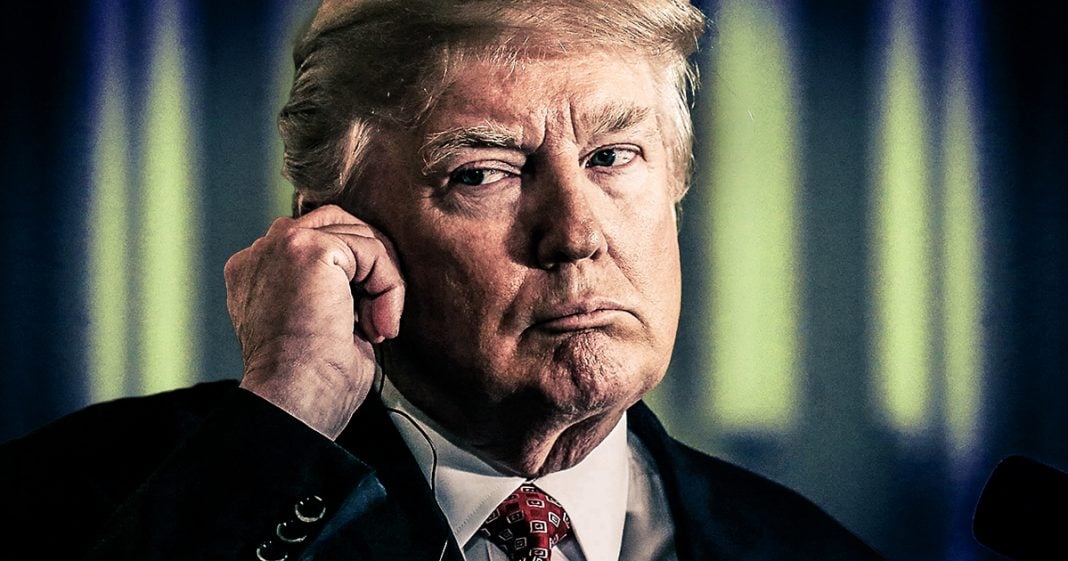 According to the latest data, voters who strongly disapprove of Donald Trump’s performance in office are also the most energized and eager to vote in this year’s midterm elections. This means big trouble for Republicans seeking reelection, and even more trouble for the President and his administration. Ring of Fire’s Farron Cousins discusses this.

But here’s the thing. Typically in mid-term elections, especially in a first-year president’s mid-term elections, it’s not uncommon for them to lose one of the chambers of Congress, so it is likely, just based on nothing more than past as precedent, that Donald Trump and the Republicans would lose the House of Representatives this year. Even if Donald Trump wasn’t one of the most hated politicians ever and if the Republicans in Congress weren’t the most incompetent and corrupted Congress we’ve seen in years, they would still stand a very good chance of losing just for the sake of people changing things up. That is typically what happens.

Now, according to FiveThirtyEight, Republicans typically do have an advantage in mid-term elections, but that advantage is actually nullified when there is a Republican in office. All of the signs right now are pointing towards Republicans losing at least the House of Representatives, possibly the Senate, though that is going to be very, very, very tough for them to do. This election in November is the Democrats’ to lose basically. Everything is set up for them to make a clean sweep and take back the House of Representatives. The only question is are they going to do something stupid between now and November to screw it up? I mean, recently we saw a lot of Democrats side with Republicans to vote in favor of a deregulation bill that puts banks basically in the same situation they were in before they caused a massive economic crash. That was a bad move, Democrats, and if you keep doing stuff like that, then yeah, that’s going to hurt you in the mid-term elections.

That’s what bugs me the most about these Democrats in DC, is that they want to do the right thing. I believe that for most of them, except for like Joe Manchin, but when they’re given the opportunity to do it, they think nobody’s watching, so they’re like, “All right, well I’m just going to vote yes on this one thing,” and that one thing snowballs. We’ve seen it time and time again from these Democrats. I remember predicting after the 2014 mid-terms, where Democrats lost heavily, I remember predicting the day after that election that Democrats were going to not change their ways and then somehow manage to lose the 2016 election, and this was even before anybody had announced that they were officially running for president, and I was right.

Democrats didn’t change, and they lost. They know a little bit better now, but change is hard for them, and so far we haven’t seen too much of a change from them. Again, this mid-term election is theirs to lose. The people are excited. They want the Republicans out. They’re not quite sure at this point if the Democrats are the very clear answer to countering Republicans, so Democrats have to get out there and prove that they are a very clear, a very distinct alternative to these disastrous Republican policies.