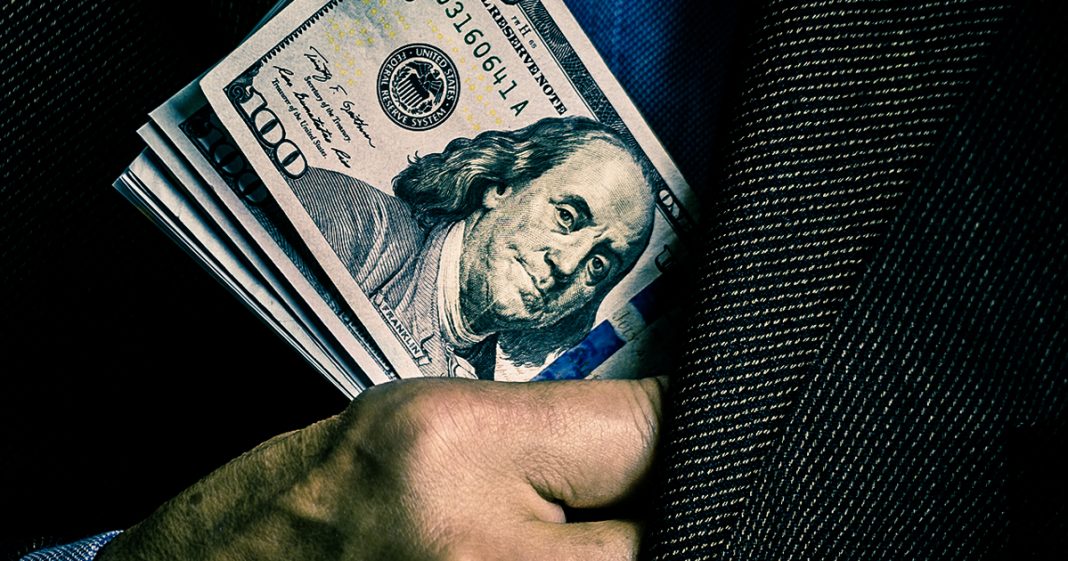 Republicans in DC have another reason to be afraid, as a majority of American workers are saying that they haven’t gotten a single extra penny from their employers after the tax cut package was passed. This voter anger is going to bleed into November, and these workers who were promised these raises are going to remember which party lied to them about it. Ring of Fire’s Farron Cousins discusses this.

In a report that should come as a surprise to absolutely no one in this country a majority of American voters, American workers have reported that they have not seen one single penny of a raise since the Republican tax cuts were enacted. Only 32% of American’s polled in this recent survey said that they’ve gotten a raise in the last four months after the tax cut package has gone through. Thirty-two percent. But here’s the thing. This poll did not distinguish between employees who were already due for raises, employees who get a cost of living increase, employees whose tax rate may have gone down if they had a child and added them or employees who actually got a tax cut raise.

So the bottom line here is that 32% of American workers have gotten some kind of pay increase whether it be $1 or $100. As we know from Paul Ryan’s tweet, there was a school librarian who got about a $1.50 a week so yeah, that still counts as a raise, but it’s not enough to really make any kind of difference on your life. Less than 1/3 of American workers have gotten a raise in the last few months. Even though Republicans swore up and down that we were all getting raises, that’s what this tax cut bill was about. Getting us raises.

Corporations would get the money and then they would kindly redistribute it to all of us. Well oops, that’s not happening and corporations already admitted that that is not going to happen. We are seeing a record number of stock buy backs from corporations who got all tax cut money because they want to get more money for themselves and that’s what this is about.

But, voters understand that, they know this now and they’re going to remember it when November rolls around when they see those ads on their TV in September and October of the Republican attacking the Democrat and the Democrat going after the Republican. They’re gonna see those ads and they’re going to remember, which one of those two candidates lied to them about getting a raise and, which one of them tried to warn them that it wasn’t going to happen.

American workers are paying attention and as I’ve said before anytime the American public pays attention to what Republicans are doing, it always ends very badly for the Republicans.