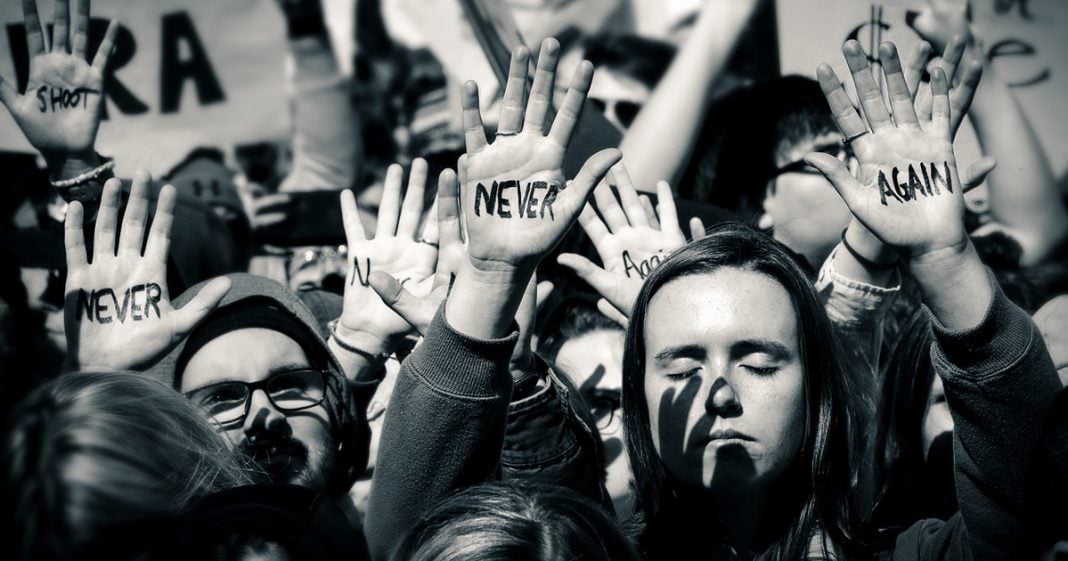 The Parkland students that have taken the lead in the conversation about gun control have shown what can happen when youth in this country get active and organized. The attacks from Republicans and the NRA were expected, but these children are frightening to Republicans for more reasons than just gun control, as Ring of Fire’s Farron Cousins explains.

One thing that I’ve found interesting over the last few weeks is the fact that Republicans always like to talk about Liberals being these little triggered snowflakes who can’t handle any kind of opposition, they just fall apart at the sight of anybody arguing with them, and all this other nonsense that has no basis in reality. Republicans like to talk tough, act like they’re the toughest people on the block, but in the last few weeks, they’ve shown that they are afraid of children. And to be honest, they should be.

The students that have organized and started a massive nationwide movement with other students who’ve been in the same position as they were in are terrifying Republicans across the country. People like Marco Rubio and Ted Cruz, once thought to be pretty safe and secure Republicans in their home states, are now terrified about losing their next elections because of these children. They’re spending time on Twitter, especially Rubio, attacking them. The NRA is having to come out and release attack ads against these kids. Steve King from Iowa is attacking high school students. There is a pattern here, and it shows that these crusty, old white Republicans are terrified of children. And if you think it’s only about the gun control issue, you’re sadly mistaken. That may have been what united these kids and what got them started but that is not the only issue that they are concerned about that scares Republicans.

For the last several years, we have had young adults in this country, age 17 and below, some as young as 11 and 10 years old, suing states, oil companies, and even the Federal Government over their inaction on climate change. Those lawsuits, every time they go in front of a judge, the judges have ruled that those lawsuits can go forward, so those lawsuits are still happening. Children have taken action on the issue of climate change to sue the Federal Government for screwing them out of a future. That’s exactly what the students from Parkland and many of these other schools that have witnessed these horrific shootings are doing on the issue of gun control. They’re being robbed of their future, and they want to hold these politicians accountable for letting this happen.

They want universal healthcare. They want debt-free college. They don’t care about immigration as much. They don’t think that that’s a big problem that needs to see hundreds of thousands of people deported, they support them coming in. They support same sex marriage, even the more conservative of that younger generation, by a large margin. They support higher taxes on corporations. Essentially, even the young Americans, and that includes the millennials who are in college or who are working jobs out of college, they actually have more liberal beliefs than their conservative, elderly counterparts.

The face of the Republican Party will be changing in just a few years. The makeup of the Federal Government will be changing in just a few years, and it is because of this upcoming generation that is getting active and, to be honest, getting pissed off. That is exactly what some of us have been waiting to see for years, people getting pissed off and using that anger and converting it into activism. We have needed that for some time in this country and it terrifies Republicans any time it happens because they understand what it means. It’s not just about the issue of gun control, it’s not just about climate change, it is about every single thing that these people have built their careers on that is about to come crashing down because of the harm that it has caused on the younger generations. They know that their time is up, and that is why these attacks coming from Republicans on children are only going to ramp up until their voices are finally voted out of office.