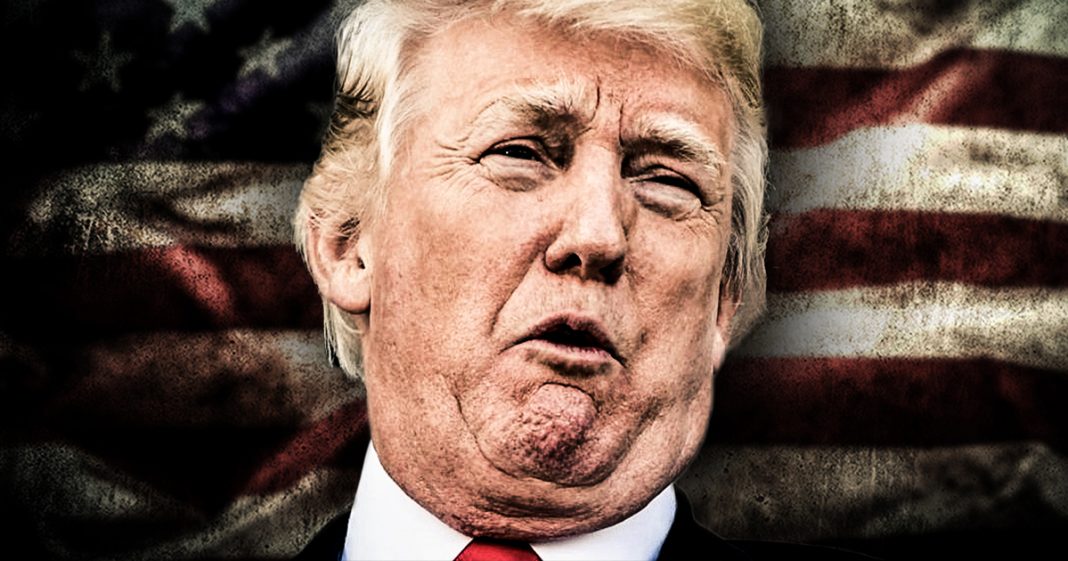 White House aides have noted that since Hope Hicks left as Trump’s Communications Director, the President has become increasingly volatile and isolated. The recent uproar over his affair with Stormy Daniels and the fact that he’s having trouble staffing his legal team certainly aren’t helping, and aides describe the current atmosphere in the White House as the worst it has been since the start of his presidency. Ring of Fire’s Farron Cousins discusses this.

According to recent reports that interviewed aides for the President of the United States, Donald Trump is increasingly becoming more isolated. He is essentially as they describe it fuming around the White House all day long. Now according to the aides, there are several reasons why Donald Trump is basically worse than he’s ever been. In fact, in the interviews they have said that the kind of emotional state of the White House, the emotional state of the president, and the tension inside that White House is actually the worst it’s ever been since Donald Trump got sworn in.

One of the biggest reasons, they think at least, is because Hope Hicks is now gone as the White House communications director. Hope Hicks was a very close confidante of Donald Trump. She was one of the few people that kind of helped to keep him calm, keep him centered. She did a poor job of it, but at least hey, maybe she tried every now and then. With her gone, Donald Trump has nobody to confide in, nobody to calm him down, nobody to talk him down from some of his more insane ideas. On top of that, the aides also point out that the fact that Jared Kushner is basically a bumbling idiot causing headache after headache for the president.

That’s also making Donald Trump a little more volatile than usual. He wants Jared Kushner gone. He wants Ivanka gone from the White House. He just doesn’t want to be one to do it, so he’s been trying to get Chief of Staff John Kelly to work on a way to get rid of Jared and Ivanka that makes it looks like Trump is keeping his hands clean in the whole matter when in reality he’s super pissed at them all day long, and they’re making life miserable for everyone in that White House. I’ve run out of sympathy for the aides and the White House.

My advice to these aides, first of all, please keep leaking these stories because they’re phenomenal and we need to know just how volatile and unhinged this man is, but two, for your own sanity, please go find another line of work because this job is going to take its toll on you like you can’t even imagine and leave you with a black mark that no other employer is going to want to touch.