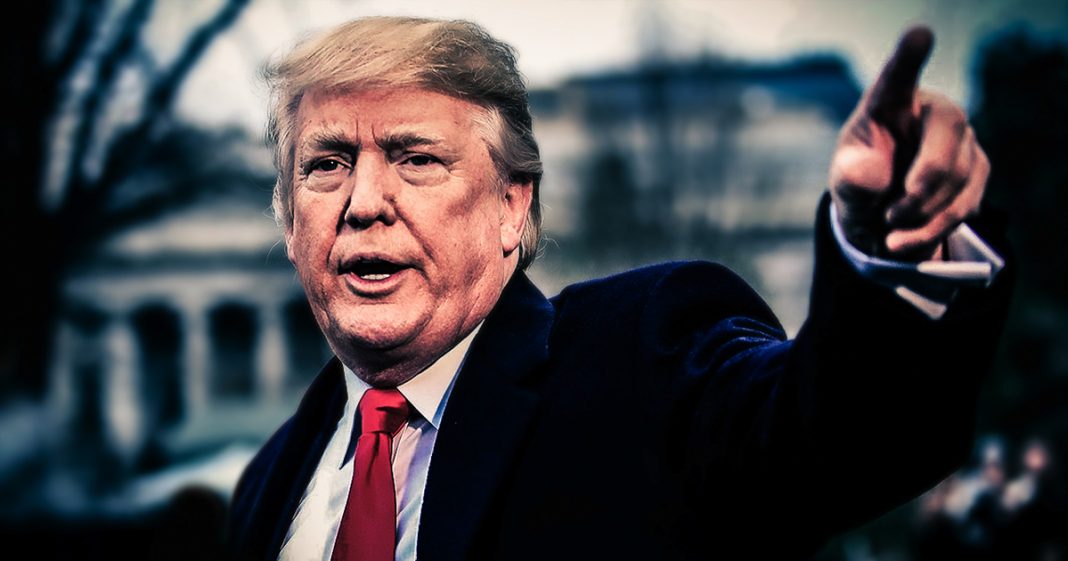 Farron Cousins takes twitter questions from the Ring of Fire audience this week on the ROF podcast. Serocco @Serocco3 asks, “Are we sure Congress will impeach Trump? Republicans will never meaningfully oppose him and Democrats keep offering concession after concession like they always do with every Republican President.”

Our final question today comes from @Serocco3 who asks, “Are we sure Congress will impeach Trump? Republicans will never meaningfully oppose him and Democrats keep offering concession after concession like they always do with every Republican President.”

No, I do not and have not ever believed that Congress will eventually 100% impeach Donald Trump. Republicans won’t do it. It doesn’t matter what the Mueller investigation concludes. They could conclude that Donald Trump personally, single handedly was behind the entire Cold War. They could prove that somehow he built the atomic bombs and made the decision to drop them on Hiroshima and Nagasaki and they still wouldn’t do it. I know those aren’t possible things. I’m just giving those as examples of how spineless the Republicans in Congress are. It doesn’t matter what they find from this investigation. Republicans will never act on it.

As for the Democrats though, I do think that if there’s a blue wave in November, in the midterms, and if the investigation shows criminal wrongdoing by the President, and Democrats take over with that information, I think they would pursue it. I really do. Now, maybe I have too much faith in them. Maybe I have a little too much hope. I’ve been told that about my feelings towards the Democratic Party, but I do think they could do it. I do think they would do it, but if they don’t take back the House, there is absolutely no way Donald Trump’s not finishing at least his first four year term. If they don’t take back the House, it proves that they don’t know how to beat a guy like Trump and the Republicans who are sucking up to him, which means that they could very likely lose the 2020 Presidential Elections as well.

Every election has lasting consequences. I predicted right after the midterms in 2014 that the Democrats would lose in 2016 if they didn’t change. They didn’t change and they lost. I wasn’t one of the only people who were saying that. That was a very common theme among Progressives. We saw what happened. We saw what the Democrats did. We saw they didn’t learn anything from it, and so they lost again. This year’s midterms are no different. If Democrats lose, it’s not just losing the ability to impeach Trump, it’s about the possibility of having to suffer through another Donald Trump term if he gets reelected in 2020. It’s up to Democrats. We can’t force them to learn. They got to do it on their own.