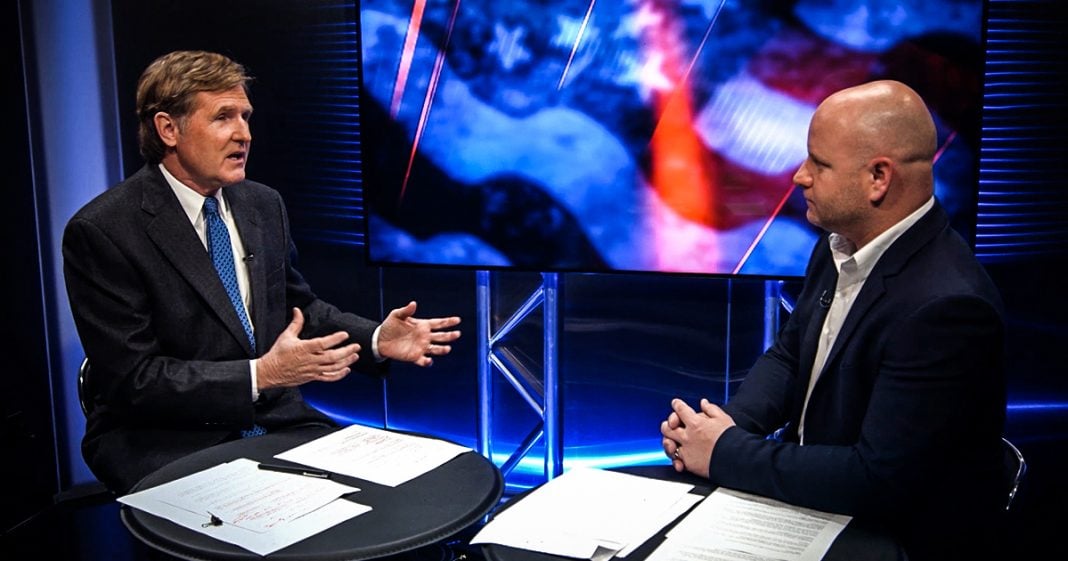 Remington, the oldest gun-making company in the United States, has filed for bankruptcy protection as their sales have plummeted. But the company was also facing major lawsuits for their defective rifles – a fact that most media outlets have completely missed while telling this story. Ring of Fire’s Mike Papantonio and Farron Cousins discuss this.

Mike Papantonio: Remington, the oldest gun making company in the United States, has filed bankruptcy protection as their sales have plummeted. It’s completely counterintuitive. People think they’re making tons of money. They’re really not. The company’s also facing major lawsuits for their defective rifles, a fact that most media outlets have completely failed to tell. It’s a big lawsuit where their … Their rifles are blowing up in the faces of people, but at any rate, most people would never dream that Remington would have to be looking at bankruptcy, would they?

Mike Papantonio: Chapter 11, and so what’s happening here? What are the dynamics that are happening other than Trump is elected?

Farron Cousins: Well, that’s actually what it has to do with, because the NRA is only able to go out and sell more guns and make profits for these gun companies when Democrats are in power. When Obama was president, there was this massive spike in gun sales. People stocking up, buying more, because the talking point from not just the NRA, Republican politicians, was that these Democrats, they’re in power. They’re gonna come take your guns, and so it drives them through fear to go buy guns. Now, they have for the last 12 months, what they’re calling the Trump slump because nobody’s buying guns right now. Nobody wants to buy them. They already stocked up. They know that Trump and the Republicans aren’t gonna come take them, even though nobody was gonna come take them, so now Remington is using that as the excuse, but I don’t think that’s actually why.

Mike Papantonio: What do you think is going on here? Here’s the way I see it. In American, there is what we call a tight gun base. In other words, it’s not that so many guns are sold to so many different people. It is that so many guns are sold to this very tight base of gun owners who believe that somebody’s coming for their guns. The stories that you and I have done so many times is we would see Obama make a statement or something that Obama would do, and all of a sudden the sales that week would be skyrocketing. They were selling so many guns, they couldn’t keep … Remember when they couldn’t keep enough ammunition in stock? They couldn’t keep enough guns in stock. AR-15s were going out the windows, and so Remington actually developed this Bushmaster AR-15, so factor that into what’s happening here.

In other words, if I believe kind of where this story’s going and ABC covered this. I thought they did a pretty good job. If I take a look at it, they’re saying there’s only so many AR-15s that you can sell because most people don’t want an AR-15, but there’s a very tight group of people in America who do.

Farron Cousins: Right. Look, there’s absolutely truth in that, but we also know at the same time Remington is facing huge lawsuits from consumers dating back decades for making faulty rifles, and by filing this bankruptcy protection, they could be able to spin off, rename, sell it to a subsidiary so they get to keep making their AR-15s under a different name, under a different structure.

Mike Papantonio: The process, when you see a big corporation do this kind of thing, it’s called channeling, and that is we’ve done something so terrible and we’re gonna be hit with so much money that we’re gonna spin off all of our liabilities, start a new company, continue business as usual and we’re not even gonna have to pay for all the horrible things we did. We see it happen with pharmaceutical companies all the time. We see it happen with chemical companies. The last case I tried, a DuPont case up in the Ohio River Valley, they were using this concept of channeling. Yeah, we’ve poisoned people, we’ve killed them, we’ve created cancer all over the Ohio River Valley. We gotta get out of here now and start this other company. That’s your theory here.

Farron Cousins: Yeah, and then it’s, “Oh no, it was those guys. Not us over here.” It’s Marlboro changing their name and starting that new little sub-company Altria.

Farron Cousins: Like, “No, they’re the bad guys in this. We’re just little Marlboro here.”

Mike Papantonio: Who is Altria?

Farron Cousins: It’s something corporations do all the time and I think that’s playing a huge rule in what Remington has decided to do here with this bankruptcy.