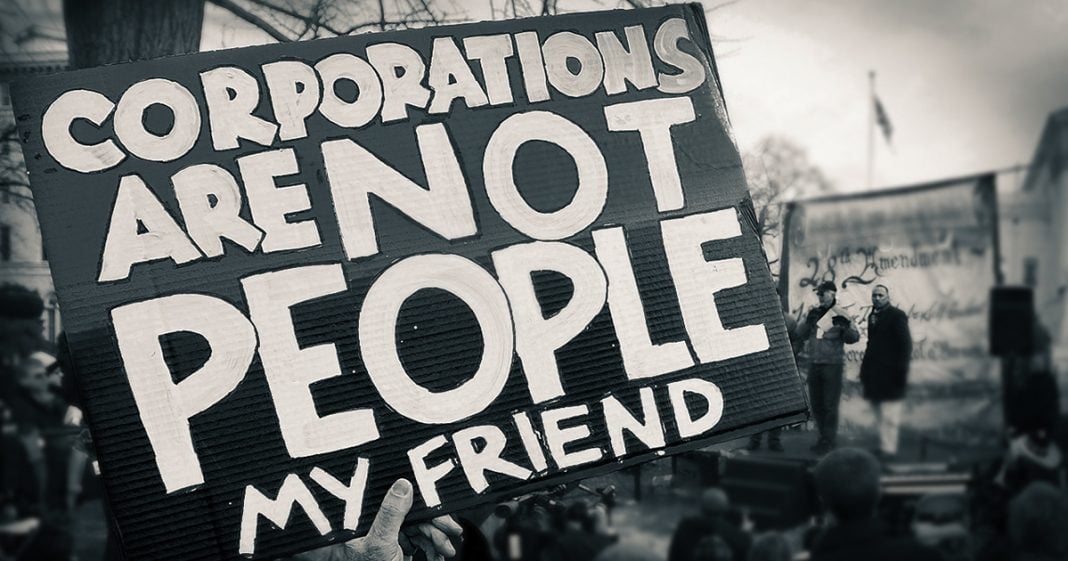 Farron Cousins takes twitter questions from the Ring of Fire audience this week on the ROF podcast. Phillip Schaps @MishapPhisch asks, “Isn’t it time to accept that with Trump in the White House and the corporate democrats scheming to screw over strong progressive candidates, that America is in the terminal stage of its nearly 40 year decline (which was of course started by Reagan’s election)?”

Our next question comes from Phillip Schaps, who says, “Isn’t it time to accept that with Trump in the White House and the corporate democrats scheming to screw over strong progressive candidates, that America is in the terminal stage of its nearly 40 year decline (which was of course started by Reagan’s election)?”

I think so. I think we’ve seen quite a sea change in Washington DC, really just in the last few years. It’s been remarkable. I started doing this. I first came into politics as a profession when I just turned 21 years old, still in college, started off as a researcher. Back then some of the things we covered were unheard of at the time. The kind of pay to play type stuff. And yes, it had been going on for a while, but nobody ever focused attention on it. And that’s what we started doing with Ring of Fire when we were a part of Air America, and all the other shows on there were doing the same thing.

We finally started shining the light on this, of what is been happening to politics. It was bad under Bush. It got worse when Sarah Palin, and Michele Bachmann, Joni Ernst. People like that started coming to the forefront. Jim Inhofe, one of the worst senators ever. But then it kept getting worse, and at the same time that the Republican Party started getting worse, the Democratic Party started getting worse, and again it typically does go back to Citizens United. Before the Citizens United ruling was handed down by the supreme court, the two top donors to the Democratic Party were trial lawyers and labor unions, two groups that work for the benefit of the American public against greedy corporations.

As soon as Citizens United happened, Wall Street banks and securities firms took over as the top donor to the Democratic Party. It was at that point … You can go back and look through the legislation at what happened at the beginning of 2010. It was at that point that the democrats, to an extent, became indistinguishable from the Republican Party on certain issues. That’s why people like Bernie Sanders and Elizabeth Warren, and Keith Ellison are household names at this point because they’re the few speaking out against what’s happened to the Democratic Party. We’re still in that decline, and there’s not enough Sanders, and Warrens, and Ellisons, and even those three are not perfect on every issue; nobody is, and that’s the problem.

Take a guy like Sheldon Whitehouse. Probably the best democratic senator, best senator on the issue of climate change. He’s also been not so great on a ton of other issues, so we don’t really have anybody to 100% rally behind that represents us. We used to. Back in the day, there were plenty of them. There were plenty of democrats who were willing to stand up to the banks, to stand up for the climate, to stand up against the fossil fuel industry. But today, you have to pick and choose. With republicans, it’s even worse, obviously, because they just want to do whatever they can for corporations.

And yeah, you’re right, Phillip. This goes back to Reagan. The de-regulation of the Reagan era, the attacks on labor unions, the attacks on the so-called welfare queens that sparked a whole generation of people hating poor people, that’s when it started here in the United States. Because of those attacks and the lasting damage that, that has had, politics has gone to an area that it’s unlikely we can pull all the way back from. It’s going to be difficult, if not impossible, to ever convince the republicans that are alive today that people on welfare aren’t ‘living it up’ on the government’s dime. Or that people who get unemployment payments, unemployment checks, that they’re just lazy.

They’ll never not believe that. Reagan drilled that into their head. Bush drilled that into their head. Bush junior drilled it into their head. And now Fox News, Donald Trump, Paul Ryan, Mitch McConnell, all day every day are feeding them that false information that has zero data to back it up. And the problem is that there aren’t enough good democrats out there explaining why this is a lie, explaining why these programs are vital for the survival of the United States. Instead, they just want to talk about how bad Trump is or how bad republicans are, without offering a very clear alternative.

So you’re right. This is part of the decline, and unfortunately because it’s gone on for so long, I don’t know that it’s possible to ever completely pull back to what we used to be.