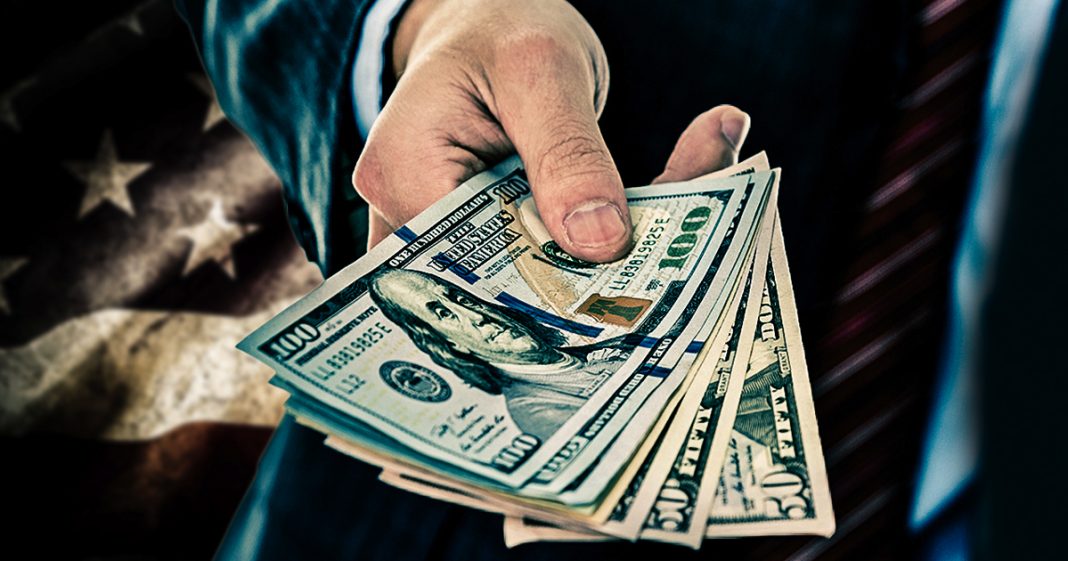 Farron Cousins takes twitter questions from the Ring of Fire audience this week on the ROF podcast. For A More Perfect America @P_McEnroe asks, “Do you think it’s possible given the #CitizensUnitedRuling that politicians who don’t accept corporate PAC money could be forced to do so, on the grounds that not doing so violates Freedom of Speech?”

Next question we have here from Twitter comes from @P_McEnroe who asks, “Do you think it’s possible given the #CitizensUnitedRuling that politicians who don’t accept corporate PAC money could be forced to do so, on the grounds that not doing so violates Freedom of Speech?”

Yeah, actually. That is a phenomenal point and it’s absolutely plausible that could happen. If corporations say that their money is free speech and a politician or wanna be politician running for office says, “I will not accept your money.” That could be seen as a violation of free speech, and that’s terrifying to think about. What’s also terrifying to think about is the fact that when you hear a story about a politician who’s not taking any corporate money it makes headlines. That’s how rare it is in this country today. I mean, that’s sad. That’s pathetic.

I remember, again, when we first started this 14 years ago doing stories about these corporations donating money to politicians and at the time, it was, “Oh my God. They gave this guy $5,000.” Well, now they’re giving them hundreds of thousands of dollars through these super PACs and you can see the result in this legislation. But my question and this is what an attorney who if this ever goes in front of the court again needs to argue is that how can money be free speech when it’s not universally guaranteed? You can’t guarantee a right unless everybody has access to it. So if money is speech, then everybody should be entitled to money, right? That kind of goes together.

I don’t know why that argument wasn’t made in the first Citizens United ruling, but it needs to be made now because if a corporation can give $100,000 to a politic campaign through a super PAC, yet a guy like me can only afford to send a $10 donation, that’s not equal. That’s not us having the same size microphone here. That’s them having one thousand times the amount of free speech that I have. There is nothing fair about the system under Citizens United and I feel like those arguing against it when it went in front of the Supreme Court screwed us over royally because this seems like it would’ve been a pretty easy issue to nail to the ground if only a competent attorney had been there arguing against money being considered free speech.