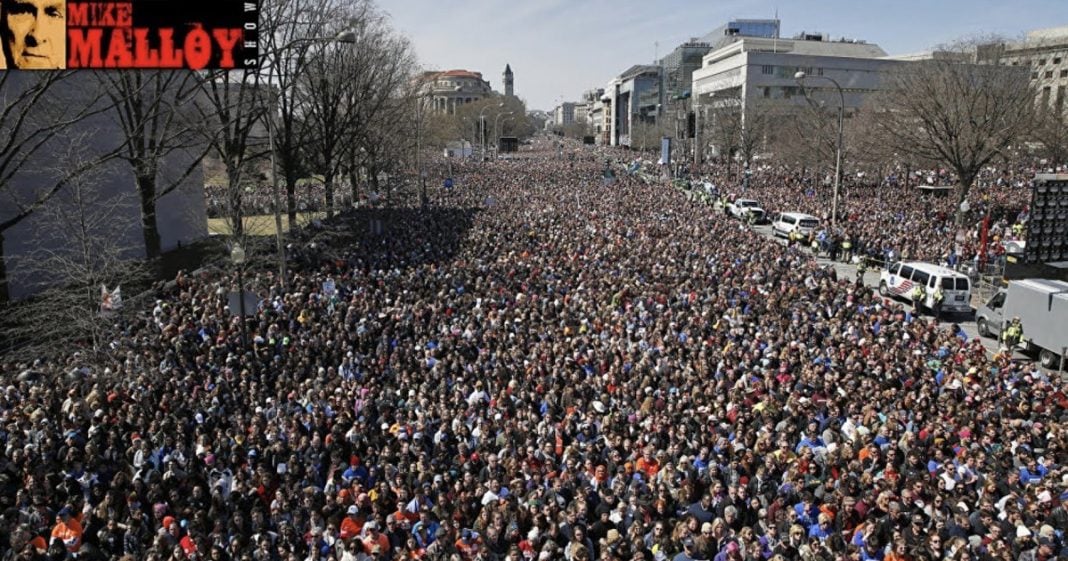 In what is now being recognized as a turning point in America’s long and fractured love affair with guns, Saturday’s March for Our Lives has now gone on record as the largest single protest march in the history of the United States capitol.

Alongside demonstrations in over a thousand cities worldwide, Washington DC saw a crowd that early estimates place at over 800,000, putting the rally for common-sense gun regulation in America as the largest demonstration ever recorded in the capitol city, eclipsing the January Women’s March, as well as 20th century marches protesting the Vietnam War and endemic racism in the US. Mike Malloy discusses this.