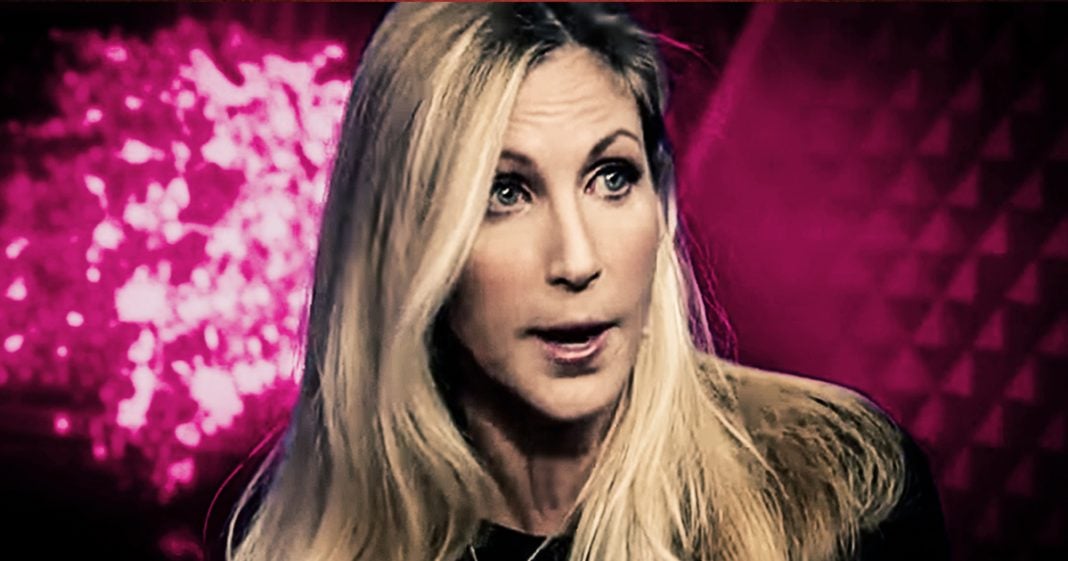 Ann Coulter is absolutely furious that Donald Trump is not keeping his promise to rid this country of immigrants, and during a speech at Columbia University this week she lashed out at the President by calling him a “shallow, lazy ignoramus.” While her assessment is correct, her reasoning is not, as Ring of Fire’s Farron Cousins explains.

At Columbia University this week, on-again, off-again Donald Trump supporter, Ann Coulter, unleashed a tirade against Trump because she is so pissed off that he is not keeping his promise to kick every single non-white person out of this country and build that damn border wall. In the speech, Ann Coulter said the following. She said, “I knew he was a shallow, lazy ignoramus, and I didn’t care.” That was her explaining why she voted for him to begin with. She admits that, “Yeah, he’s a horrible human being, but I voted for him. I didn’t care about that stuff because I knew how racist he was and now he’s not acting on his racist policies.” She continues, “We had 16 lunatics being chased by men with nets running for president, and Trump. So, of course, I had to be pedal to the metal for Donald Trump. I’d been waiting 30 years for someone to say all these things.”

Ann Coulter is mad right now because Donald Trump is not as racist as he claimed to be. Don’t get us wrong. He totally is. He absolutely is. He just can’t do all the bigoted things that he promised he would do because he didn’t realize that there’s checks and balances on what the president of the United States is allowed to do. Now Ann Coulter, one of his biggest supporters, is super pissed.

To be honest, it’s not just Ann Coulter. As we talked about earlier this week, Laura Ingraham’s on there, Drudge Report’s on there, and tons of Conservatives online are freaking out over the fact that this border wall is not yet being built and not enough people are being deported out of the United States.

This isn’t about Ann Coulter suddenly having a change of heart and realizing that Donald Trump is a shallow, lazy ignoramus, as she says, he totally is. But her reasoning is wrong. He’s not a shallow and lazy ignoramus because he hasn’t started construction of the border wall. He’s a shallow and lazy ignoramus because he’s not that intelligent, he’s not a hard worker, he wanted to run for president so that he could make more money. The only things he cares about are ratings, both TV and approval ratings, and that’s all he wants to get out of this job. He doesn’t want to accomplish anything. He wants to throw a few buzzwords to people like Ann Coulter and the alt-right to get their support. And then once he can’t do anything about the policies he’s promised them, he just says, “Oh well. What’s my approval rating today?” That’s the problem of Trump. Not only that he’s horribly racist, but that he’s also horribly stupid and horribly lazy.

Ann Coulter, again, her assessment is correct, but her reasoning behind it is not. She wants the president to enact all of these horrible policies that he promised to. I imagine as we get closer to the midterms, she’s probably going to start attacking other Conservatives in Congress who are not falling in line with these plans to build a wall and deport every nonwhite person in this country. Maybe we’re not banning enough Muslims from entering, as she would like to see. But that’s not how this country works. Ann Coulter is very quickly losing relevance here in the United States.

I think maybe in a week, maybe in two weeks, maybe in a day, she’s going to be back to singing the praises of Donald Trump. This is not the first time that’s she’s gone off the rails against him, and it won’t be the last time. She flows with whatever she thinks is popular of that day. She wants to go the direction of the alt-right. If they want to hear her say something, whether it’s bashing the president or showering him with love, she’s going to do it because she is 100% dependent upon that lazy, crazy alt-right base to continue buying her books and paying her yearly salaries.