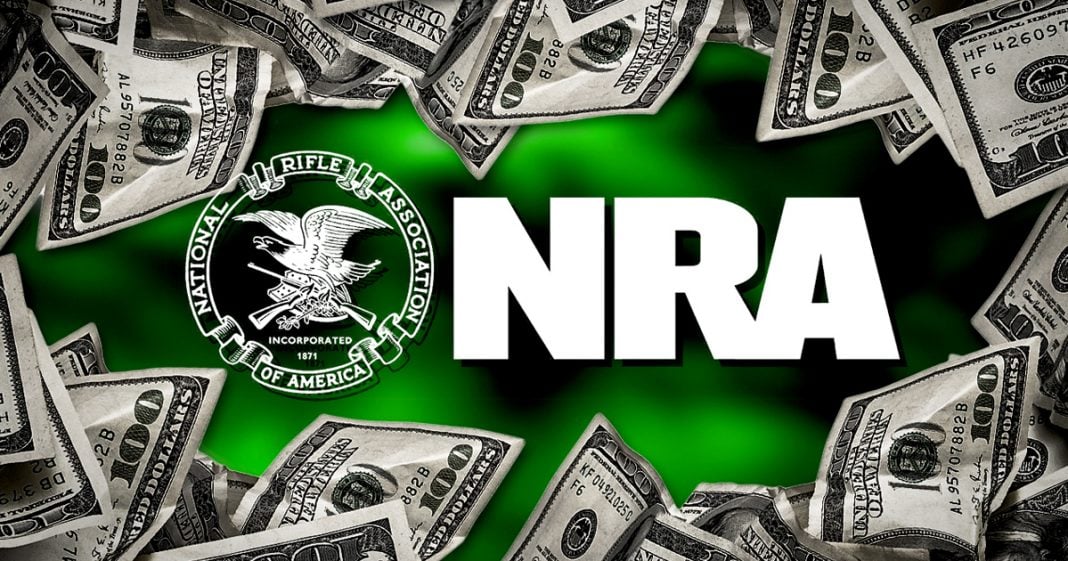 The NRA has found themselves in a sticky situation with the recent revelations that they were taking money from foreign sources. The organization swears that they didn’t use any of that money for political purposes – which would be highly illegal – but they also admitted that they freely move money from one account to another and then spend that money. Congress is demanding answers, and so are the American people. Ring of Fire’s Farron Cousins discusses this.

It was recently revealed that the NRA is receiving money from overseas sources. Specifically, they have received money from Russia, they’ve received money from other countries, and they’re not admitting that yes, they received funds from outside of the United States. Now, typically that wouldn’t actually be a problem. I mean, that happens all the time. Right? Well, when you consider the fact that the NRA is basically a lobbying organization and foreign funds can’t be used for that, and they make political donations and foreign funds can’t be used for that, then you start to have a very real problem with the NRA taking money from foreign countries.

Don’t worry, because the NRA has promised us that they totally didn’t use any of that foreign money to fund political activities here in the United States, so I guess that’s a breath of fresh air. Right? We could just stop this investigation right now because they told us they didn’t do it. Then in the same sentence, though, they did tell us that sometimes they move money from one account to another, and then that’s the account that ends up getting used to make the political donations and do the political things, so, I mean maybe it’s possible that some of that Russian or whatever foreign money went into this account, but then it got transferred over here, maybe got transferred again, and then that was used.

Really, according to the NRA, there’s really no way to know because they just like to transfer money, which is essentially money laundering. You can either go with the fact that you guys were using foreign money to fund political activity and fund political campaigns, or you’re admitting to the fact of laundering money through your own organization in order to cover up the source so that you could use it for illegal activities. Personally, I hope it’s both. I hope you guys go down and you go down hard.

Senator Ron Wyden, a democratic senator, is already asking some very serious questions of the NRA, questions which they have repeatedly refused to answer. Now, I don’t mean refuse as they’re saying we’re not going to answer these. They’ve written back responses that did not address the questions in any way. This is going to lead to a very serious full-blown investigation of the NRA’s activities, and if it is found that they did illegal activity, that they did use this foreign money to fund any kind of political activities here in the United States they’re either going to be massively fined, those responsible could face jail time, and overall it’s going to destroy the credibility and the image of this organization that really had no credibility or positive image to begin with.