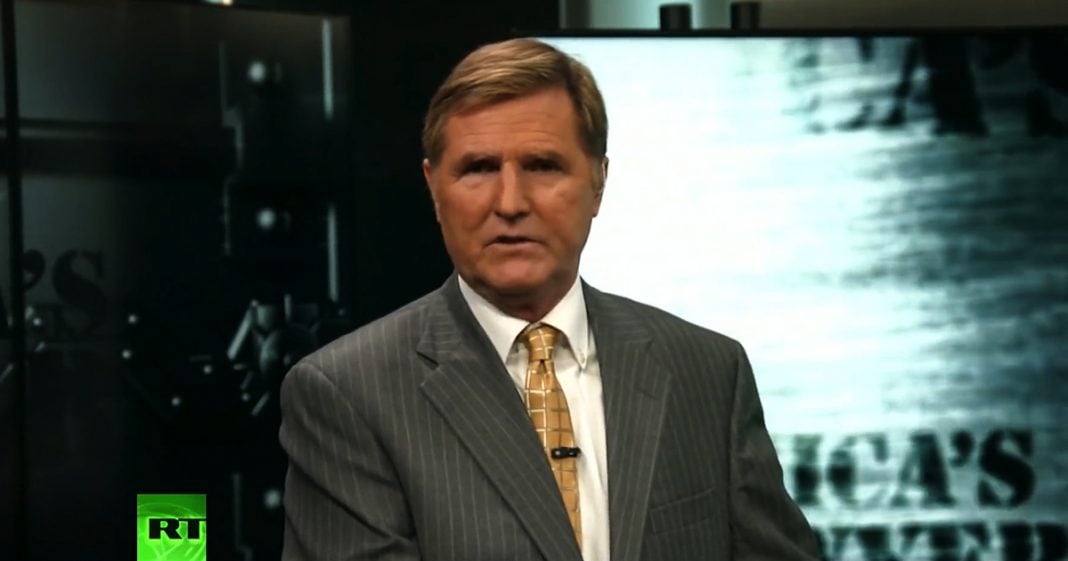 A federal judge ruled that EPA chief, Scott Pruitt, broke the law by refusing to list areas in the country that are not complying with air pollution standards. America’s Lawyer Mike Papantonio discusses the case.

Finally, tonight some good news. A federal judge ruled that EPA chief, Scott Pruitt, broke the law by refusing to list areas in the country that are not complying with air pollution standards. The case began after Pruitt submitted designations for areas in the country that were compliant with smog guidelines but left out those which weren’t. As a result, those unlisted areas can allow new factories and new plants to be built without any advance pollution controls. This prompted 16 state attorney generals to take legal action. In their complaint they listed the Bay Area, they listed New York City and Los Angeles as areas suffering from ozone pollution. They also added that not taking any action at all, if they just sat back, that would negatively impact more than 200,000 children suffering from asthma. The court has given Scott Pruitt until April 30 to comply with the law. It is no secret that Pruitt was a major financial beneficiary of the oil and coal industry. He’s pretty much in their back pocket. He’s taken hundreds of thousands of their dollars from them over the years.

These corporations view environmental regulations as an obstacle to getting more profit and now we see that their man in the EPA, that they worked so hard to put there, is willing to violate the law on their behalf. Thankfully, the courts stepped in and demanded that Pruitt perform his duties as he’s supposed to. His interests may lie with the industries that fatten his wallet but, while he holds public office, the courts are making sure that he serves the public interest at least for now.