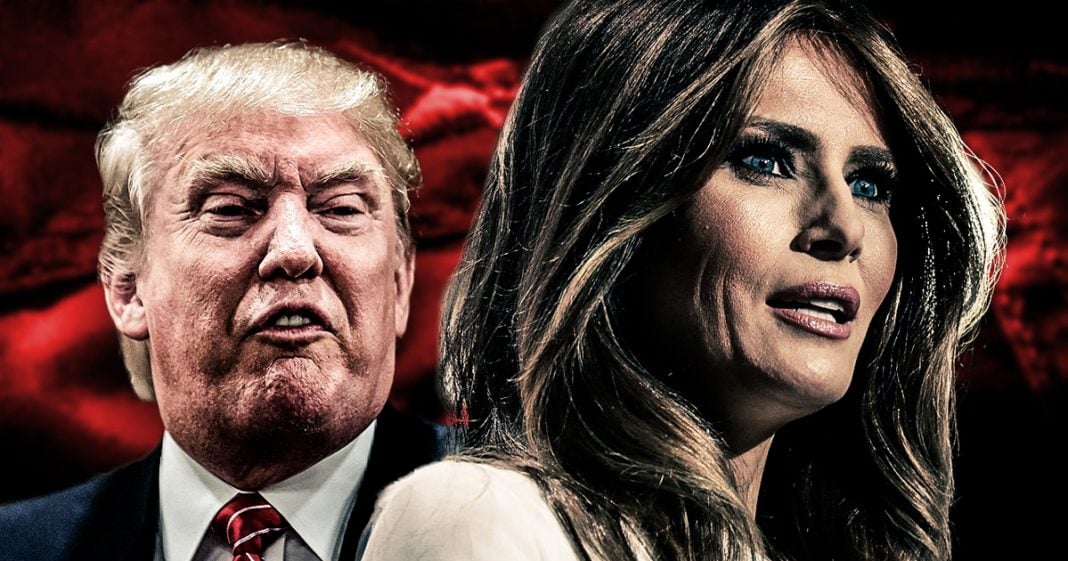 Conservative pundit S.E. Cupp is now calling on Melania Trump to leave her “jerk of a husband” and to send a message to girls and women all over the world that it is ok to leave a toxic relationship. Cupp says that Hillary Clinton could have set that example in the 90’s but failed, and now Melania has the chance to be a real role model. Ring of Fire’s Farron Cousins discusses this.

There’s been a lot of talk recently about whether Melania Trump will stay with Donald Trump, especially now that the Stormy Daniels story is absolutely blowing up all over the place, and, in fact, reports in the last two, three days have said that Melania Trump may be the next person to actually leave the White House. Trump himself joked about that at a dinner a couple weeks ago, and Melania wasn’t very happy about it, possibly because, maybe, her secret was revealed.

But nonetheless, HLN conservative pundit, S.E. Cupp decided to take to the airwaves this week and beg Melania to leave her, quote, “jerk of a husband in order to set a better example for girls and women all throughout this country.” Here’s the thing. I actually agree with S.E. Cupp’s assessment here 100%. Melania Trump needs to leave Donald Trump. We know that he has cheated on her multiple times. We know that he has been accused by at least 19 different women of sexual misconduct. We’ve seen how he treats her. We’ve seen what happens when they walk together to and from the plane. The guy acts like she doesn’t exist.

This is a toxic relationship, and S.E. Cupp is 100% correct about that, and Melania walking away from this relationship would set a positive example for everyone in this country, men and women, because it would show that no matter how powerful that spouse is, if they’re a jerk, if they are toxic, if they’re emotionally abusive, you can walk away. There is no one powerful enough to keep you there. That is a very positive message that Melania could send, and if she truly wants to be a role model, that’s what she could do.

Now, here’s where I disagree with S.E. Cupp. She brought up the fact that Hillary Clinton had the opportunity to do this back in the 90s, and failed to do so. She could have been a role model for that generation, but chose, instead, to stay with her husband. The reason I disagree with that, to an extent, I mean, there is some truth to that, let’s be honest, but I disagree what that to an extent because … excuse me, Bill Clinton doesn’t have the same kind of horrid attitude towards his wife.

People cheat, and it’s disgusting and it’s despicable, but that doesn’t mean that they absolutely despise or dislike or have no respect for their spouse. I think Bill Clinton has a tremendous amount of respect for Hillary Clinton, and I think it’s that respect with which their relationship was able to carry on. Donald Trump has no respect for Melania, and in any kind of relationship, that is what creates that toxicity, and that is the difference between these two. S.E. Cupp did not point that out, but that is what the difference is, and that’s why I don’t 100% agree with her on that.

But nonetheless, Melania Trump is in a position where she could send a message to girls and women and men and children and everyone across this country that somebody is never too powerful to be walked away from.