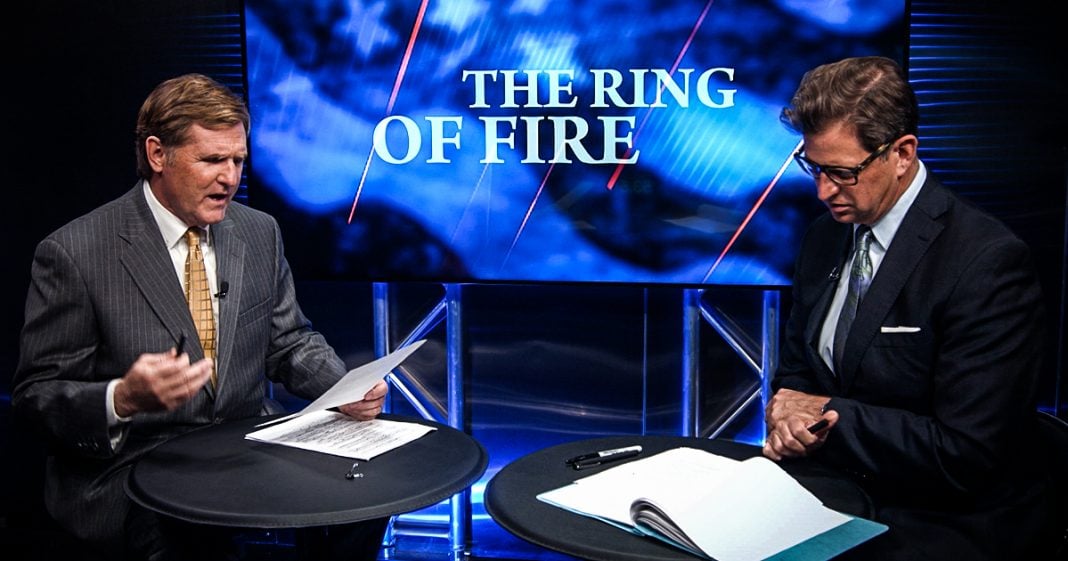 A Cannabis Church in California is suing their local sheriff’s department for raiding their church and seizing $30,000 worth of marijuana. Cannabis is accepted by the church as central and vital to their beliefs, and want the authorities who raided them to be held accountable for violating their right to religious freedom. Ring of Fire’s Mike Papantonio and Peter Mougey discuss this.

Mike Papantonio: Cannabis Church, there was a raid on these folks they call The Cannabis Church. And they’re saying that the police came in. They took $30,000. They took cannabis. They cleaned them up. They just said, “You’re out of business.” Well, the group is saying, “No, we’re not out of business because we’re a church. We’re a cannabis church. We have an association of faith and we have the right to protection as a church.” It’s really no different. It’s no different from the Rastafarians. The Rastafarians say, “We have a right to use marijuana.” These people are saying the same thing. They’re saying, “Look.”

Mike Papantonio: Yeah. This hasn’t been tested. Here’s the problem they have with this. Okay, so get ready if you’re part of the Cannabis Church. Dude.

Mike Papantonio: It is clever.

Peter Mougey: You’ve got to give it to them.

Mike Papantonio: But the dude abides and all that, I don’t think the dude’s going to abide here because what you’re going to find is that there are statutes in place. There’s state statute. The statute says that you have to comply with certain registration, certain tax requirements, certain health requirements. There’s all these things you have to do before you can call yourself a church. It’s a pretty lengthy process. And in addition to that, you have to do those things in order to sell cannabis. So it’s kind of a loser, I think. I don’t think they’re going to prevail on the first … On this idea of religion. But I wonder. As I looked at this story, I kind of wondered. Is this Sessions overreacting? Is this part of Sessions saying, “We’re going to clamp down on marijuana out in California because they’re ignoring us”? What’s your take?

Peter Mougey: Easy target off the, as far as somebody claiming this is a religion. I think they went a little too far. It could be Sessions. I’ll tell you what, though, I don’t think that they needed to push the church issue. They’re in California. It doesn’t really make any sense.

Mike Papantonio: Well, I mean maybe somebody says, the ACLU says, “Well, we want to test and see if you’ve got a right under church.” Hey, listen. With Scientology, Scientology is a religion if you look at the IRS and you look at the way the government looks at Scientology. And from whatever planet Scientology comes from, they feel like they have enough, “Yeah, we can qualify as religion.” I think this is a loser. But I think under the right circumstances, I think it probably could’ve prevailed. But it had to be set up better. You had to at least comply with statutory … When you say … We have to actually be set up as a church and we have to say that maybe cannabis was part of sacrament, like the Catholic Church may say wine is part of the sacrament. They say cannabis is part of the-

Peter Mougey: Was it the feds that went after him or was it the local sheriff’s department? Because I think either way, it really is kind of a crazy story that they’ve decided to …

Mike Papantonio: Let’s follow this one and see whether The Cannabis Church makes it through this one.