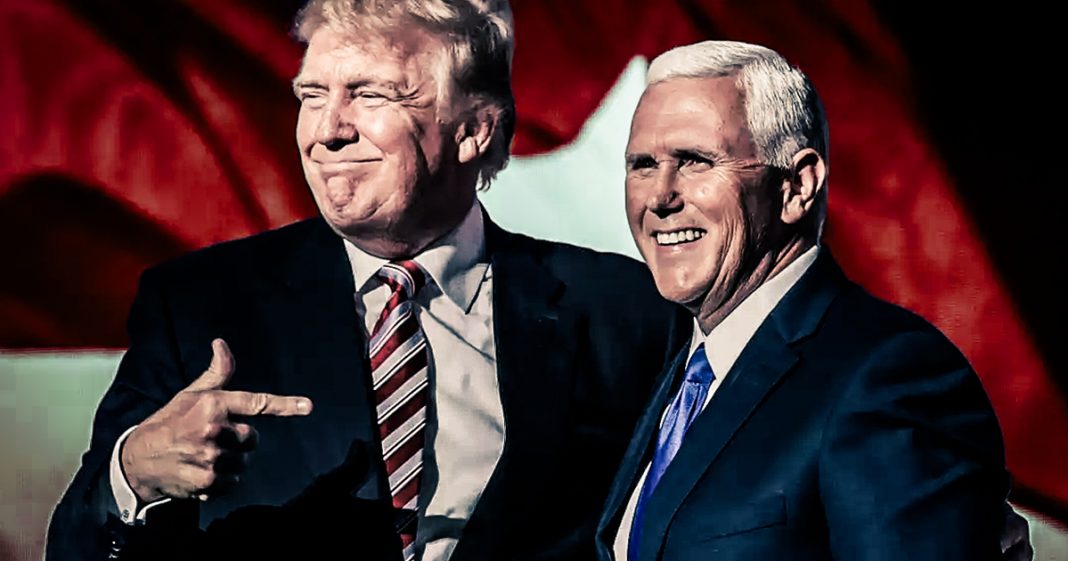 President Donald Trump and Vice President Mike Pence have combined to form what is likely the most anti-female administration in modern American history. Trump’s misogyny and philandering coupled with Pence’s backwards religious views towards women have made them a threat to women all over this country. Ring of Fire’s Farron Cousins discusses this.

President Donald Trump and Vice President Mike Pence put together are basically one of the most anti-female administrations, at least in modern history, in the United States. When you think about the fact that Mike Pence and his overly-fundamental religious views prevent him from even sitting down at a restaurant or at a table with a woman who is not his wife if his wife is not present, that says a lot about what this man thinks about women. Not to mention the fact that his, again, overly religious views make him believe that women should not have the right to choose what they do with their own body. And then you have Donald Trump, a guy that is currently being accused by at least 19 different women of sexual misconduct. A man who had an affair with an adult film star while his wife was at home with their four-month-old child, he’s had several affairs since then. He views women as objects; they’re not people, they’re not rational, thinking human beings, they’re sexual objects that he can enjoy and then dispose of when he is finished.

But when you put both of those together, Mike Pence believing that women are inferior and Donald Trump believing that women are objects, combined that really does create one of the most anti-female administrations that I have seen throughout my entire lifetime and I think a lot of people would agree with that there. These men are a danger to women in this country. Donald Trump due to his impulsive and uncontrollable nature towards women, and Mike Pence due to his overly religious “men are better than women” way of thinking. This can not be acceptable anymore, we have to get past this as a society and unfortunately it appears that we’re actually going backwards. Instead of women making strides, even in the federal government, we now have a president and vice president who both firmly believe that men are somehow genetically superior to women.

Until we get these kinds of people out of American politics we are not going to see any kind of internal structural change towards the … with regards to, I should say, the attitude towards women in this country. There will always be wage gaps, there will always be old, crusty men telling women what they can or cannot do with their bodies. And it all starts with people like Trump and Pence, who believe, as so many other Republicans do, that for some reason men are better than women. And they’re going to do everything they can to make sure that their policies reflect that.