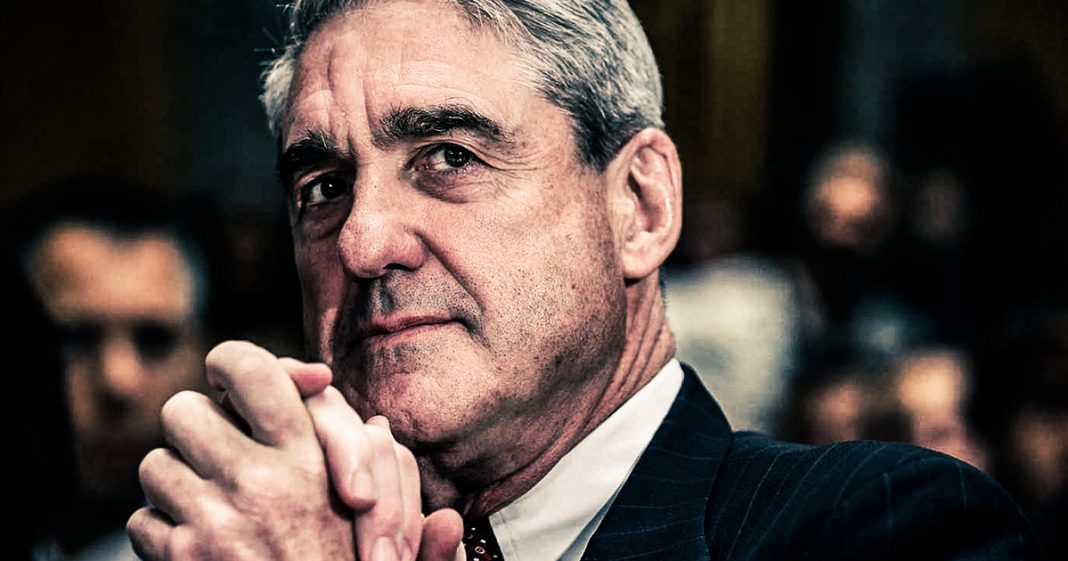 Donald Trump is running out of lawyers, and as recent reports show us, he isn’t having any luck finding other people to take the places of the lawyers that have left. Trump swore in a tweet recently that his legal team was great and that lawyers were lining up to join the team, but so far no one wants to take him on as a client. Ring of Fire’s Farron Cousins discusses this.

On Sunday morning, Donald Trump tweeted out the following: “Many lawyers and top law firms want to represent me in the Russia case … don’t believe the Fake News narrative that it is hard to find a lawyer who wants to take this on. Fame & fortune will NEVER be turned down by a lawyer, though some are conflicted.” What’s interesting about this tweet is that about 24 hours after Donald Trump sent it, a report came out showing that two more lawyers have declined to take positions on Donald Trump’s legal team for the Mueller probe.

So right now, Donald Trump basically has one main lawyer left on his legal team, and in spite of what he tells us on Twitter, that people are just lining up out the door wanting to join his team, nobody actually wants to join his team. And what’s funny about this is that this is not the first time this has happened. As recently as last summer, in 2017, reports came out showing that top law firms throughout the country, several in New York City alone, declined to take on Donald Trump as a client when he was looking for lawyers to represent him in this probe when it was first beginning.

So this is not new. We have known for probably nine months now, I guess, that no reputable, credible and talented lawyer in this country wants to go work with Donald Trump, and there’s several reasons for that. First and foremost, Donald Trump does not take the advice of the lawyers that he hires. John Dowd, the lawyer who just quit, was very clear about that fact. The second is that Donald Trump can’t be trusted. He lies all the time. They’re worried he’s going to lie under oath, which is why they were trying to tell him, “Do not go and interview with Robert Mueller,” but he wants to do what he wants to do, again, because he’s not going to take their advice.

And number three, and this may play a smaller part in it, is the fact that a lot of these lawyers, very high-priced lawyers, understand that Donald Trump has a sordid history of not paying his bills, including at times his own legal bills. So it seems unlikely that you’re going to find a good lawyer willing to take on a client who’s not going to listen to you, who you have to worry about constantly lying, and then, when it’s all over, you’re not even sure if you’re going to end up getting paid for saving his butt from Robert Mueller.

So no surprises here. Donald Trump’s brash, arrogant personality is turning away the most talented lawyers in this country, and my hope is that the rest of his legal team also leaves, so that Donald Trump is left with the same kind of justice system that the rest of this country has to operate on, where he has to get a public defender. You know, maybe some young man or woman who just got out of law school, taking on 20, 30 different cases a week, so they don’t have enough time to fully study everything in there. Maybe then we can get some changes and possibly more funding for the public defender system here in the United States.

But that is my hope for the President, and not because I think it’s going to end badly for him that way. I do, but that’s not why I want to see that. I want to see it because there’s millions of people in this country who have to face that kind of justice every day, working with an attorney who doesn’t have enough time to devote to their case, so they strike plea deals, and we end up with innocent people going to prison, all because they’re reliant on this public defender system that we have, that the federal government, at every opportunity, is attempting to cripple. Maybe if Donald Trump has to use that justice system, maybe we can make some real changes to it for the better.