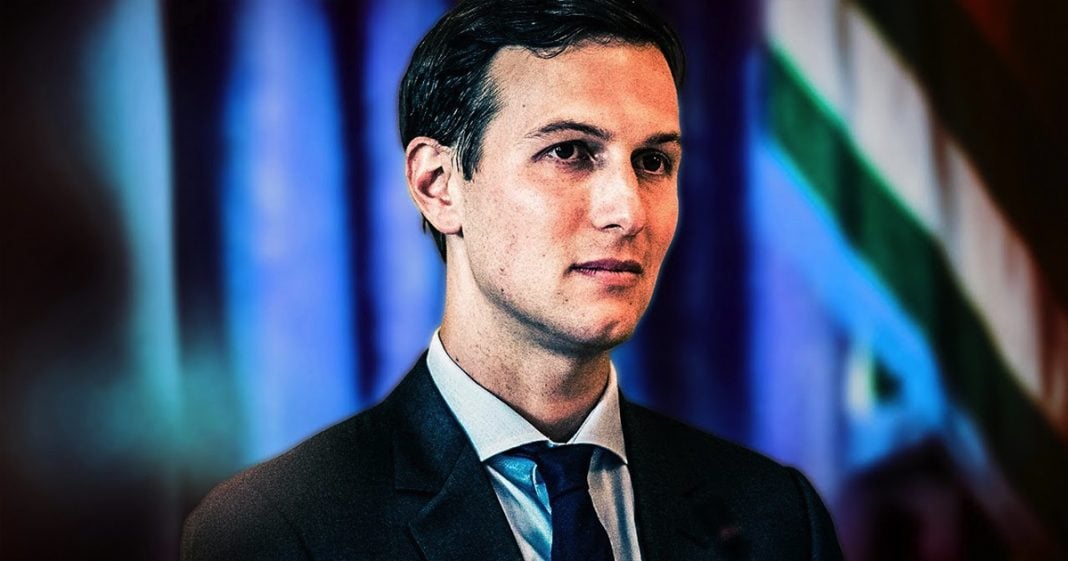 Jared Kushner is now being investigated by a fourth body, but this one is a little more close to home for the President’s son-in-law. The White House itself is now investigating $500 million worth of loans that Kushner’s business received shortly after meeting with executives from the banking industry in the White House. Ring of Fire’s Farron Cousins explains why Kushner’s time at the White House is about to come to an abrupt end.

Jared Kushner, son-in-law of Donald Trump and White House aid/advisor/whatever he is, is now under his fourth separate investigation. And this one is actually coming from the White House itself.

This one in particular though, again, this is the White House itself having to investigate this guy because they think there could be some illegal, or otherwise unethical activity that took place in the White House when he secured those loans for his businesses after meeting with those executives.

Jared Kushner does not have much time left at the White House, I think that’s pretty obvious to anyone regardless of your political affiliation, or your opinion of Jared Kushner. When even your own father-in-law, when his office decides that you need to be investigated because something doesn’t seem right, yeah, I think your time is running out there Mr. Kushner.

And this is exactly what Donald Trump and John Kelly have been wanting. They have plenty of reasons now why they could fire Jared Kushner and not feel bad about it. As reports have shown us for several weeks now, Donald Trump wants Jared Kushner, and some reports say he even wants Ivanka as well, out of the White House. And now that the White House is having to investigate Jared Kushner, I think Trump has pretty solid ground to not piss off his family by getting rid of Kushner, because he is clearly too unethical to hold any kind of office in the federal government.