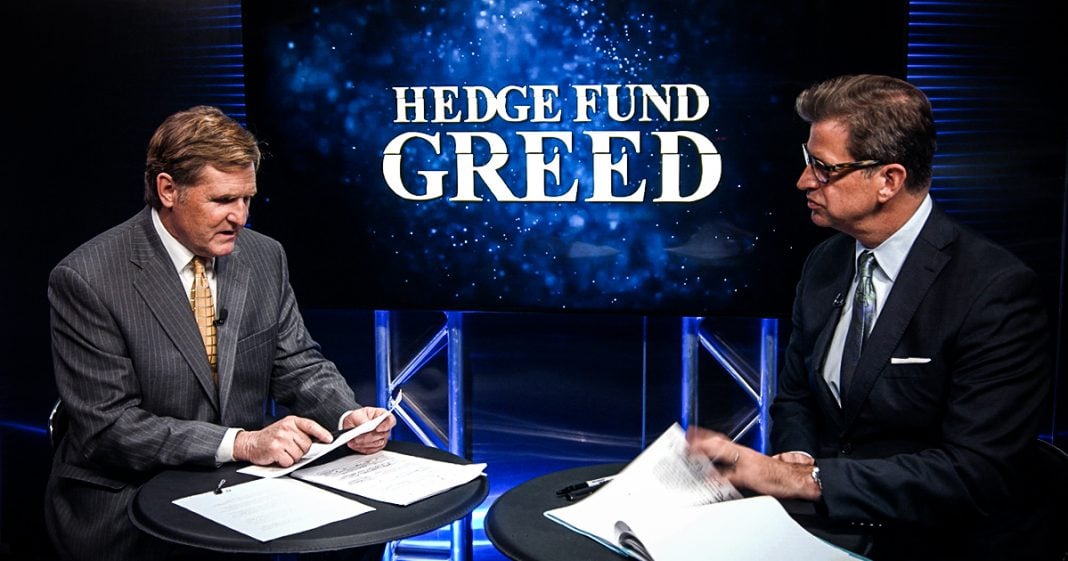 Retail giants are going bankrupt left and right, which doesn’t make sense since the economy is actually getting better. But a report by David Dayen in The New Republic shines a light on what’s really behind retail stores like Macys, Toys R Us, and countless others being forced to shut their doors. Ring of Fire’s Mike Papantonio and Peter Mougey discuss this.

Mike Papantonio: Retail giants are going bankrupt left and right, which doesn’t make sense since the economy really is actually getting better. All the numbers show, whether you like Trump or not … I don’t think it has anything to do with Trump. I think it has to do with just the cycle of the economics, but he’s president, while the economy is clearly getting better. But a recent report by David Dayen in the New Republic shines a light on what’s really behind retail stores like Macy’s or Toys ‘R Us and countless other companies being forced to shut their doors.

Now we just happen to have Peter Mougey. Peter, you are a specialist in this vulture capitalism. You’ve handled huge cases where it comes to this type of predatory capitalism that’s taken place. What’s happened? Why are these people going bankrupt?

Peter Mougey: I’m all in favor of making money. It’s not the, the problem here, these are these asset stripping schemes.

Peter Mougey: Where they come in, these private equity firms and they just load the company down with debt, and they strip the capital, they strip the revenue out of the company. One of the key ways that they do it is that they’ll, they’ll loan the company hundreds and hundreds of millions of dollars. They strip the assets off, like the actual physical property that they’re on, and put them in other entities. Then they charge the actually retailer, like Kmart and Sears did this, they charge them rent, which just … So the debt, the rent, it just chokes the company. Then they start selling off assets. Like Kmart and Sears did it with Craftsman, the tools, and Land’s End outdoor supplies. So they stripped the assets …

Mike Papantonio: They had to sell the asset just to stay in business.

Mike Papantonio: Here’s this, here’s a part of the story that I think really tells it. You got this, you’ve got this organization that comes in. Let’s see, it’s Bloom Capital, one of them. Golden something, Golden Gate Capital and Bloom Capital. The two firms put together a merger, okay, where they, Payless. They come in. They say to Payless, we’re here to help you. We’re going to make your life wonderful. Your stock’s going to go up and everything’s going to be good. Well they’re nothing but vultures, okay? They come in. They strip the company. Interesting.

Peter Mougey: They stripped out $2 billion in cash.

Peter Mougey: And Payless is in bankruptcy.

Mike Papantonio: And now Payless is in bankruptcy. But this is the new method of operation in America. This, we thought it went away.

Mike Papantonio: Oh my God. This makes Gordon Gecko look like a saint, my God. They’ve taken it to a whole new … By the way, have you … Why is it that you always see Duke University’s name behind some of these folks that are doing it? Do they have like a special MBA program that shows corporate raiders how to do business?

Peter Mougey: How to do this, yeah. They must.