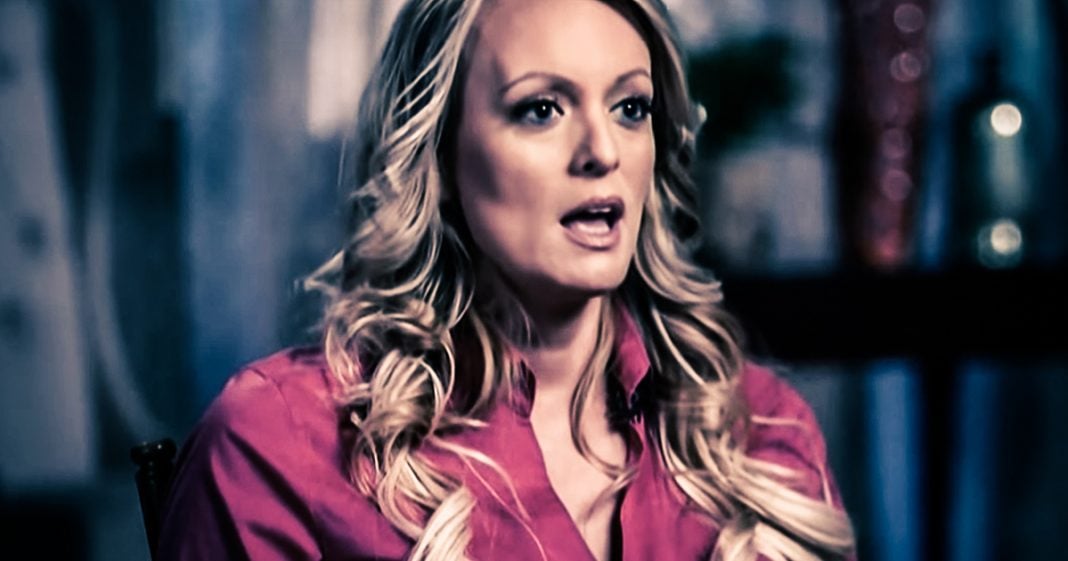 Trump’s personal lawyer Michael Cohen has found himself in the hot seat following the 60 Minutes interview with adult film star Stormy Daniels. Daniels and her lawyer produced documents showing that Cohen made the hush money to Daniels while using his official title and address at Trump Tower while working on the Trump campaign, leaving virtually no room for doubt that this payment was in fact an in-kind campaign contribution. Ring of Fire’s Farron Cousins discusses this.

On Sunday night 60 minutes on CBS aired the much ballyhooed interview that they had with Stormy Daniels. The interview was conducted by Anderson Cooper and to be honest, we didn’t learn a whole hell of a lot from that particular interview. Nearly everything that Stormy Daniels had said during the interview was information that was already readily available to the public, including the fact that she had been threatened. That story actually came out about a week or two ago. So we didn’t learn really anything new from that particular interview. We did learn that Anderson Cooper doesn’t seem to understand what a nondisclosure agreement means and that that would explain why she issued statement saying she didn’t have an affair with the president.

But other than that, the only thing that really stuck out about this particular interview was the fact that Michael Cohen, Donald Trump’s attorney, had been corresponding with the Daniels and her legal team from his address at Trump Tower, while being identified as one of the members of Donald Trump’s campaign for president. That particular piece of information is important, and that could be what brings Michael Cohen down for this hush money payment that he made to Stormy Daniels.

I think that’s the avenue that Daniels’ attorneys are probably going to go here, but the biggest thing is that Michael Cohen paid the money. We know that. These documents that they have show that he paid it, show that he was working out of Trump Tower, which makes it increasingly unlikely that Donald Trump himself didn’t know about it. Unfortunately, we still do not have that particular link to show that Trump authorized this, knew about it, or engaged in this cover-up in any way as of right now. But Michael Cohen is in serious legal trouble at this point.

The one good thing 60 Minutes did last night was talk about the fact that John Edwards, a former Democratic presidential and vice presidential candidate, was indicted for the exact same thing that Michael Cohen did with Stormy Daniels. The former chairman of the Federal Election Commission who was on 60 Minutes last night said in simple terms that, “Yes, this is a violation of campaign finance laws, and that’s what we’re looking at here with Michael Cohen.” Again, whether or not this can be linked back to Donald Trump is going to depend on whether or not prosecutors are going to be able to flip Michael Cohen. Is he going to turn on Trump? Does he have information that would implicate Trump? Or was this truly just Michael Cohen acting on his own to pay off Stormy Daniels?

We already know the Robert Mueller, the special prosecutor, has requested documents involving Michael Cohen. We know that he is interested in this pay-off money, so it’s very likely that Robert Mueller is already on that particular track. Again, maybe he can link it to Trump, maybe he can’t, but at the end of the day, Michael Cohen is the guy right now set to go down, and only he knows for sure if Donald Trump is going to go down with him.