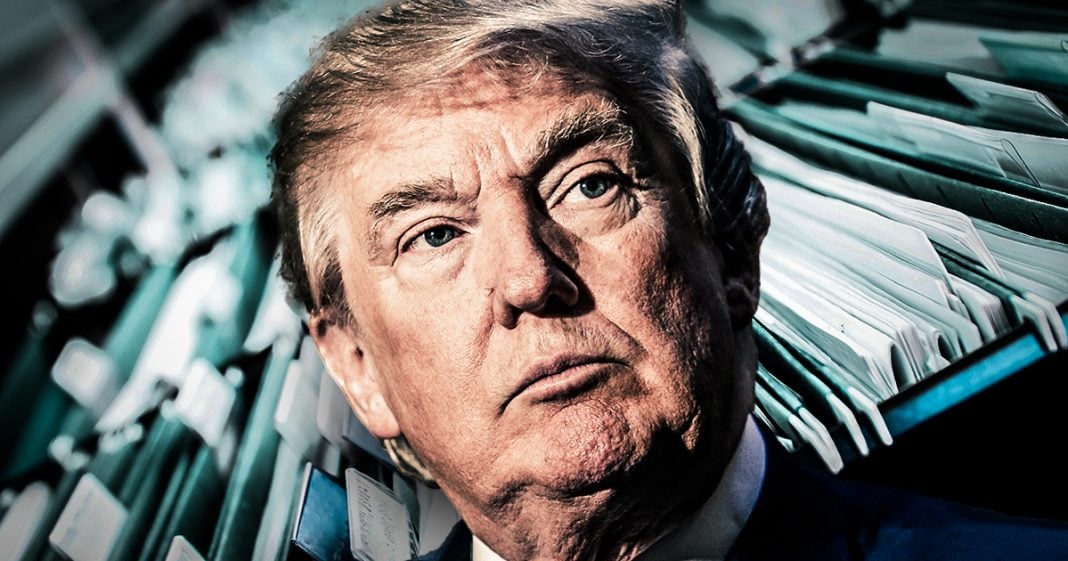 It has been revealed that Donald Trump is making some of the highest level staffers in his administration sign nondisclosure agreements that extend far past his presidency. This means that he doesn’t want anyone from his administration telling any of the dirty secrets that they uncover while working for Trump, as Ring of Fire’s Farron Cousins explains.

According to a new report that came out this past weekend in the Washington Post, Donald Trump has made some of his highest level advisors and staffers sign nondisclosure agreements so that when they leave this administration they’re not able to go and tell their story, talk to the press, write a book about what happened, or profit in any way from their knowledge about the Trump Administration. And furthermore, these aren’t just typical nondisclosure agreements. These aren’t just about government secrets that you may learn, which would be understandable. You know, I mean, if Donald Trump calls you in and says, “Hey, look. Here’s everything we know about extraterrestrials,” you probably would need to sign a nondisclosure so you don’t go tell the public. That’s just an example, not saying I believe in that.

But, these nondisclosures actually go a little bit further than that, because it’s not just about government secrets. It’s about what happens personally inside the White House, things that Donald Trump says off the records or behind closed doors, and it extends, ostensibly, throughout eternity. These staffers are never allowed, under the threat of a $25 million lawsuit from Donald Trump, to tell anyone what Donald Trump has said or done behind closed doors.

This is not normal. American presidents do not do this. Now, we do know that, again, they do make them sign nondisclosures about any kind of classified information that they find, anything they know about foreign policy that could get people killed, or again, any kind of state secrets. That’s understandable. But to tell these people that you can’t go out there and tell them what Donald Trump said behind closed doors, that we can’t know about his potential, I don’t know, racist leanings, racist rantings behind closed doors, that’s purely disgusting. This has nothing to do with protecting trade secrets or protecting the integrity of the United States. This is about protecting Donald Trump himself, and that is unacceptable and absolutely disgusting.

Trump can’t do this. Okay? That’s the main point. He can’t do this, and any staffer that decided to sign on to one of these nondisclosures, you’ve screwed yourself and the American public. The presidency is a public job. A job where every decision that you make, the public knows about it. We get to see what happens. That’s part of the sacrifice that the president has to make, is that every move he makes, everything he says, people are watching and understanding what’s happening, and Donald Trump is trying to take that away and become the least transparent president that we have ever had.

So my advice, if any future Trump staffers happen to be watching here, do not, under any circumstances, sign on to one of these agreements. The American public has a right to know about the person that’s sitting in the White House. It is not up to him to decide who gets to say something and who doesn’t. These nondisclosure forms are not to protect the integrity of the United States. They protect the image of Donald Trump, and that’s something that the American public need a really good, clear picture of to understand the kind of monster that we have sitting in the White House right now.