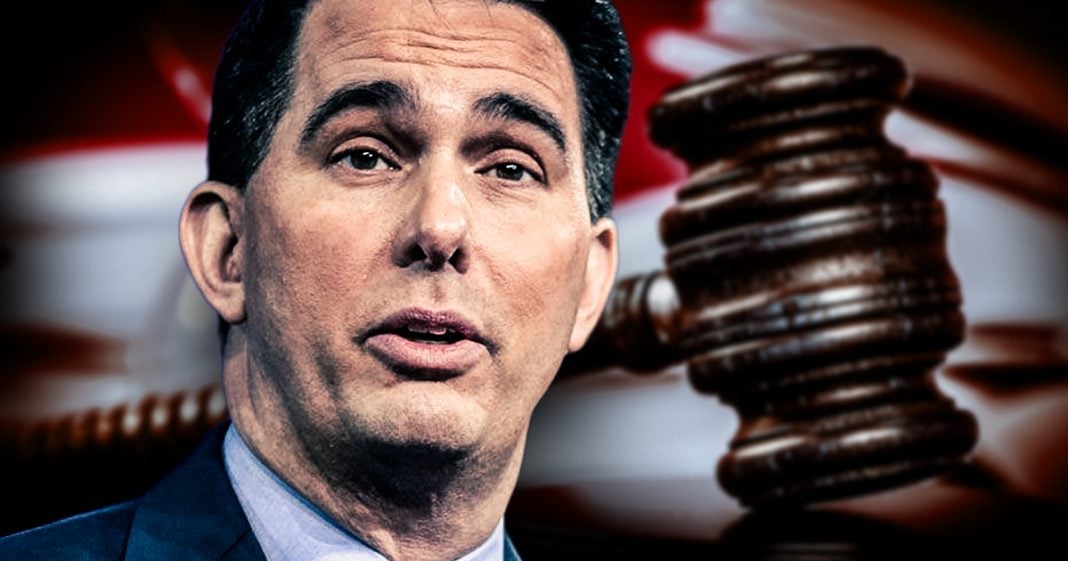 A Wisconsin judge has told Republican Wisconsin Governor Scott Walker that he has to hold special elections to fill vacancies in the state legislature, even if that means that the Republicans will lose those seats. Walker had been denying the elections from taking place because he was afraid of losing some of his power in the legislature, and that move isn’t going to win his party any favor. Ring of Fire’s Farron Cousins discusses this.

A judge in Wisconsin this week ruled that Republican Governor Scott Walker from Wisconsin has to quote promptly hold special elections to fill the vacancies, that have been created in the State Legislature. Now here’s the story, Scott Walker had been trying to postpone, and put off these special elections for quite some time well over a month actually because he was terrified that Republicans were gonna lose those seats, and could possibly either lose control of the legislature, or lose their margin of Republicans to the point where it basically becomes an even keel, and they can’t get anything done to pass their horrible Republican agenda.

So Scott Walker decided you know what I’m just not gonna have democracy anymore. We’re not gonna have elections so that way Republicans can’t lose if there’s nothing to lose. Well the judge who by the way was appointed by Scott Walker had to tell him this week yeah, that’s not how the Federal Government works. It’s pretty much how dictatorship works, which is what Scott Walker would love to be in the state of Wisconsin, but in the United States, which at the moment Wisconsin is a part of regardless of what Scott Walker wants to think you have to have elections.

He says if these people can be trusted to pay taxes, if they can be expected to have a voice then they need to be expected to have a representative in the State Legislature that’s what the judge said. And Scott Walker obviously at this point reluctantly is going to have to hold these special elections. But my prediction here is that he’s probably gonna try to appeal this ruling. He’s probably gonna try to appeal it as far as can go, which could end up even worse for Scott Walker, and Republicans ’cause Scott Walker’s not the only person we’ve seen try to do this.

The State of Alabama actually outlawed special elections after Doug Jones beat Roy Moore. They passed a law saying that now instead of special elections the State Governor who’s almost always gonna be a Republican is gonna be the one to pick somebody to fill that vacancy. So hopefully he does appeal this, and it goes the way of courts ruling that yeah, when there is a vacancy you have to have an election. If you don’t like that there’s plenty of countries around the world that are being run by dictators where you people like Scott Walker, or the government of the State of Alabama may feel more at home.