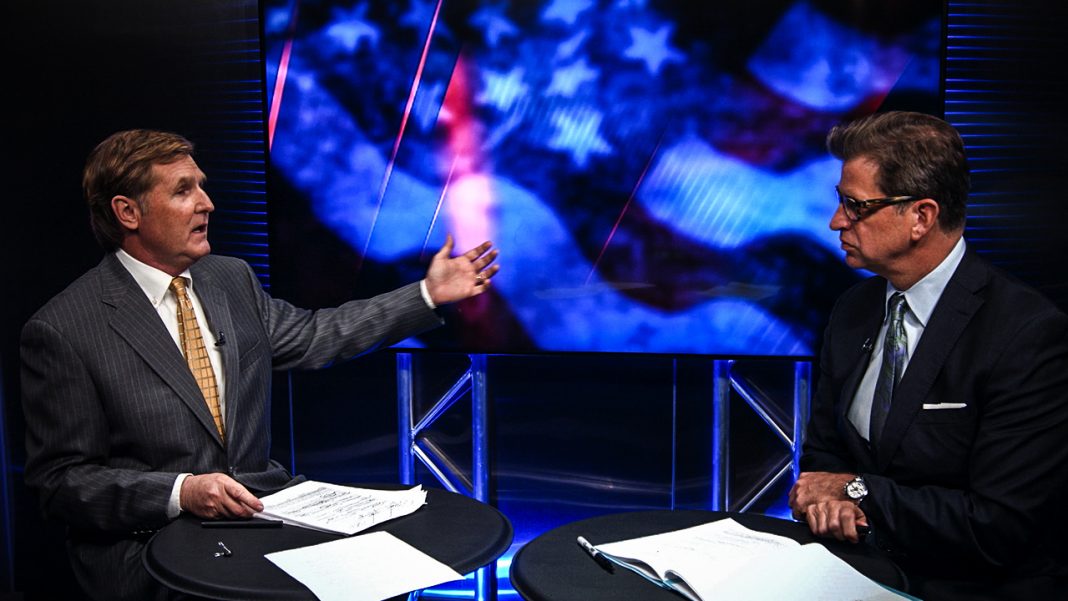 The firing of Andrew McCabe as the deputy director of the FBI has captured the headlines in the last few days, but what most people may not realize is that McCabe was probably ripe for firing. Ring of Fire’s Mike Papantonio and Peter Mougey discuss this.

Mike Papantonio: The firing of Andrew McCabe as the Deputy Director of the FBI has captured the headlines in the last few days, but what most people don’t realize is that McCabe was probably ripe for firing. I mean, if you really look at this story. What I like about this story, you got the Democrats saying, “Oh, my God. This is so wrong.” You even got some Republicans, “Oh, this is just so wrong.”

No, the guy is a dolt. Take the politics out of it. Remove the politics from the issue. The guy is a bonehead, he’s incompetent. That’s why he should have been removed. We have such a difficult time removing bureaucrats who move up the system, and they become the top person in charge, and they’re boneheads. And we have a problem firing. This guy, understand, this is what everybody’s missing. His own peers-

Mike Papantonio: The people he was working with before this ever came up. The year before said, “Get rid of him, he’s a goof.”

Peter Mougey: Right. I’m bothered by the lack of transparency with some of these investigations though, and the FBI, everything’s cloak and dagger, secret. Let’s get this stuff out a little bit more in the open. I just am tired of this soap opera. It’s a three-ring circus. It’s been in the news for it feels like a year. Every time you turn it on. Let’s just open up the files, have everybody look at the, get-

So now McCabe, who is going down the tubes, he’s been there 20 years. He’s been a dolt, he’s been a bonehead for 20 years. He should have been fired years ago. Not because of politics, but because he’s an idiot. So he’s there 20 years, and so now McCabe is saying, “Well, I’m not going to be the only one going down. If I’m going, Comey’s going, and everybody involved in this whole thing is going down the tube.”

Peter Mougey: This went up the food chain, down the food chain. There was a group of people that knew that he was releasing some of this material.

Mike Papantonio: If I’m his lawyer, aren’t you advising him? Say, “Absolutely. Don’t let Comey hide. And don’t let …” Comey has committed perjury, if what McCabe is saying, he’s committed Congressional perjury. All right. Now the point is this. This is not even a Democrat or Republican issue. You have dysfunction in one of what should have been one of the key law enforcement organizations in America.

Mike Papantonio: It’s embarrassing. Now I can’t help but think of this. I can’t help but think of what a creepy character J. Edgar Hoover was. Okay. And I think back to what this, this is a guy who built this. Well, he’s built something that’s become totally dysfunctional. Not just because of the issues on … They wanted to try to defeat Trump, and Bernie Sanders, so Hillary could win.

Not just because of that. But because they missed the issue on … A child is going to commit murder down in South Florida. They don’t have enough sense. They’re not competent to follow an email chain that this kid is on saying, “I’m going to go kill people.” And so this is the FBI that we’re supposed to be-

Mike Papantonio: This is the people we’re supposed to … Waco, isn’t that a great example of the FBI?

Peter Mougey: But Comey’s got a book coming out.

Mike Papantonio: Comey has a book.

Mike Papantonio: Now let’s talk about that just a second-

Peter Mougey: I’m having trouble with the book and him profiting off the book.

Mike Papantonio: Well, what is the title of his book?

Peter Mougey: What is the title?

Mike Papantonio: The title is, what is it, Truth Wise. I had it in here somewhere.

Now while he’s out there making millions of dollars doing that, you got McCabe saying, “Wait just a second, man. You’re the guy who told me I could leak this information. And now you’re calling me a liar. You committed perjury in front of Congress.” And I potentially don’t have a future. I don’t even have a pension program right now.

Peter Mougey: So this story is just starting to heat up-

Mike Papantonio: That’s exactly what’s going on. If I’m going down, you’re coming with me.

Peter Mougey: His lawyer, hopefully, is telling him, “Hell, yeah. Fight back. Call them all out on that.”