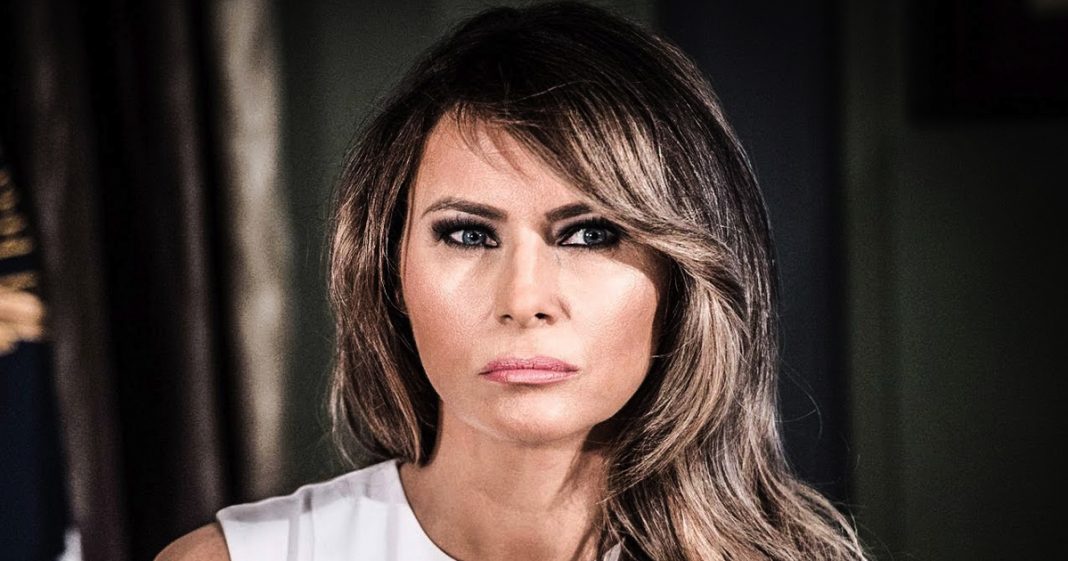 On Tuesday, Melania Trump met with leaders of the digital world to address the growing problem of cyber bullying. And while she acknowledged that people in this country view her mission with skepticism, she managed to go through her entire meeting without ever mentioning the constant insults, threats, and attacks being lobbied online by her own husband. If she wants to tackle cyber bullying, she needs to start with her husband, as Ring of Fire’s Farron Cousins explains.

On Tuesday, First Lady Melania Trump held a round table with tech executives from around the country to discuss the issue of cyberbullying, and during this she mentioned, because the cameras were rolling, that a lot of people in this country are skeptical that she’s going to be able to tackle this issue, and they don’t necessarily trust her with it, but she’s going to push on anyway. Well you know what? Good for you. This is a very important issue. Cyberbullying is a massive problem in the United States. We’ve seen too many kids and young adults in this country commit suicide after begin cyberbullied, so I applaud Melania Trump for taking on this noble cause. And at the same time, I have to say that Melania Trump is probably the biggest hypocrite on the planet for taking up this cause.

Melania Trump knows, she knows … and that’s why she made that little statement … that one of the biggest cyberbullies in the United States today is the man that she lays down next to every night before she goes to bed, her husband, Donald Trump. He gets on Twitter on a near-daily basis, making fun of the way people look, making fun of the way they talk, making fun of their failures in life, joyously celebrating when he strips them of their pension after they’ve spent more than two decades working for the federal government. That is all cyberbullying, and she has not done a damn thing about that.

And yeah, there’s lot of other cyberbullies in this country, but not a single one of them has as much exposure, reach, and influence as her husband does, and that’s why he’s the worst. Think about that. We have the President of the United States, arguably the most powerful human being on the planet, who engages in this kind of infantile behavior, making fun of people’s appearances in tweets. That is something that none of us would accept from our children, and yet we’re supposed to accept it from a President of the United States while his wife is out there talking about the dangers of cyberbullying?

No, I don’t buy it. I’m not going to buy it. I don’t believe it. I don’t believe that she’s serious about this issue, because if she was, she would start with Donald Trump, and if she can’t make him change his ways, then she could leave him. If she truly cared about cyberbullying, if she thought it was a big enough problem that deserved her attention, she would not be with someone who regularly cyberbullies American citizens, private citizens in many instances, but she is. I don’t take her seriously on this issue, and nobody else should either, because if she wanted to solve the problem, she’d start with her husband.