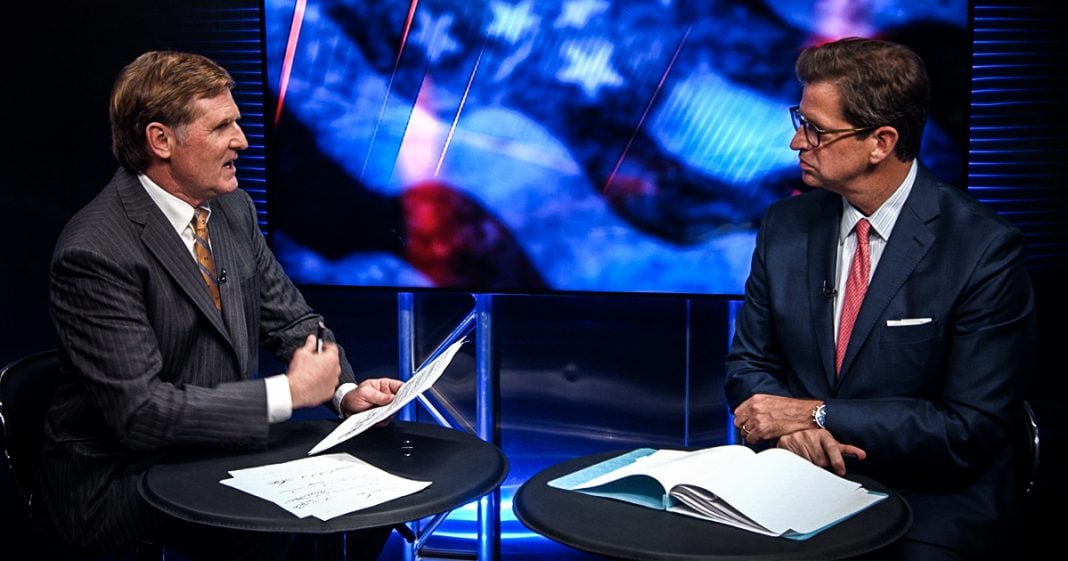 In a ruling that environmentalists are calling a “victory for everyone who breathes,” a federal district court ruled that the EPA is violating the law by not implementing crucial smog protection guidelines mandated under the Clean Air Act. Ring of Fire’s Mike Papantonio and Peter Mougey discuss this.

Mike Papantonio: Well, in a ruling that environmentalists are calling a victory for everyone who breathes, a federal district court ruled that the EPA is violating the law by not implementing crucial smog protection guidelines, mandated under the Clear Air Act. Well, okay, this story is much like the one that we talked about last week where you had the FCC not doing their job. They were sued. The suit is called, it’s a mandamus.

The mandamus suit is saying you have been given certain responsibilities, EPA. Now the EPA, of course, is completely, utterly dysfunctional already, without any help from this administration. I’m right now working on the Monsanto Case. For example, Roundup Monsanto is killing people all over this country with non-Hodgkin’s lymphoma. EPA, I wish I could have them in court as one of the defendants, because they actually made that happen.

It’s not that they’re a bunch of bongo heads. It is that they’re participating in these schemes, Monsanto, DuPont, that I just finished last year up in the Ohio River Valley, I should have been able to sue the EPA. I can’t sue the EPA, but what I can do is I can file a lawsuit that mandates that they do their job. It’s called a writ of prohibition, where you’re saying, “Entity, EPA, you’re doing something that you’re not allowed to do.” It’s called a writ of prohibition or mandamus, do what you’ve been ordered to do. What’s your take on this story?

Peter Mougey: Well, exactly what the judge said. The court said from the federal district court for the Northern District of California. It’s called a non-discretionary duty, meaning that Pruitt has to identify the cities that are violating the Clear Act. It’s the Bay Area, it’s Central Valley, it’s Los Angeles, it’s New York, and he’s not reporting. If you report those cities, then those cities all new factories have to implement state of the art, best clean air scrubbing, the most efficient manufacturing facilities, all new. When you put them on that list, then they have to facilitate. Now, is this a big shock? You put Pruitt in, who as the former AG of Oklahoma-

Mike Papantonio: He wanted to close the EPA there. Now is this a big shock that he’s not following the rule of law? Absolutely not.

Peter Mougey: Well, anyway the point is, the only way to fight back is individual organizations, individuals citizens, have got to start filing writs of prohibition and writs of mandamus to make these organizations do what they’re supposed to do. What it does is it creates publicity sometimes. I mean, trying to get the corporate media to even cover these stories is almost impossible, but sometimes you will get coverage.