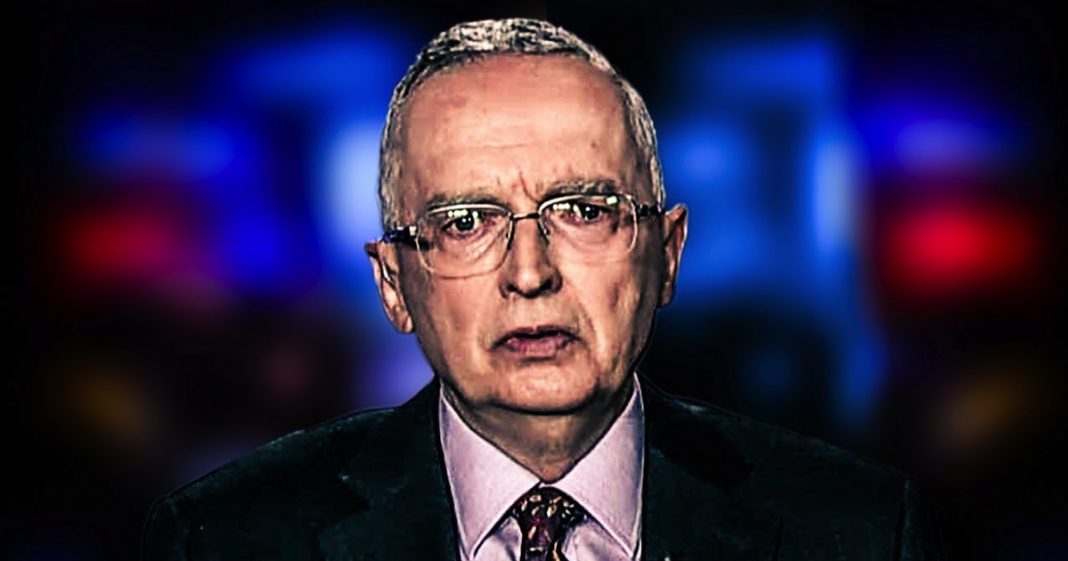 Retired Lieutenant Colonel Ralph Peters announced that he was quitting his position as a Fox News commentator because he could no longer be a part of the network’s propaganda machine. Peters, a stalwart Republican, believes that the network has left the realm of news journalism and become nothing more than a cheerleading organization for Donald Trump – and he’s absolutely correct. Ring of Fire’s Farron Cousins discusses this.

This week a Fox News commentator who’s been with the network for over 10 years decided to abruptly quit because he believed that the network had become nothing more than a propaganda machine for the Trump administration. The person in question is retired army lieutenant colonel Ralph Peters, a guy who dedicated his life to military service and once he retired, he became a commentator on Fox News because he is a hardcore Republican. And he believed when he joined Fox News and for most of those years that he was doing honest work. That he was helping the network with their journalistic integrity. That he was bringing insight that few in the country have and that the network was truly a great voice for conservatives in the United States.

But all that has changed in the last year. Fox News, as Peters points out, has become a mouthpiece for the Trump administration. They have thrown all integrity out the window if they even had any to begin with, which I don’t think they did. And that Peters said he was ashamed to even be associated with the network at this point. Why? Because he recognizes from the inside the downward spiral that Fox News has taken. He’s not going to sit by and be a commentator for a network that glosses over the potential crimes of Donald Trump, that continues to misdirect their audience by talking about Hillary Clinton at every given opportunity or still trashing Barack Obama even though he’s been out of office for over a year. And Peters just wasn’t going to be a part of that.

He understands that’s there’s very serious problems with the Trump administration that need to be addressed by very serious people. He recognizes the damage that Donald Trump is doing to the Republican party, a party that he loves and he sees that Fox News is right there to continue doing that same kind of damage to the Republicans. So I applaud Ralph Peters for taking a stand and leaving this network but more importantly for recognizing what this network has become. Fox News is not a news channel. There’s nothing newsy about them.

Hell, I mean last week Shep Smith came under fire from Fox News hosts and viewers for saying that people like Sean Hannity and Tucker Carlson were purely for entertainment purposes and did nothing in regards to reporting actual news that’s happening the world. Shep Smith then went on a very abrupt but according to him, preplanned vacation, but we’ve seen that happen with virtually everyone who’s been suddenly fired by Fox News for doing something they shouldn’t have so I wouldn’t be surprised if Shep Smith does not end up coming back from vacation.

Nonetheless, the network has always been awful. It’s always been a mouthpiece for Republicans filled with lies and hate and vitriol but in the last year it has become something so much worse and so much more dangerous to this country. Especially considering the fact that they still have the highest rated cable news shows which means the majority of people who watch cable news are watching Fox News. They’re getting this non-information from a channel that they believe is telling the truth and that’s why people like Ralph Peters wanted to step aside and say, “I can’t be a part of this and the public needs to understand that this network is pure propaganda.”