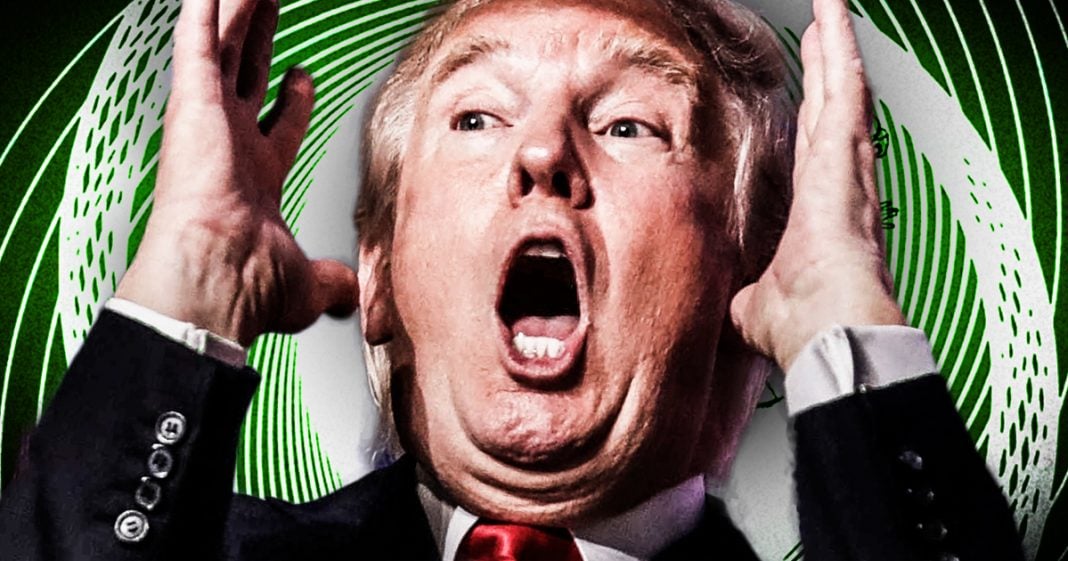 According to a new report by The Washington Post, the legal team that Trump has put in place is now having to serve as therapists and PR workers. While it is probably good that someone is being a therapist to Trump, given what we’ve seen from his legal team it might be more beneficial to leave that job to someone a little more qualified. Ring of Fire’s Farron Cousins discusses this.

Now I understand lawyers acting as PR people, they often have to go out there and give statements about what’s happening with their clients, that doesn’t surprise me one bit. What does surprise me though is that they’re having to act, as Washington Post says, as therapists to the president of the United States.

I want to know a little more about that, I want to know what these people are saying. Are they are actually sitting him down on a couch and saying “Tell me about your childhood. Talk to me about your mother, was she loving? What about your father?” I want to know exactly what’s happening. Or if they’re not actually delving into the problems of this mans psyche, is it more a conversation of “Hey, you need to calm down, why don’t you stop tweeting, put the phone down and go play golf for a few hours?”

We know that happened this weekend with his staffers who whisked him away to the golf course after his little Twitter tantrum on Sunday morning. But I am curious to know exactly what kind of role these lawyer-therapists are playing within the White House, and I also want to know if Donald Trump is at the point where he needs a therapist or even just somebody to talk to to calm him down, don’t you think we could probably find a more qualified person to do this? To maybe help to try to fix the president of the United States?

We have seen the highest level of incompetence from Donald Trump’s legal team, just in the last few weeks. Michael Cohen, John Dowd, Ty Cobb, these people I have no idea how they even managed to get through law school, let alone become lawyers for the president of the United States. They are idiots. And we’re supposed to trust them to act as therapist to the president of the United States.

Again, pretty sure we could find somebody slightly more qualified for that position. And I think a lot of therapists, a lot of psychiatrists, including all the ones who have written a letter talking about how dangerous Donald Trump’s brain is, I think any one of them would be willing to sit down with, and try to get to the root of his problems, and help save this country.

But that’s not what Donald Trump wants. Donald Trump doesn’t want a therapist, he doesn’t want somebody to fix him. He wants somebody to agree with him, and that’s exactly what these lawyers are doing. They’re committing a very gross malpractice of justice in the representation of Donald Trump, and I would think that if Trump had any kind of common sense to him whatever, he would end up suing his own legal team for malpractice, because they’re causing far more damage to his presidency than Robert Mueller has been able to cause in the last year.