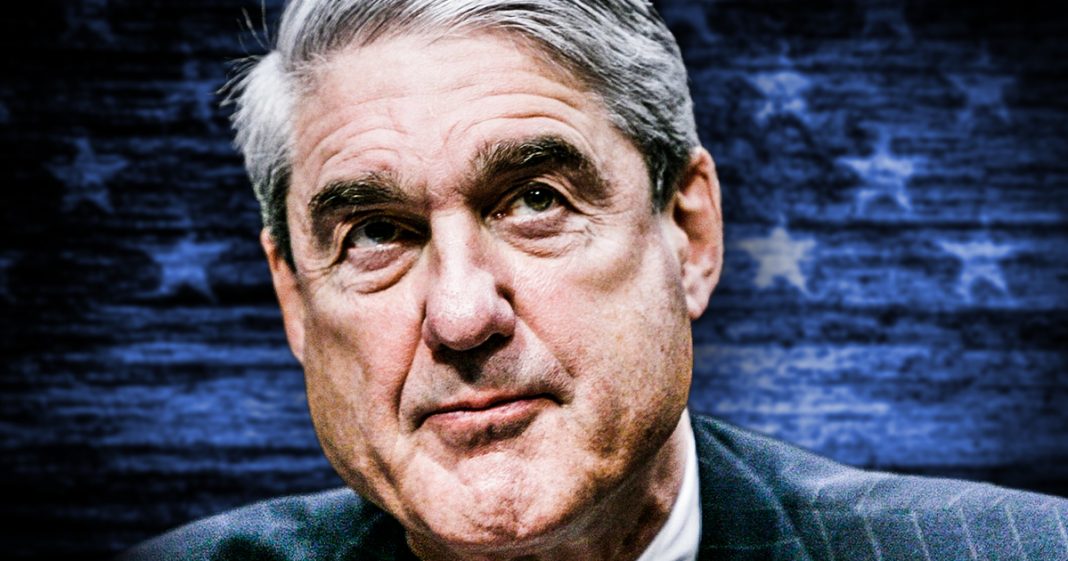 Republicans in both the House and Senate claim that if Trump fires Mueller it would create massive political problems for their party. At the same time, only a handful (4 by the latest count) have expressly come out in support of doing something to protect the special prosecutor from being fired. In the end, these weak “leaders” will do absolutely nothing to preserve this investigation, as Ring of Fire’s Farron Cousins explains.

There’s been lots of speculation recently about whether or not Donald Trump is gonna fire Robert Mueller, the special prosecutor, with a lot of people thinking that possibly, within the coming days or weeks, Donald Trump is gonna make his move and attempt to fire Mueller. Now, Democrats in Washington, DC, or at least most of them would like to protect Mueller somehow with either legislation or some kind of a congressional act that would prevent the President from stepping in and fire him. And to their credit, Republicans have also come out in support of this idea, or at least a handful of them have. In fact, I think by last count four Republicans have said that they would like legislation to protect Mueller. The rest of the 289 Republicans in Washington, DC, have pretty much been silent on the issue, as have a couple Democrats.

Let’s not forget the fact that Dianne Feinstein said that no, we don’t need legislation to protect him, because Donald Trump understands that that’s a no go zone. No, he doesn’t, but nonetheless, these 289 Republicans in Washington, DC, agree that if Donal Trump does fire Mueller, it’s gonna be bad for Republicans politically. Yet, they continue to refuse to do anything to protect him so that he can finish this investigation.

So, let’s start with one thing here. If Donald Trump is innocent as he claims he is, why on Earth would he fire the person investigating him? I mean, that’s the big question we all have to ask ourselves. If Trump is truly innocent, and there is nothing that Mueller could find that could possible implicate him in any kind of crime, then why waste your time firing him? Let him waste his time investigating. That would be what a smart person would do, but Donald Trump obviously wants to hid something, so he wants Mueller off the case. And Republicans, being the spineless little creatures that they are, are going to do absolutely nothing to stop it even though, again, they’ve admitted that it’s going to bad for them politically, especially with midterms right around the corner. Yeah, they’re gonna pay for it dearly, but they still don’t have enough courage to stand up to Donald Trump and say, “Okay, we’re gonna protect this guy who’s carrying out an investigation that you claim is not gonna bear any fruit.”

None of this makes any sense if Donald Trump is innocent. That’s the caveat there. If he did nothing wrong, then there’s nothing wrong with carrying on the investigation. And some Republicans have said that they’re just concerned about the amount of time that’s been spent on this investigation with no evidence of collusion up yet. Well, guess what, idiots. You don’t get to know what they’ve found so far. Nobody does yet, until the indictments come out.

Second of all, it’s been ten months. The Watergate investigations took almost two full years, so give it a little bit of time. And if you’re concerned about the cost, which I’m gonna go ahead and call BS on anyway, then you would be even more pissed off about the fact that members of the Trump administration are spending millions of dollars on luxury travel or China sets or soundproof booths for their offices. Yeah, there’s a lot of costs that you could be pissed off about, but the cost of this investigation is not one of them, and nobody should buy these ridiculous excuses from the Republicans.

The bottom line is that these spineless Republicans will do nothing to stand up for Mueller, to stand up for this investigation, to stand up to Donald Trump. They like to talk a big game when the media puts the cameras in front of them, but one they get the opportunity to act, they always back down like the cowards that they are.