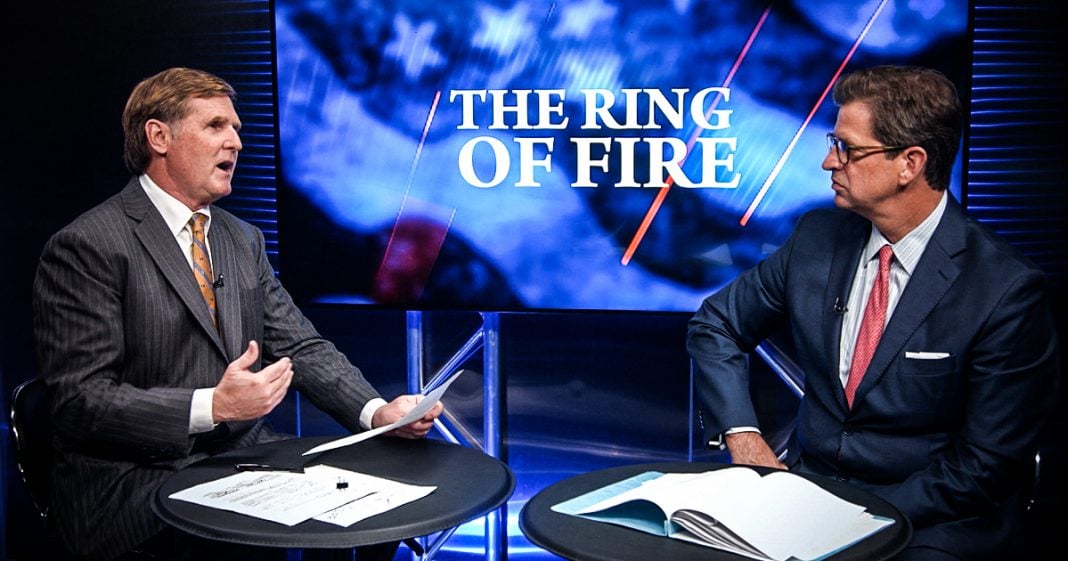 A new study shows that spending time in prison can impair a person’s cognitive abilities and self-control, even after a few weeks in jail. Ring of Fire’s Mike Papantonio and Peter Mougey discuss this.

Mike Papantonio: A new study shows that spending time in prison can impair a person’s cognitive abilities and self-control even after a few weeks in prison. When you first look at this, you go, “Yeah, you think? You think going to prison might?” But, this analysis is really, really good analysis on why that happens. This is not some kind of flippant, obvious kind of statement, that you go to prison, that you’re going to have cognitive problems, and that you’re going to have personality problems that are long-term. What is your take on this story?

Peter Mougey: How many studies do we need to tell us that our correctional system isn’t working? We put more people in jail for nonviolent infractions. We dump them in jail. We call it rehabilitation. There’s very little rehabilitation. The sedentary lifestyle, the isolation while you’re in jail, we don’t need a study to tell us that causes long-term problems. When you get out, your inability to deal in mainstream society, why is the recidivism rate so high? It’s all of these factors. Our systems are not designed … Our correctional system, it’s not correctional. It’s not designed for rehabilitation. It’s punitive in nature, and it’s not working.

Before we started, you and I were talking about some of the studies in Germany. Now, Germany’s turned the prison system on its head.

Mike Papantonio: Of all places.

Peter Mougey: I know, exactly, but there was a great piece in mainstream media on some of the news about the German system, and that the prisoners can come and go out of their cells. They are rewarded and escalated with time out of prison, like on the weekends, to introduce themselves into mainstream society. Their recidivism rates are just-

Peter Mougey: … mind-blowing, how low they are. Our system’s not working.

Mike Papantonio: Okay. Yeah. I assume we have U.S. prison folks going to Germany, figuring out what they’re doing.

Peter Mougey: Yes, lining up. There are literally tours of their systems. They’re putting on studies. It’s about time we take a fresh look at what we’re doing.

Mike Papantonio: People going to prisons, according to this report, according to when they look at their numbers, people going to prison already sometimes have some fairly severe psychiatric problems. They have cognitive disorders. They studied this and they said, “You’re already starting off with people that might have these problems, and now all we’re doing is making it worse.”

Peter Mougey: That’s another, the psychiatric issues. Our jails are our largest psychiatric institutions, and we’ve got to fix that problem.