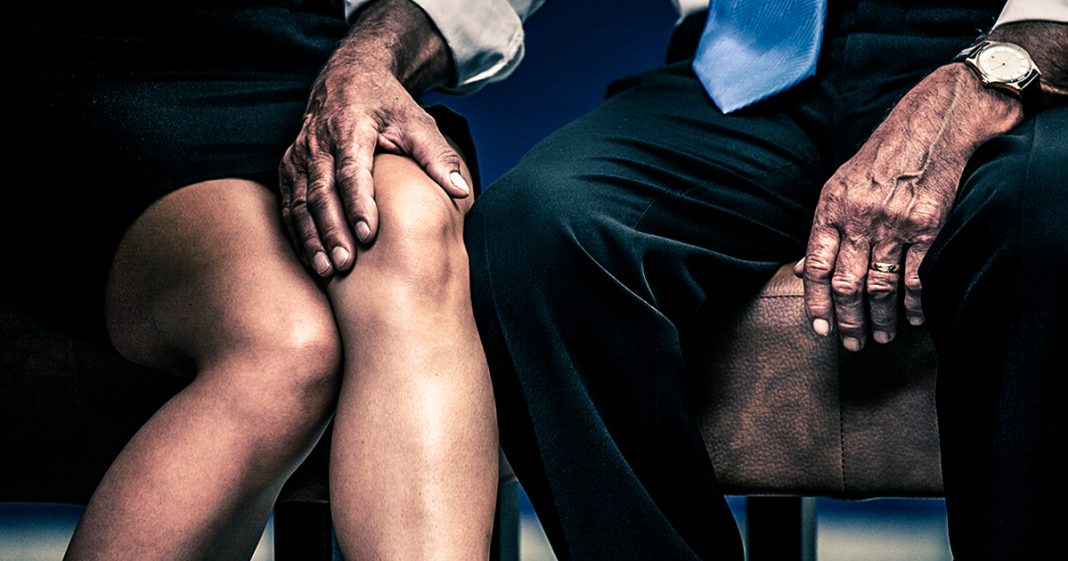 Congress was set to vote on a piece of legislation attached to a spending bill this week that would have overhauled the system used to pay out the victims of sexual harassment perpetrated by members of Congress. But according Senator Kirsten Gillibrand, the lead author of the provision, it has now been stripped down to nothing and won’t prevent members of Congress from using our tax dollars to settle harassment claims. Ring of Fire’s Farron Cousins discusses this.

Well, Democratic senator Kirsten Gillibrand was ne of the people who actually helped to draft legislation to put an end to this practice and if you’re going to sexually harass someone and you want to pay them off, you’re going to do it out of your own pocket. This provision that Gillibrand had been working on was attached to a spending bill that’s supposed to be voted on within the next week or two. Unfortunately, according to Gillibrand, what she said Monday night is that members of Congress have come along and stripped all of that language out of her provision, which means Congress is still planning on using your tax dollars to pay off the people that they sexually harass.

We had this big issue and a big stink about it and they promised us. Paul Ryan stood in front of the country and swore that he was going to take on this issue and fix it and now we find out that once again, like so many other issues out there, they were absolutely lying about it. This means that the money you pay in taxes .. Hell, we’re coming close to tax day anyway … You can rest assured that maybe a couple bucks of that and a couple bucks from other people in this country … Maybe just a few cents, but some of that money is more than likely going to find it’s way to a person who was sexually harassed by an elected member of Congress.

That’s what we’re talking about here. It’s not even so much that they’re using tax dollars, it’s the fact that this is so ingrained into the DNA of members of Congress that they’re out there sexually harassing people on a regular basis. That they’re making inappropriate comments to their staffers and their aids. That is the bigger issue that needs to be fixed.

I understand tax dollars get wasted all the time. And it sucks, but it’s the way it is. But if that’s the price I have to pay … Some of my tax dollars going to a victim, then I’m okay with that if it means that these harassers in Congress get exposed and immediately get removed from office. I’m willing to pay that price. I would be okay with that because I want to know who these people are. I want to know how many times this has happened and I want to know why nobody else in Congress is speaking up for the victims here.

This is systemic. This is built into the make-up of Congress and this has to stop. And that’s what people like Senator Kirsten Gillibrand were trying to do, at least to an extent. But now we find out that these men … She didn’t say if it as Republicans or Democrats, but a lot of Republicans have come out in support of stripping these provisions. They’re the ones who are the problem. They’re the ones who need to be exposed and we, since we’re the ones paying to silence the victims, have ever right to know who out there, who in Congress, is sexually harassing their staffers and why in God’s name are they still in DC.