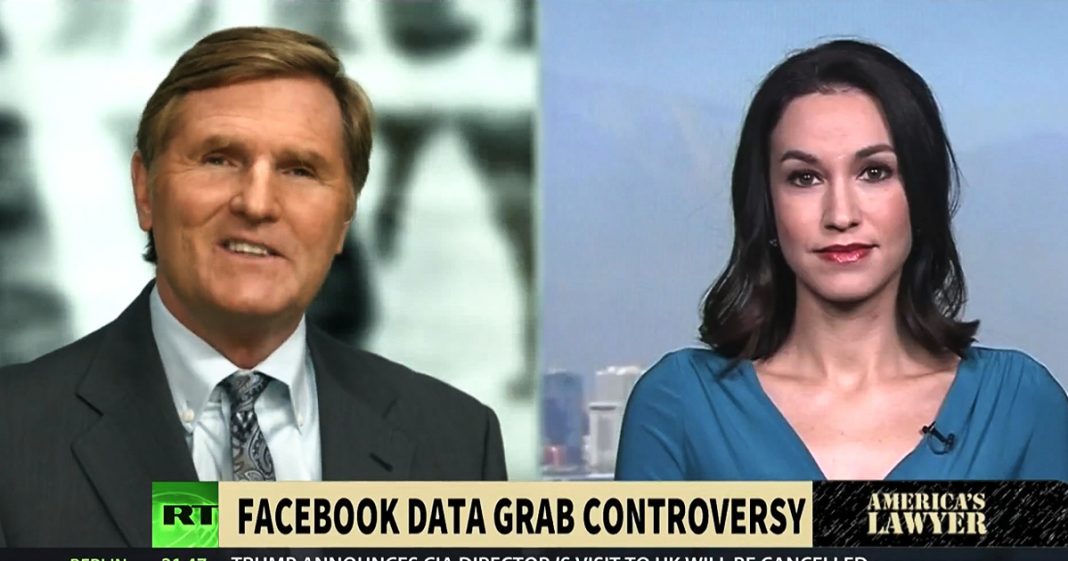 Via America’s Lawyer: Mike Papantonio talks with Brigida Santos about why a judge is ordering Facebook to face trial over its collection of data from personal images.

Mike Papantonio: A federal judge refused to dismiss a lawsuit against Facebook, which accuses the company of harvesting biometric facial data without consent. As a result, the company’s gonna face trial. Facial recognition is one of the most used technologies derived from artificial intelligence to date. And while many companies praise its benefits, many in the public clearly don’t see it that way. Joining me now to talk about this is correspondent Brigida Santos. Brigida, what was the problem with Facebook’s use of facial recognition initially and why did they try to have the case dismissed. I mean, it’s pretty obvious. I mean, you don’t just take somebody’s image and use it without any kind of permission. I mean if you did that to, say a celebrity, you’re going to … you get paid for using that image. But it’s a right to privacy issue that I just think is the very outside of crazy in this particular case. What’s your take?

Brigida Santos: My plaintiffs from three consolidated class-action lawsuits in Illinois have accused Facebook of violating the Illinois Biometric Information Privacy Act, which does require companies to obtain consent before collecting, analyzing and disclosing biometric information. Now, Facebook had tried to argue that these people could not sue them in federal court unless they could prove that they had suffered actual damage. But the judge, as you said, has rejected Facebook’s arguments here on behalf of the people, saying that Facebook did cause intangible harm by denying people the right to control this private information. So they are moving forward with a trial and these plaintiffs are also seeking damages for Facebook’s use of their private information in order to build that technology in the first place, which it is going to be profiting from, Mike.

Mike Papantonio: Yeah, let’s be clear about this. Facebook didn’t do this so Facebook could get better. Facebook did this so they could take this information, sell it to other people, to where when you go on your computer you’re going to be bombarded by everybody in the world trying to sell you something. And there’s something now, when you add the facial recognition aspect of that, Facebook understands that ups the anty, they make more money when they sell your private information to other people. There’s nothing noble about this. This is not something even necessary that Facebook needs. Look, reports say Facebook is actively lobbying to prevent or remove any existing regulations against its technology. What exactly are they doing to achieve that?

Brigida Santos: This lawsuit was first filed in 2015. A year later in 2016 Facebook spent over 670,000 dollars in Illinois on special interest groups that have lobbied the state lawmakers not to pass regulations on this specific technology. Now on a federal level The Center For Responsive Politics has found that in 2016, that same year, Facebook spent 8.7 million dollars lobbying federal lawmakers not to regulate this technology. And these efforts are working. At least five states have tried to pass similar ones to the one in Illinois, which would regulate this technology and unfortunately all but one have failed, Mike.

Mike Papantonio: Yeah, one of the inventors, this is interesting … The very people that inventing this facial recognition says that the technology is being horribly abused. What does he mean by that as far as you can tell? What are his concerns and how are they being used. I mean, if you really, as I say, follow this. Facebook is trying to make it into some type of noble constitutional right. They’re trying to say, “Gee, were doing this to better our business.” But that’s really not the case when the inventor says, “Look, come on. It’s being misused. You know what’s happening here. We’re not idiots. You’re taking this and you’re making more money.” What is your take on that?

Brigida Santos: Joseph Atick, who is one of the people who helped create this in the 1990’s, this biometric data collection, he says that he’s very troubled by the fact that it’s being used to identify people in public, again without their knowledge or consent. And the fact that this information is then being sold off, Mike.

Mike Papantonio: The ACLU claims that facial recognition, obviously … I mean, we don’t need them to tell us that, but they point out how it’s a tool for kind of surveillance by, kind of police surveillance. But not just police surveillance, surveillance by people wanting to sell you something. Surveillance by people wanting to get into your life someway. So it’s just not a authoritarian kinda surveillance that we’re worried about. It’s all these other parts. Isn’t that claim pretty obvious to you that it’s not just … We’re not just worried about police. We’re worried about an entire social structure, cultural structure getting into our lives to mess with us. Selling us stuff, hacking us, whatever it is. The more this information is out there, the more we’re in danger. What do you think?

Brigida Santos: Yeah, it’s absolutely an authoritarian tool or it could be used as one. It erodes civil rights. Police agencies around the country are already using other types of social media tracking tools to locate and identify protestors at events. So this could be used in the future to curb free speech, to intimidate people into behaving in certain ways and complying in certain ways. And it could also be used to target people in communities of color or immigrants. There are a lot of ways that this technology can be misused, Mike.

Mike Papantonio: Yeah, besides the law in Illinois, obviously there’s federal laws at some federal level that we could regulate Facebook somewhat. But state by state, states can pass laws like this. I mean we could have this in every state where Facebook can be spanked for doing this type of thing. Are any other states getting involved in what Illinois is doing? It’s so logical. It’s just so good for consumers to have this kind of protection. What’s your take?

Brigida Santos: Mike, right now at least five states, as I said, have tried to pass similar laws to the one in Illinois and so far only Washington state has been successful. And on the federal level right now, there are no laws regulating this technology, Mike.

Mike Papantonio: Well, we got a big road ahead of us. But if state by state they would go after Facebook on this, I think we can at least stop it. We might be able to step in where the feds typically are unwilling to step in. Brigida, thank you for joining me.