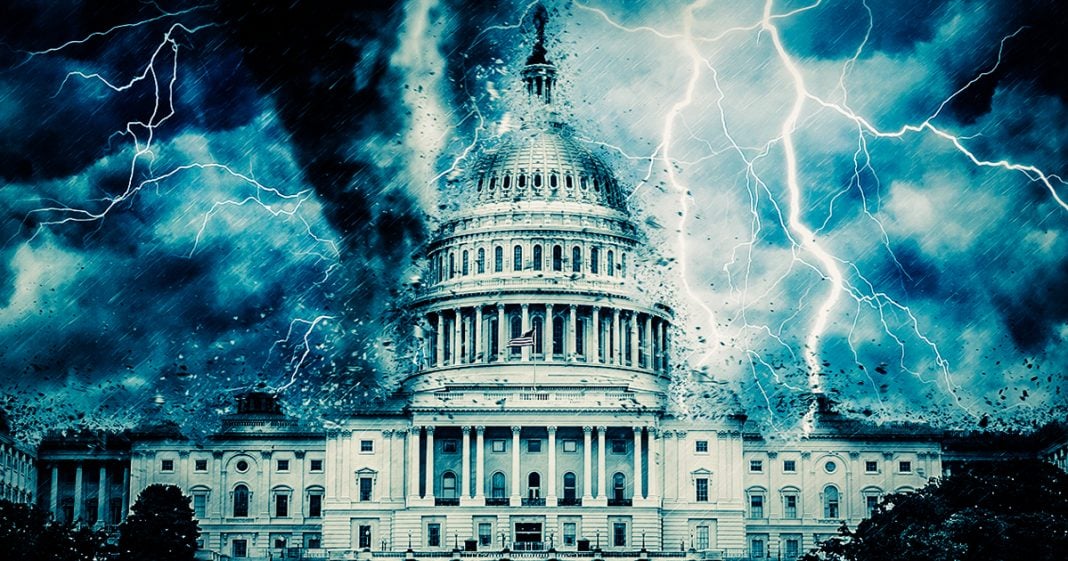 Scientists across the globe have ramped up their warnings about the environmental destruction that human beings are carrying out, with a total of 20,000 scientists signing on to a “Warning to Humanity” letter. The fact that scientists are trying to drill into our heads is that time is running out to prevent catastrophe, and if we continue on our current pace for even a few more years, the damage will be irreversible. Ring of Fire’s Farron Cousins discusses this.

More than 20,000 scientists from more than 184 countries across the planet have now signed on to a Warning to Humanity letter basically telling us that time is running out. Specifically, the continued environmental destruction being carried out by human beings across the planet is unsustainable and if we do not act immediately, we’re screwed. Now, they used much nicer language than that, but I figured I would just kind of tailor it down to the main point. If we do not change, we are screwed.

We’re at the tipping point here and in fact, a lot of scientists already believe that we have passed the tipping point when it comes to issues like climate change. If we do not act now, if we do not reverse course, there will be no stopping the impending damage and dangers that this world is facing. That’s what these scientists in this Warning to Humanity are trying to warn us about. In fact, this isn’t even the first Warning to Humanity letter that these scientists have signed on to. The original one came out 25 years ago where they tried to warn us about what we were doing to the planet.

Last November, 2017, we had a grand total of 15,000 scientists that signed on to the second warning letter to humanity and now, in the last five months, an additional 5,000 scientists have signed on saying yes this is accurate, this is true, and this is something that needs to happen. We’re at the point now where we do have cities in the United States that are trying to work on complete relocation programs for their population because their cities are disappearing already due to rising seas. If a storm comes, if a heavy rain comes, entire communities in the United States will be under water permanently. This is not water that’s eventually going to recede, these aren’t flood waters that are going to die back down, this is permanent.

Many areas in the United States are one disaster away from being gone forever and that actually includes the city of Miami, Florida, so we’re not talking about small bumpkin towns throughout the United States, we’re talking about massive cities that are facing this kind of destruction because we continue to do nothing on the issue of climate change. I can’t even say do nothing because now that Trump is President, we’re actually going backwards. We’re working against fixing the problem. We’re doubling down on fossil fuels, we’ve now become the world’s top oil producer basically, and they want to do more. They want more drilling. They want more coal. They want to cut subsidies for renewable energy and jack up the prices on that. Why? Because they want the fossil fuel industry money for their campaigns. That’s it. They’re killing us because they want campaign money.

That’s what these scientists are trying to warn us about. They may not have mentioned that specifically, but that’s what they mean. Go talk to one of these scientists if you haven’t. If you ever have the chance, sit down and have a conversation with them. It will blow your mind and it will terrify you because they don’t sugarcoat things. They’re not trying to say well, maybe if we just do a couple things here. No. This Warning to Humanity is exactly that. Time is running out and if we don’t act now, there’s going to be no stopping the damage to come.