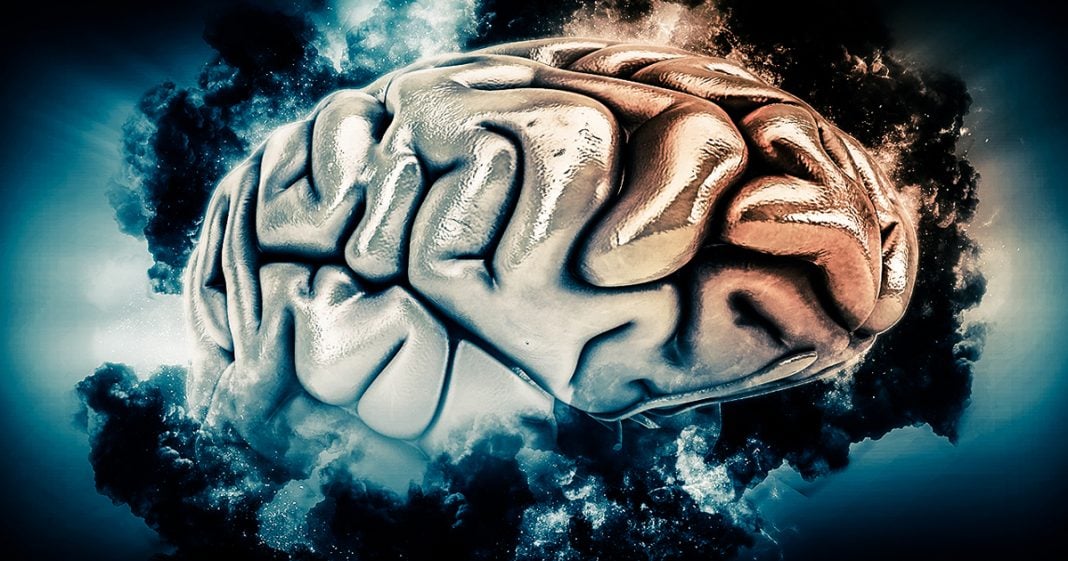 A group of scientists at Northwestern University have concluded a study where they found that there is a direct connection between damage to the prefrontal cortex in the brain and religious fundamentalism. The study is one of the first to examine the link between brain disorders and religiosity, but it helps us to better understand why some people are so hellbent on imposing their religious views on others. Ring of Fire’s Farron Cousins discusses this.

According to a new study from scientists at Northwestern University, there is a direct correlation between brain damage and extreme religious fundamentalist beliefs. Now these scientists looked at MRI’s and CAT scans from soldiers returning from Vietnam, CAT scans that they had already had on hand. They looked at the religious beliefs of these people and they found out that if they had damage to the prefrontal cortex in their brain they were far more likely to not just be religious but, to be fundamentalists, meaning that they accept the literal word of the Bible and they believe that everyone else should also do this.

So here’s basically what this study says. It does not say that everybody who is religious or is a fundamentalist suffers from some kind of brain damage but, they are showing that those who do suffer from brain damage are far more likely to hold those same beliefs. This actually provides us with some pretty good information about how the brains of these religious fundamentalists across the globe actually work.

By acknowledging that there is a link between prefrontal cortex damage and religious fundamentalism, perhaps we can treat it. Not saying we need to treat all religious people but I’m saying that we need to look at this as a possible mental health issue here in the United States. If you want to be religious, that is perfectly fine, that is your right to do so. Imposing it upon others, using it as a tool for discrimination against others, that’s where it crosses the line. And that is where we might find some kind of brain damage believing that you are superior to other people based solely on your religious beliefs. That’s what has to stop in this country.

It doesn’t matter if you’re Christian, if you’re Muslim, if you’re Jewish, or if you’re Hindu, none of that matters. You are free to practice your faith and nobody has a problem with that really but, it’s when you decide to impose it on someone else or to use it as a tool for discrimination that’s when it becomes a problem. And according to these researchers, if that’s what you believe, if that’s the kind of person you are, it’s actually pretty likely that you may be suffering from some kind of brain trauma.