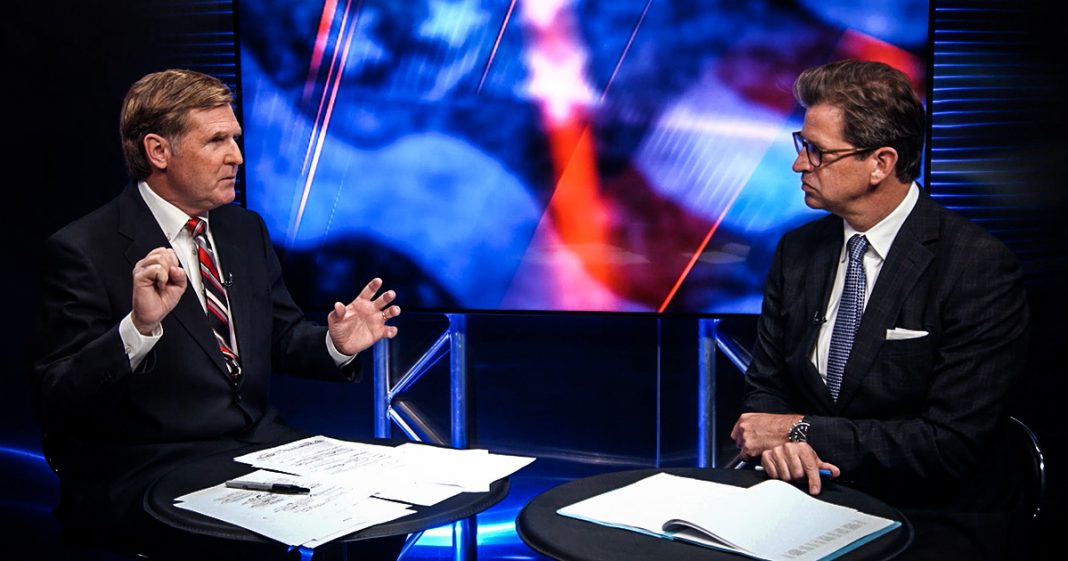 The NRA is suing the state of Florida for passing legislation that raises the age to buy firearms to 21. The group claims that the age increase violates the rights of people under the age of 21. Ring of Fire’s Mike Papantonio and Peter Mougey discuss this.

Mike Papantonio: … Is suing the state of Florida for passing legislation that raises the age to buy firearms to 21. The group claims that the age increase violates the rights of people under 21 years old, and they’re making an equal protection argument, if you can imagine. And oddly enough, if they’re going to win on this, they are going to win on equal protection. I think that’s probably their strongest argument. They’re saying, “What is it about a 21-year old that … What’s so magic about that? What is different between that person and this person?” Equal protection says, “We look at the law, we treat people exactly the same way.” Unless, unless, and here’s where the NRA may lose on this. There’s something in the law called “Police Powers.” Health, safety and welfare. With there’s a pushback between police powers and something like equal protection, you’ve seen time and time again where the police powers have succeeded.

My call on this in Florida, they’re filed in the northern district, probably-

Peter Mougey: Which is embarrassing, this isn’t our home district-

Peter Mougey: … They filed in the northern district because they think that’s where their best chances of prevailing are.

Mike Papantonio: Well at any rate, at any rate, their chances of actually succeeding … But this bill talked about, at least it was a step forward. Pam Bondi, who you know, to me-

Peter Mougey: She supports it.

Peter Mougey: This is a no-brainer. I mean all this bill is saying is “Give us a three-day waiting period. You have to wait ’til you’re 21 to buy a handgun or a gun. You can’t use the bump stocks,” which is the ones that fire more rounds per second. I mean this isn’t-

Mike Papantonio: And how about this Peter, makes perfect sense, they say if law enforcement sees during that three-day period that you’re bonkers and you’re trying to buy a gun, or that you’ve had a domestic incident, you know, at home, some kind of abuse, then the police can say, “No, we’re getting involved and we’re going to stop the sale of this gun.” I mean it’s just logical.

Peter Mougey: So the NRA says, those, those just steps forward, those minor steps, that those outweigh the health, safety and welfare of our students. That you have to wait ’til you’re 21.

Mike Papantonio: NRA could possibly win on this under the equal protection argument. That’s my prediction-