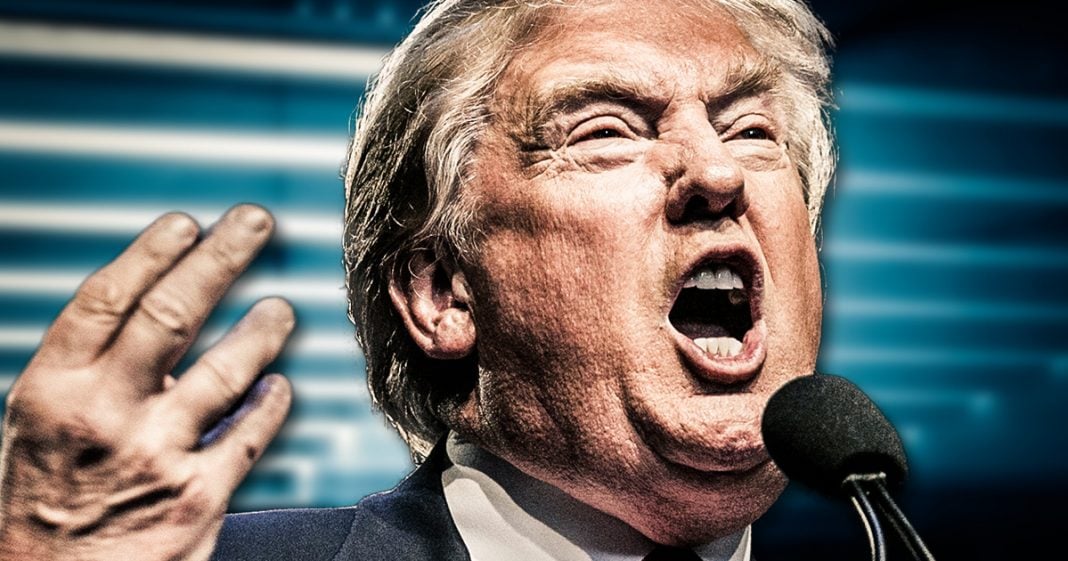 According to recent interviews given to the New York Times, evangelical women in the United States are saying that they are absolutely “embarrassed” by Donald Trump and they are praying that an alternative Republican throws their hat into the ring before the 2020 election. What made them suddenly change their minds about him? His horrid behavior has been on display for years and SUDDENLY they have a problem with it? Ring of Fire’s Farron Cousins discusses this and explains why something about this just doesn’t feel right.

According to a recent report in The New York Times in which they interviewed a lot of White evangelical women here in the United States, evangelical women are beginning to turn on Donald Trump or at least that’s what they told The New York Times. You see, according to The Times report, these women are embarrassed by Donald Trump. They are embarrassed by his behavior and they are praying diligently that another Republican throws their hat into the ring for the 2020 presidential election so that they don’t have to vote for Donald Trump again. These women allegedly all have buyer’s remorse at this point because now they think that Donald Trump behaves in a disgusting way as president of the United States.

I want to believe this story so much. I want to believe that these women suddenly had a change of heart, but there is not a piece of me that thinks that there is any truth to what these women are saying. There is no way in hell you could suddenly realize that Donald Trump was a horrible human being and is behaving improperly for a president. There’s no way unless you just woke up from a coma probably within the last five minutes maybe, assuming you’d been in that coma since maybe the year 2000. Anybody who’s been paying attention to Donald Trump, even if you’ve only been paying attention to him for a week, knows that the man has no morals, he has no integrity and he has absolutely zero class. No, I don’t buy it that these evangelical women suddenly think Donald Trump is reprehensible. You should have thought that when that Access Hollywood tape came out during the campaign. You should have thought that during the first Republican presidential debates among all the Republican candidates back in 2015. You should have thought that before Donald Trump even considered running for president of the United States.