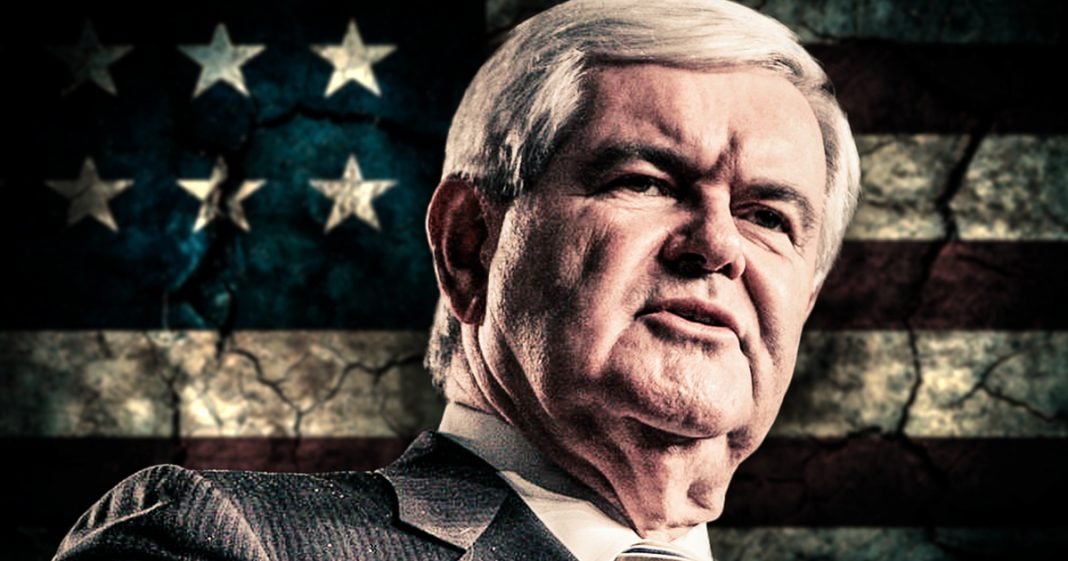 According to recently-obtained emails, a group of Donald Trump loyalists, including Newt Gingrich, emailed back and forth at the beginning of the Trump administration talking about the need to purge government agencies of so-called “anti-Trump” employees. These pro-Trumpers were hoping to prove their loyalty to Donald, but in reality they’ve exposed their disgusting behavior to the world. Ring of Fire’s Farron Cousins discusses this.

According to emails recently obtained and published by Politico, after Donald Trump came into office, there was a movement to essentially cleanse departments in the federal government, including the State Department, of Obama holdovers, or people that they perceived to be anti-Donald Trump.

One specific person outlined in this Politico story was a State Department employee Sahar Nowrouzzadeh. Now, she was not born in Iran, however, that didn’t stop people like Newt Gingrich from spreading lies within the Trump administration. Gingrich actually sent Rex Tillerson, then Secretary of State, a letter with a link to an article saying that Nowrouzzadeh was born in Iran, and that she was part of the Deep State.

That’s why you always have holdovers. The people that change are the heads of the departments. The career employees tend to stay there, act in a nonpartisan way, just so they can just do their jobs. But that wasn’t good enough for people like Newt Gingrich. They wanted to make sure that Donald Trump saw how loyal they were, and they wanted to get rid of anybody they perceived as being either anti-Trump or a holdover from the Obama administration, who might show Obama more loyalty, or these people could somehow be working to undermine Donald Trump’s agenda, when in fact, they’re just doing their job.

The reason this story is important is because this is how the government works under dictators. That is exactly what fascist regimes do. When they come into power, they get rid of everyone else who they believe, even without evidence, might be loyal to the old regime. They get rid of them, and usually in these dictatorships, they do it in a way that’s also worse than just firing somebody. Not suggesting in any way that that’s what Gingrich or any of these Trump loyalists wanted to do. That’s just what happens in fascist regimes.

But this is disgusting. The fact that they want to go after and spread lies and propaganda about members of the federal government is absolutely reprehensible. Newt Gingrich, one of the people identified in these emails, ’cause he’s sending the emails, was at the heart of it. What exactly did he have to gain from it? He’s not even in the Trump administration. He’s a Fox News talking head, who can’t do anything other than lie on national television.

But again, this is not surprising. We have seen this from the start of the Trump administration, where you have these heads of the departments trying to weed out these old Obama employees, or anybody they perceive as being anti-Donald Trump. That is not how the federal government works, that is not how the United States work, but that is how things are carried out basically in any kind of fascist dictatorial regime, which is exactly what some of these Trump loyalists want to turn the United States into.