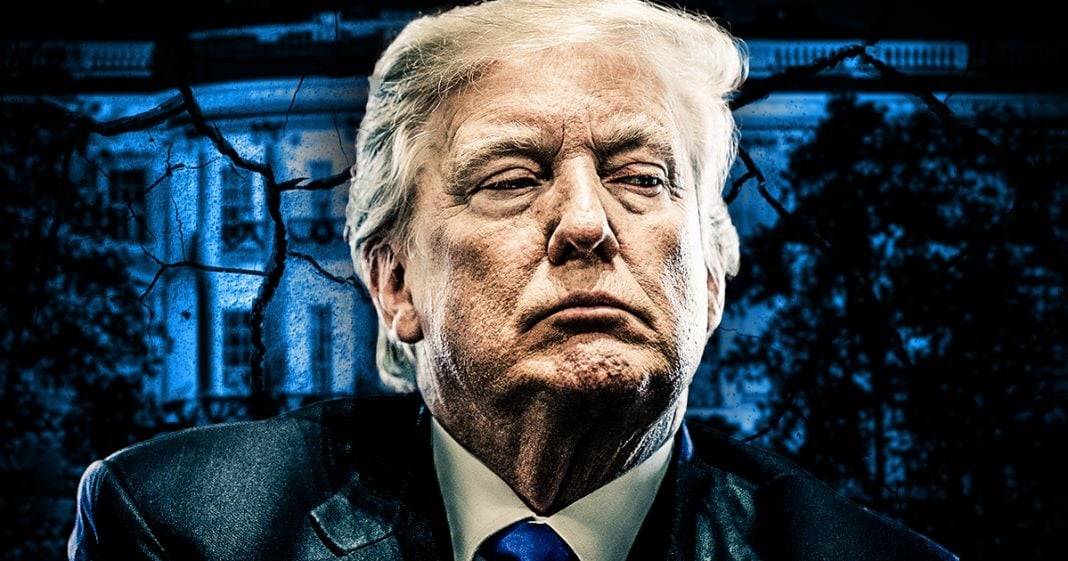 Staffers inside the White House are apparently longing for the days when things at work were just “bad,” because with the current environment inside the White House they’re saying that things have become almost unbearable. Between the constant firings and resignations and the ongoing investigations, Trump has created an absolutely toxic work environment for his staffers. Ring of Fire’s Farron Cousins discusses this.

Some of the staffers told Axios that usually tough times like they’re going through right now bring people together, and they band together and work through it. But in this particular instance with the Trump White House, they say that instead it’s ripping everybody apart. Nobody is getting along with anybody else. Everybody is fighting. Trump is super pissed all the time. John Kelly is pissed all the time and clearly wants out. H. R. McMaster, the National Security Advisor, may be trying to get out or may be fired or he may quit. They don’t know. It’s basically just a big ball of tension and everybody is super pissed at one another because nobody has any idea what’s going on.

Now, a lot of people could probably say that sounds exactly like everybody predicted it would be when you take some yokel off the street like Donald Trump and suddenly make him president even though he knows nothing about West Wing politics here in the United States.

I want to have a little sympathy for these staffers but, again, we could have all completely predicted this. In fact, I think most of us did. Not to mention the fact that these White House staffers could simply leave. If it’s that bad, if it’s that toxic, take the hit and quit. According to recent reports, a lot of these staffers are already trying to find other jobs but they’re unable to because nobody wants to hire anybody that worked in Donald Trump’s administration. Working in there is basically akin to having a Scarlet Letter tattooed on you, a big T, saying that you worked for Trump and now nobody wants anything to do with you.

I do feel for the staffers on that particular side because they can’t find work anywhere else. But if that’s the case, leave DC. Get out of politics. Clearly you’ve had enough of it anyway and it’s not going to get any better than it is right now so maybe it’s time to find a new career. I’m not saying that to be mean to these people. I’m actually saying it to try to help. It’s time to leave this toxic relationship that you have found yourself in. Gather the strength and get the hell out of there and then sit back like the rest of the country and watch as it implodes except you won’t be watching from the inside, you’ll be watching with the rest of us.