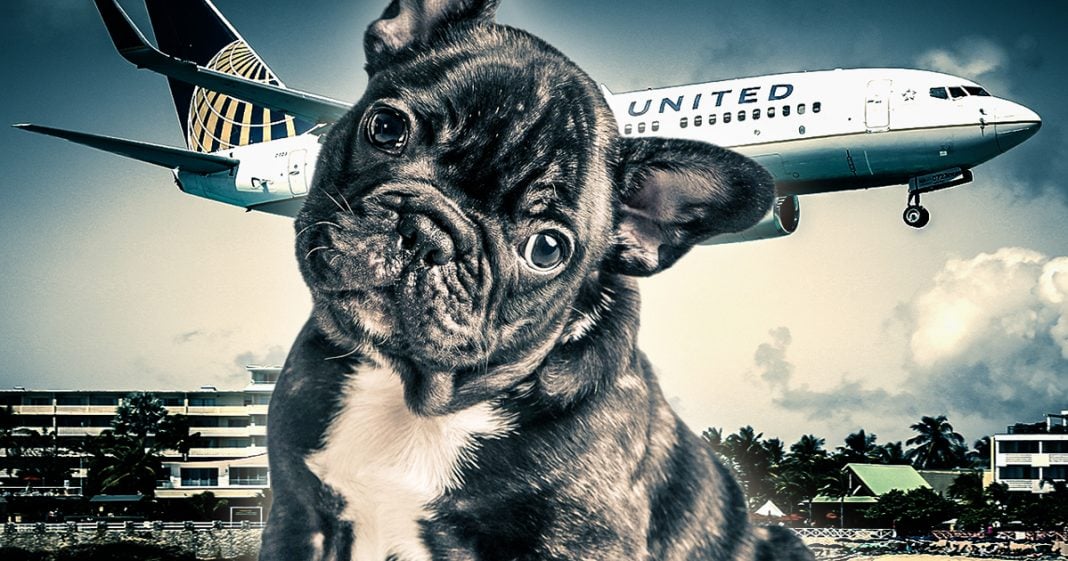 The death of a puppy on a United Airlines flight has sparked national outrage, but it also sparked a Republican Senator to demand that his colleagues take action to prevent this from happening again. Oddly enough, Republicans don’t seem this outraged when dozens of children get slaughtered while they are at school, so I guess that means that the lives of puppies are worth more than the lives of children. Ring of Fire’s Farron Cousins discusses this.

Immediately following this, we have a Republican senator, Senator Kennedy, tweets out that, “This unacceptable. This inexcusable. We have to do something about this. I’m going to sponsor legislation to make damn sure that no other dogs die on a flight, because pets are like family.” I know a lot of people agree with that. I agree with that. Pets are like family. The big question I have for you, Senator Kennedy, and all these other Republicans, is why are you not actually protecting people’s families?

Kennedy has received $200,000 from the NRA over the course of his career. After the recent school shooting in Parkland, Florida where 17 children and faculty members died, he said, “I don’t know we need more gun control laws. We need more idiot control.” So a dozen, more than a dozen kids die, and there’s nothing we can do. One puppy dies, and suddenly we have to have new legislation to change the rules about pets flying on airplanes. Do you see how psychotic and messed up this is? I’m not saying we don’t need legislation to protect animals, we absolutely do. But to put the lives of animals, of puppies, of pets, above the lives of children is psychotic. It truly is. Why on earth do these Republicans value the life of a puppy more than the lives of our children?

I have a lot of pets. I have eight pets, actually. Two of them rescue dogs that I got from the shelter, and I love those dogs, but there’s not any part of me that would put the life of that dog ahead of the life of one of my children. I don’t think anybody that has children would disagree with me on that. We love our pets. We love our children. But why is it that Republicans think that the life of a dog is worth more than a child? Because that’s what this is about. This isn’t about the fact that we don’t need that legislation, we do. But, we also need legislation to rein in the slaughter that is happening in our school systems of our children, but Republicans like Kennedy don’t want to do anything about that because that NRA money is coming in in droves. They can’t even cash those checks fast enough. But one puppy dies, and suddenly we have to change the whole system. I hope Senator Kennedy is ambitious the next time somebody walks into his school and starts murdering our children.