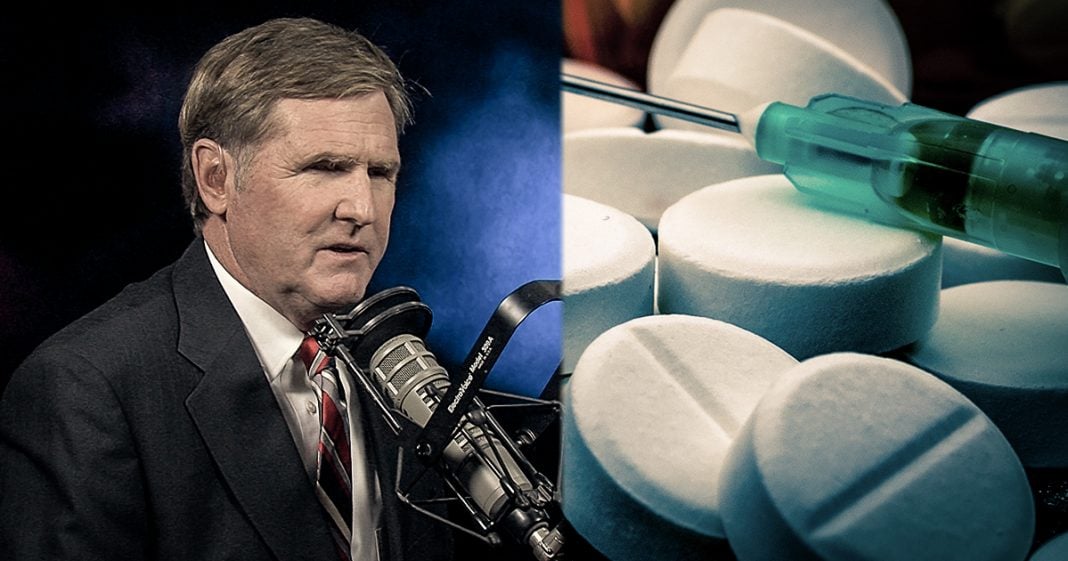 Big Pharma is at it again. America’s Lawyer, Mike Papantonio , joins Mark Alyn from the Late Night Health Radio Show to discuss how pharmaceutical companies get away with profiteering in America.

Mike Papantonio:
I take depositions all over the world against the pharmaceutical industry whether it’s Merck, Pfizer, Lilly. I’ve been in lawsuits on the other side of every one of them. It’s really interesting, Mark. Every time I take a deposition, I make it a point to ask the question. I say, “Now sir, you’re selling this drug here in Germany for $5. Same drug in the United States sells for $45. How do you do that? Why do you do it?” And they say they do it because they can get away with it. Literally, if you distill what they’re saying, they do it because we let them get away with it.

Now come back over here on the other side of the pond in the United States, we have, there’s a myth and the myth is well, Democrats are really good for us and Republicans are bad for us and really what it comes down to is neither party is worth a damn where it comes to us. Democrats for example, take a look at Cory Booker’s history, Biden’s history, look at all the, what I call the Wall Street Democrats, and understand that they do the bidding of the pharmaceutical industry. Obama did the bidding of the Pharmaceutical industry.

Now we expect that from Republicans because we’ve seen it for decades with Republicans, that’s no surprise to us. But you see, we build these myths and the myths are that Democrats are going to take care of us. Democrats could have taken care of us on at least half a dozen times when votes have been critical that have to do with controlling the price of drugs and each time they were led by people like Tim Kaine, by people like Cory Booker, that we think are people on our side that actually at the end of the process, we discover that they’re actually on the side of Big Pharma because Big Pharma spends billions, that’s with a B, in spreading around money for congressmen, and races, and they treat the Democrats just like they treat the Republicans.

So first of all, we have to get our heads out of this ethereal notion that there’s something different between the two parties. If we’re ever going to solve the … If we’re ever going to solve the healthcare crisis, we have to understand that at the heart of the price, at the heart of the problem, is the pharmaceutical industry and that’s why even Obamacare is having such a difficult time because they didn’t do what they were supposed to do and that is to rein in the pharmaceutical industry.

Mark Alyn:
It made them more money.

Mike Papantonio:
Of course it made them more money.

Mark Alyn:
Obamacare has made them more money.

Mike Papantonio:
Yeah, so we see these stories, Shkreli that just was sentenced to seven years in prison for taking a AIDs medicine that used to be $13 and raising it to $750. Well, people misunderstand. He didn’t actually go to prison for that. You see it was okay to steal from the American public by that type of price gouging. The typical kind of price gouging that we see, that I see in my cases are anywhere between 2,000% markup to 10,000% markup. Those are the kind of numbers were talking about.

The first thing we have to do is be honest with ourselves. This idea that hell, I’m a Democrat. The Democrats are taking care of me. Throw it out the window if you really want change. It’s all the same thing. It’s Democrats, it’s Republicans. I’ve been independent for 40 years and because I recognized at young age, there’s nobody looking out for me except me.