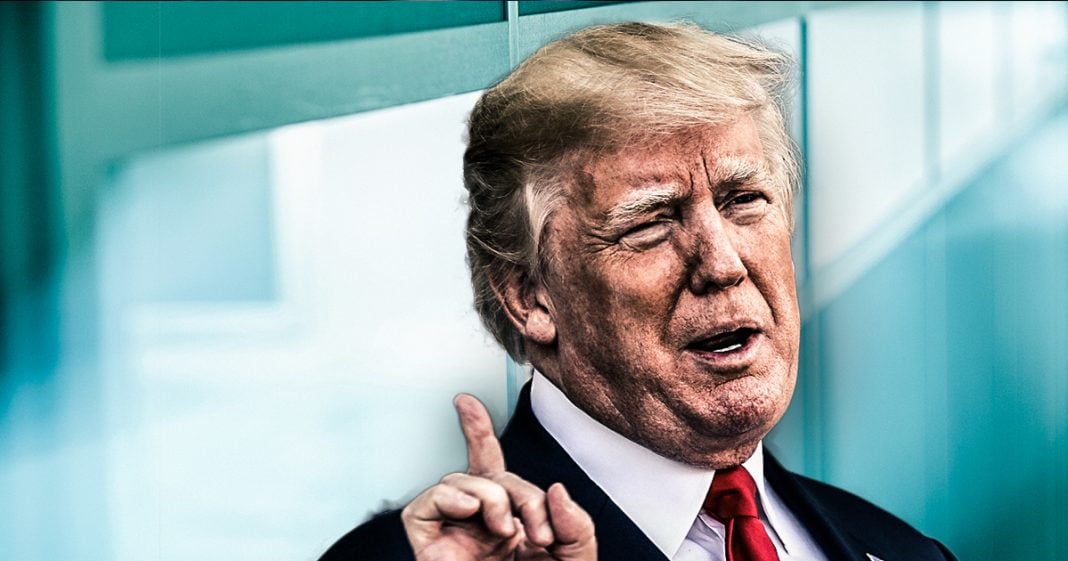 Need more proof that Donald Trump isn’t mentally competent enough to be president? During a visit to California this week to examine prototypes for his border wall, the President said that he wants the wall to be “see-through” so that we can know what’s on the other side. This man has no idea what he’s doing, and as Ring of Fire’s Farron Cousins explains, his border wall will never become a reality because he was never serious about it in the first place.

Donald Trump took a trip to California this week to look at prototypes for his border wall, and after surveying several different kinds of walls in a California desert, Donald Trump had this to say about what he wants in a border wall. Take a look.

Border Official: When I have a see-through wall, sir, I know what’s approaching the border before it approaches. We have great partners in Mexico with the law enforcement on that side. I can call them for …

So there it is folks, the border wall in addition to being high in unclimbable even by mountain climbers as Trump has said, it has to be see-through. Now, we don’t know if he just means occasionally there’s like a little window in there, or if the entire wall needs to be built of some kind of Plexiglas so that we just have immigrants or Americans running into it like birds into a porch window, but he wants it to be see-through so that we know what’s on the other side.

Well, hey, here’s an idea, if you want to know what’s over there don’t build a wall. By the way, if you want something that’s see-through I think the word you’re thinking is ‘fence’ not ‘wall’ because you could see through a fence how we could put a chain link fence up there and you could see across it all day long Donald. No, you want to make this ridiculous see-through wall that nobody wants to pay for the American taxpayers are going to get screwed with this deal, just because you want to appease your far right base.

Here’s the reality and this is the big takeaway from what happened on Tuesday with this whole wall thing is that it’s never going to happen, and people need to understand that. This is window dressing by Donald Trump by trying to come up with more outlandish suggestions about what he wants with the wall. He’s delaying it indefinitely and he’s doing that intentionally so that Republicans think he’s totally serious about building a wall when in reality he’s trying to buy time, so that he doesn’t ever have to do it because he has no idea how to fund the damn thing. That’s what’s happening here.

He is a businessman and that is a business tactic and I’ll give him credit for that all day long, because he knows what he’s doing here. He doesn’t want to have the wall built, he knows we can’t afford it so he’s trying to convince his base that not only does he want it but he wants it so awesome. Maybe x-ray specs to look through the wall if we can’t put little windows in it, but the wall is never going to happen. By the time construction would actually begin on this thing, Donald Trump will be long gone from office and we’ll have a president that understands that you don’t make good neighbors by putting up 20-foot walls between you and them.