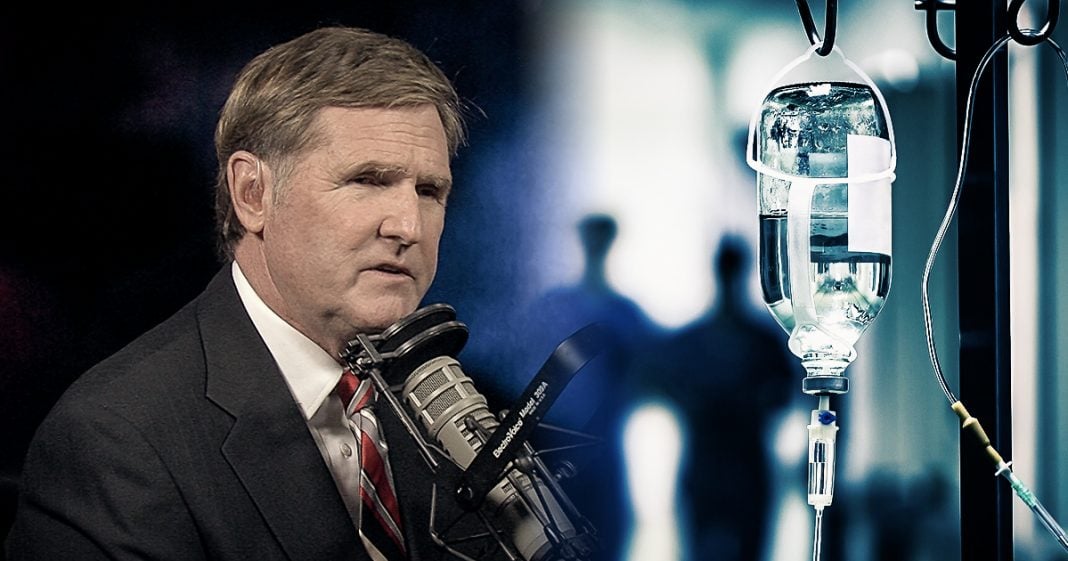 Mike Papantonio:
Hospitals aren’t what they grew up with. They used to grow up with doctor hospitals where doctors made decisions based on the science and what their training was. A hospital corporation is just like any other corporation. It’s just like the Exon Corporation. All they really care about, at the end of the day, is how much money have they made for their shareholders? It’s kind of an inverted pyramid. The pyramid used to be, at the very beginning, at the very top, was patient care. That was what the important issue was. Patient care and then you would build your organization around patient care. Were you properly staffed? Were the doctors that you hired appropriate? Was the equipment that you had enough? Did you have a system that actually looked out for the interest of the patient?

Now, what you have is that pyramid is now, at the top, is how much money did we make last year? You’re seeing it disguised in all types of ways. One way that you’re seeing is what they call the nonprofit hospital. Well, the nonprofit hospital is a joke. It’s a scam. All it means is, everybody’s making a ton of money and at the end of the year, whatever money they have left over, they buy more property and they call it, this is, “We needed this property for some reason or other,” they buy a new building so it’s a total … or they give themselves big bonuses. It’s a scam.

There again, most people don’t get that. They go to the hospital, it’s been like a frog in boiling water. They haven’t understood that as they’ve been going to the hospital for years, that hospital is now a corporation. It’s no different from Exon or DuPont or Murk or Pfizer, it’s simply a corporation. That disconnect doesn’t allow them to objectively take care of themselves. The doctor and the corporate hospital tells me this is what I need to do, rather than go do it.

Mark Alyn:
Today, the question is, “Why do you want me to jump so high?”

Mike Papantonio:
Should be.