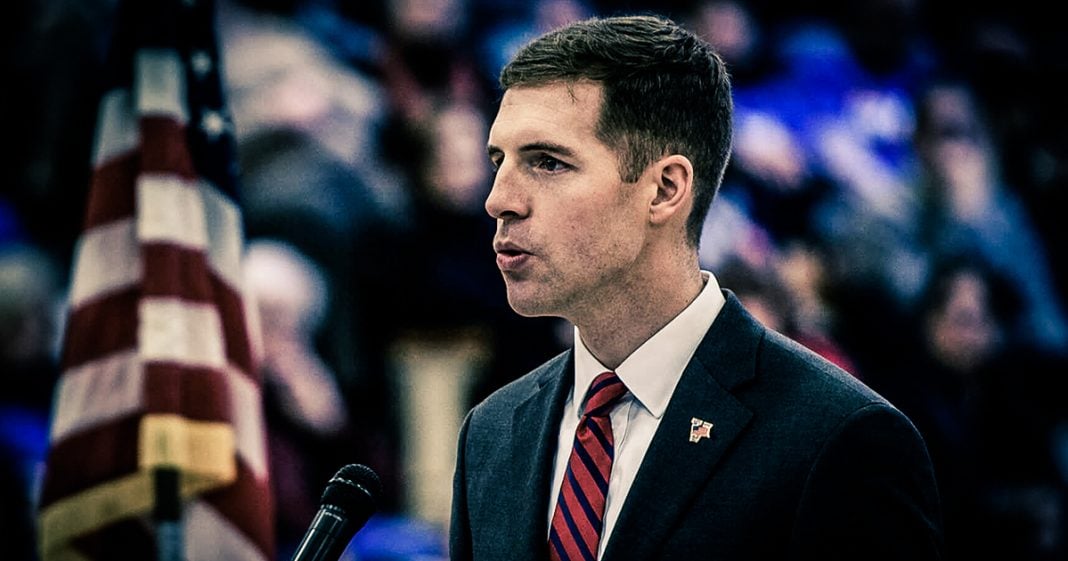 The special election in Pennsylvania was the last chance that the Republican Party had to prove that they aren’t going to suffer enormous losses in this year’s midterm elections. They failed. With Democrat Conor Lamb poised to be declared the winner, a Trump-backed candidate once again loses, this time in a district that went for Trump in the general election by 20 points. Ring of Fire’s Farron Cousins explains what this means for the Republicans.

The Republican Party and Donald Trump were dealt a huge blow Tuesday when it appeared the Democrat Conor Lamb was going to be the winner of the special congressional election that took place in Pennsylvania against his Republican challenger Rick Saccone. Here’s the thing about this particular election; Rick Saccone, the Republican candidate, was favored to win. This was a district that Donald Trump carried in the 2016 election by 20 points. Before that, Mitt Romney carried it by 16 points and McCain carried it by double digits in the election before that. Not only that but in the last election that took place in this district for Congress the Democrats didn’t even bother running an opposition candidate because they knew they couldn’t win. And now even though some of the votes are still coming in, there’s only a few hundred vote difference between Lamb and Saccone, it appears that Lamb is going to be the next Congressman from this district carrying the Democratic banner.

So why is this a big deal for Republicans? Well, first of all, Donald Trump, Mike Pence and Donald Trump Junior all showed up in this district to campaign for Rick Saccone and he lost. Republicans pumped $10 million into this particular race and they lost. And the reason they were even having this special election is because the Republican Tim Murphy who held the district had to resign from office in disgrace after it was revealed that he tried to convince his mistress to have an abortion after campaigning his entire life on being the antiabortion candidate.

So that’s where we’re at right now, and this spells doom for Republicans in this coming midterm election in November. If they can’t hold onto a district that has been solidly Republican for well over a decade, a district that Donald Trump carried by 20 points, they have no hope. There’s virtually no chance of Republicans maintaining control of the House of Representatives at this point. This last little special election was the test. Yes, you could say Alabama Doug Jones versus Roy Moore was a test, but Roy Moore had so many skeletons in his closet that it would’ve been shocking for him to beat anybody at that point. The fact that Lamb won shows that Republicans are incredibly vulnerable, even in Republican controlled districts. That’s what the message was that was sent on Tuesday.

Now Fox News Wednesday morning decided to downplay it the only way they know how by saying it was actually a victory for Donald Trump. That Saccone would’ve lost by even larger numbers had Donald Trump not shown up in that district. They tried to play it off and say that Lamb was favored to win by like eight points or six points or something like that, even though the race was always a statistical dead heat. They’re absolutely lying their butts off right now because they don’t know how to handle the fact that Republicans are in for a very rough 2018.