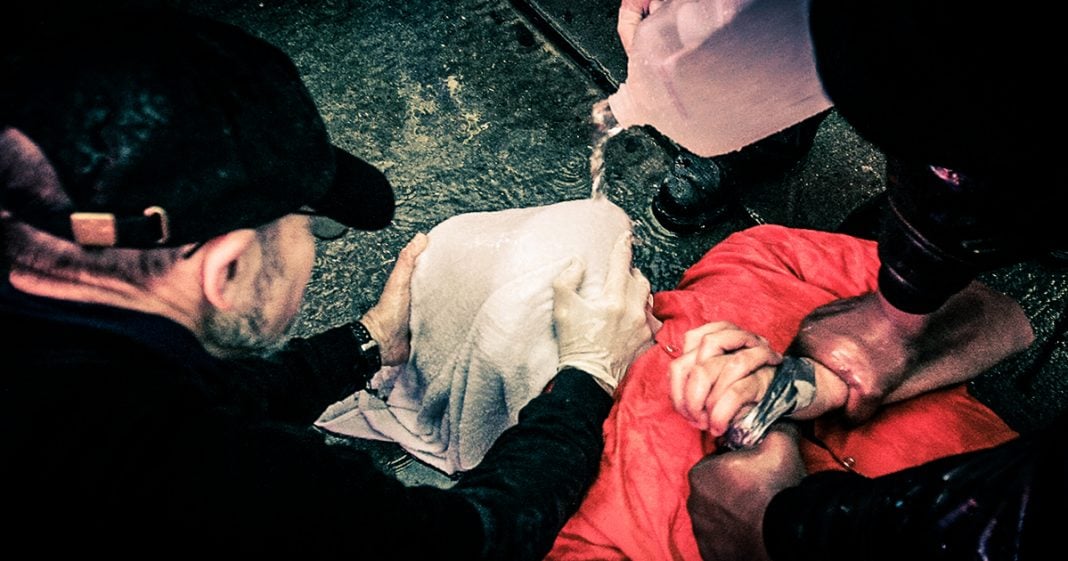 Gina Haspel, the woman that Donald Trump has said will replace Mike Pompeo as the director of the CIA, spent her time during the Bush administration overseeing the use of secretive CIA “black sites” and perfecting methods of torture among detainees. This woman will now be in charge of one of the largest US intelligence agencies, when she should actually be in prison. Ring of Fire’s Farron Cousins discusses this.

Early Tuesday morning it was announced that Rex Tillerson had been fired as secretary of state, and that he would be replaced by CIA director Mike Pompeo. While that story’s gained a ton of coverage, what hasn’t gotten enough coverage is the fact that Mike Pompeo is now going to be replaced as the CIA director by a woman named Gina Haspel. She will actually be the first woman to ever head up the CIA, so kudos to Donald Trump for finally picking a woman to run the CIA. Unfortunately, Gina Haspel has so many skeletons in her closet that she actually belongs in prison and not heading up the CIA.

See, what a lot of people don’t realize about Haspel, because she’s flown under the radar, is the fact that this woman actually created, with the Bush administration, and perfected the use of CIA black sites across the globe during the war on terror. What those were, were areas that basically didn’t show up the map, the government denied that they existed. They would travel around in planes, round up the detainees, take them to these black sites that were officially of the books, and then torture the hell out of them. Specifically, Haspel approved methods, including stuffing detainees into coffins, using noise torture on them, sleep deprivation, and even waterboarding. Those are just a few of the tactics that Haspel personally oversaw during the Bush administration at those CIA black sites.

Now, we have a woman who’s about to become the head of the CIA who believes that torture is the best way possible in this war on terror. Not only does she believe it, but she’s practiced it. That’s what we’re looking at in the United States today. To be honest, this is a story that doesn’t just tie in George W. Bush for approving torture, or Donald Trump for approving Haspel, this all actually goes back to Barrack Obama.

When Obama came into office, one of the first things that a lot of progressives wanted to see him do, aside from prosecute the big banks, was to prosecute members of the Bush administration for their torture and the illegal war that they started in Iraq. Obama said we need to look forward and not backward. That allowed people like Gina Haspel to get off the hook and not ever face any kind of repercussions for torturing people across the planet. Had Obama done his job, had he done what most people in this country wanted him to do, Haspel would be in prison or the Hague rather than becoming the incoming CIA director under Donald Trump.