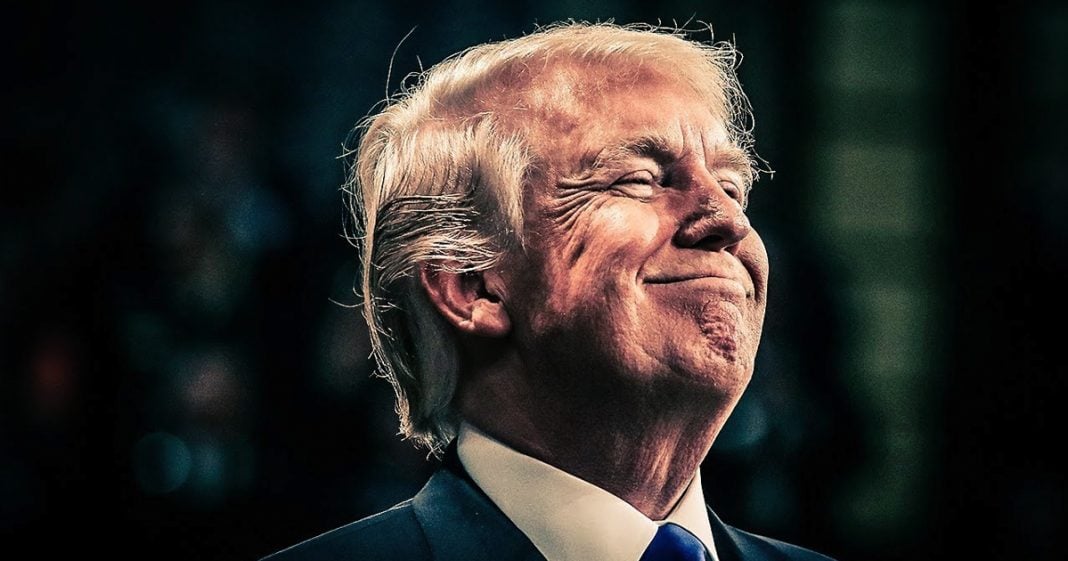 House Republicans on the Intelligence Committee decided to abruptly end their investigation into the Trump administration this week, releasing a draft report that (to no one’s surprise) claims that Trump and his team have done absolutely nothing wrong. Ring of Fire’s Farron Cousins explains why this report is completely bogus, and why the end result of their investigation would not have mattered regardless of what they found out about Trump.

On Monday evening, House Republicans with the House Intelligence Committee, led by Republican Mike Conaway from Texas, decided that their investigation into the Trump Administration was completely finished, and according to the brief draft summary of the draft report that they have not yet finished, Donald Trump didn’t do anything wrong at all during the campaign, during the administration, pretty much during any point in his life. Donald Trump, according to these Republicans on the House Intelligence Committee, is an absolute saint. Now, let’s keep in mind real quick here, they concluded their so-called investigation without interviewing key witnesses. They did not issue any actual subpoenas. Most of the witnesses, according to all of those present, most of the witnesses who testified actually just kind of railroaded and didn’t actually answer any of the questions, so yeah, there’s really no surprise that these Republicans would come out and say, “You know what? We didn’t find any evidence whatsoever of wrongdoing.”

But let’s be honest, even if those witnesses had given them everything that they wanted, even if they had said, “Yeah, Donald Trump did all of these things,” these Republicans probably would have still concluded that Donald Trump didn’t do anything wrong. Case in point, they listed in their little draft summary that there was a lot, a lot of incidental meetings, coincidental meetings, you know, happenstance, chance encounters, things like that that happened all too frequently, but yeah, he totally did nothing wrong, neither did his son nor anyone else from his administration. They just happened to be in certain places where the people that we think they met with also happened to be. That’s what the Republicans are telling us today.

Well, here’s the truth of it all. This House investigation doesn’t matter whatsoever. It’s providing Republicans with a little bit of cover in case Mueller comes forward with actual charges against the president so that they can say, “Oh, well yeah, he talked to this person and we didn’t,” or, “He had this information and we didn’t, so that’s why our investigation obviously came to no conclusions here.” They’re trying to cover for Donald Trump. That’s pretty obvious. Anyone who says that this vindicates Donald Trump doesn’t belong talking about politics in the United States because they don’t understand what actually happened, and I firmly believe that.

Anyone out there today saying that, “Well, it’s over. It’s done. This investigation is concluded, and Trump is vindicated. Let’s move on,” isn’t the kind of person that you should be listening to on political issues. They don’t know what they’re talking about. I’m not saying that they were going to find collusion to begin with. I’m not even saying that Robert Mueller’s going to find collusion. I’m just saying that this House investigation, led by these Donald Trump Republicans, was never going to come to any kind of conclusion that would implicate the president or his buddies in any kind of serious crime.