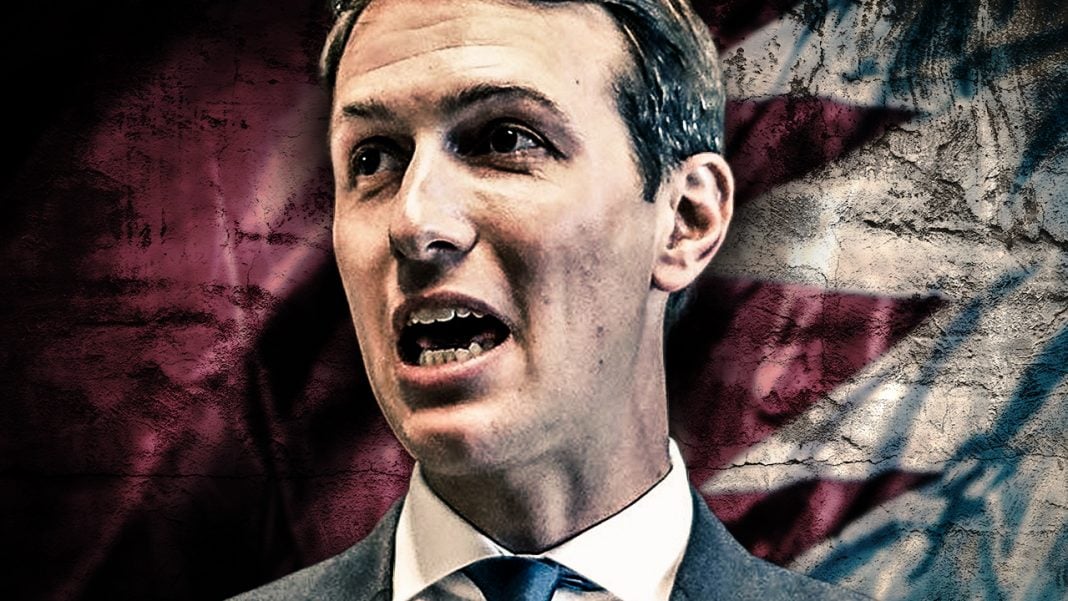 Officials from Qatar in the United Arab Emirates are refusing to hand over information that they have gathered on Jared Kushner and other Trump associates about secret meetings that took place between the parties. This information could be critical in securing prosecutions for people like Kushner, and it raises serious questions about what Qatari officials are planning to do with this intel. Ring of Fire’s Farron Cousins discusses this.

Officials from Qatar have decided that they are not going to comply with a request from the special prosecutor’s office to turn over information that they have on Jared Kushner and other Trump associates who were trying to basically create these back channels between other countries in the United Arab Emirates. They were having secret meetings with officials from the United Arab Emirates, and they were conducting business deals for their private businesses while being there as official government representatives. The reason these officials are trying to shield Jared Kushner from Robert Mueller’s grasp is because they’ve said that they’re worried if they turn over this information that obviously has information about criminal activity between Jared Kushner, other Trump associates, and the United Arab Emirates, then that could damage their relationship with the overall Trump Administration.

So let’s get one thing clear about this entire story. Qatar, officials from Qatar, have information that they believe could implicate Jared Kushner in criminal activity with the United Arab Emirates. Robert Mueller, the special prosecutor, has requested that information from Qatar. Qatar won’t hand it over, because they know how bad it is for Jared Kushner, because then that’s going to affect their relationship with the president of the United States. That’s a plausible defense, I guess, for those officials from Qatar. You don’t want to make waves. You don’t want to interfere with another country’s investigations, but it’s also one that I don’t completely buy. Here’s a couple other possibilities of why Qatar refuses to hand over this particular information.

First and foremost, they could by lying. They may not have any information whatsoever. However, they have literally nothing to gain from lying, so I don’t know that that’s possible. Two, it might involve some of their own people, and they don’t want to get roped into this as well, so that’s why they’re saying, “No, no, no, we’re not going to hand it over.” That to me seems like the most plausible explanation here. I understand they probably don’t want to make waves with the Trump Administration because they know how psychotic that guy is, but at the same time, if they came forward and helped to root out corruption in the United States, I think it would probably be a much better situation for them rather than coming forward and saying, “Yeah, we’ve got all this horrible information on Jared Kushner, but you can’t have it, because we don’t want to ruin our relationship over here.”

Yeah, again, not really buying it, but the whole takeaway from the story is that there apparently is information out there that implicates Jared Kushner and others in criminal activity, and if that exists, Robert Mueller, special prosecutor, needs to do whatever he has to do, whatever legal avenues he has to take in order to get his hands on that information. This is not just about taking down the Trump Administration and getting those bastards out of the White House. This is about rooting out criminal conduct at the highest level of our government. If these were Democrats in office, I’d be saying the same thing. We need to know who is breaking the law, who is violating ethics rules, and who is abusing the power of their office, and so far Jared Kushner looks like the kind of guy who based on the evidence out there, has done all of those things and probably a whole lot more.