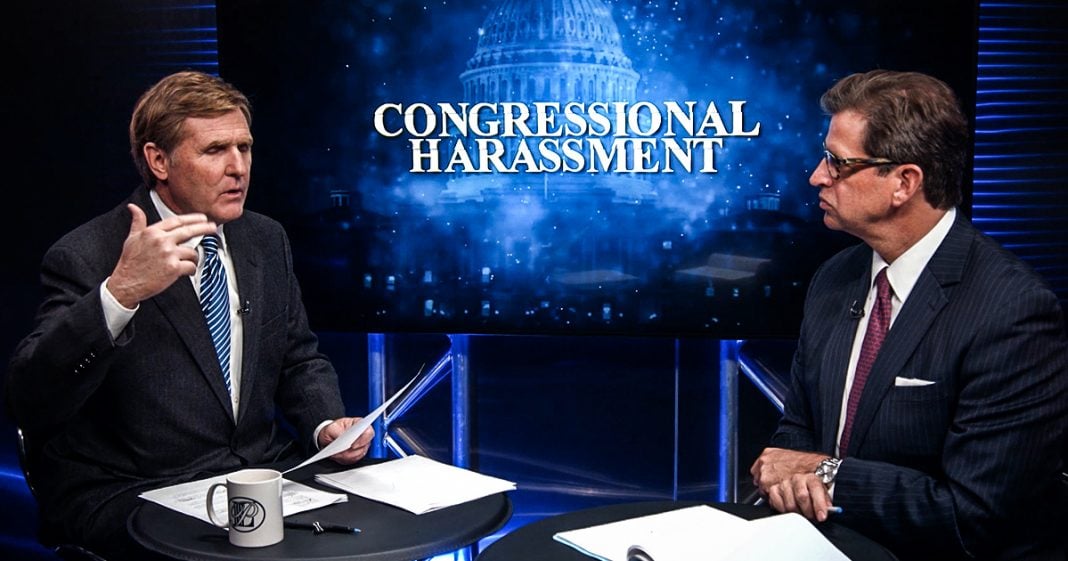 Unpaid interns in Congress have been forced to sign non-disclosure agreements before taking their jobs, as a way to prevent any of them from talking about the harassment or abuse that they may suffer at the hands of our elected leaders. Ring of Fire’s Mike Papantonio and Peter Mougey discuss this.

Mike Papantonio: Unpaid interns in congress have been forced to sign non-disclosure agreements before taking their jobs as a way to prevent any of them from talking about the harassment or abuse that they might suffer at the hands of elected leaders. Now, can you imagine, a young intern comes in.

Mike Papantonio: This is put in front of them and say, “You know, Mary, before you go to work here you’ve got to sign this.” And Mary’s going to sign whatever has to be signed.

Peter Mougey: Well, most of these kids are unpaid.

Mike Papantonio: So they’re unpaid volunteers. They’re working as interns. They think it’s somehow going to help their career down the road. It might, I don’t know. But they sign this release. Tell us about the release they sign.

Peter Mougey: Well, the release pretty much says you can’t disclose anything of what you see or hear. Now, are there some real reasons why they might have non-disclosures, sure. But there should be carve-outs for their discrimination, for abuse, for harassment, whatever it is, there should be some carve-outs. And that’s what was interesting where the offices confirmed that interns had to sign and they got copies of the NDAs, the Non-Disclosure Agreements. The Non-Disclosure Agreements had no exceptions. So, at the end of the day to report abuse or discrimination, it’s all covered up, it’s all secret.

Mike Papantonio: Right, okay. It’s worse than that though, Peter. When you read these NDAs, they read … as a matter of fact, you know, one comes … it’s both sides of the aisle.

Mike Papantonio: Republicans, Democrats. They make them sign this ridiculous paper, but it doesn’t just go to issues about what are you hearing, what are the congressional …

Peter Mougey: Something sensitive. Sure.

Mike Papantonio: Yeah. Sensitive stuff, of course. But some of these NDAs go as far as saying you can’t even report if another employee sexually abuses you …

Mike Papantonio: … harasses you, steals, commits murder, you can’t even report on that other employee. Now the problem is, these kids that are working this, you know, they’re thinking, “My god, am I going to be sued if I do this?”

Mike Papantonio: Worse yet, I have to at some point use this, I’m going to be applying for jobs. I’d like to be able to put this down and say, you know, I did a good job. But they’re worried about the fact that that congresswoman or congressman that they worked for, is going to use this and really pull the trigger on this. But, when you get down to saying it’s not just about the congressman, it’s also about people who work there with the congress people, just other employees.

Mike Papantonio: It seems like a big stretch. They probably ought to reconsider doing this.