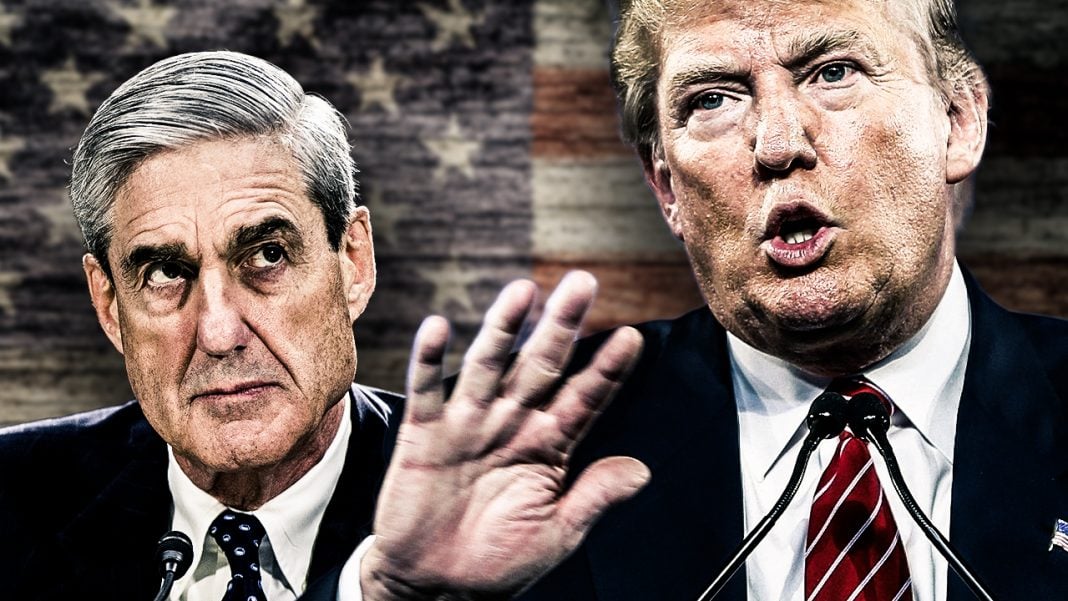 According to a new report by The New York Times, Donald Trump has been asking several witnesses about their experience with the special prosecutor, Robert Mueller. Mueller is aware of Trump’s questioning, and so far it doesn’t appear to be in violation of any rules, but it shows just how scared Trump is of what’s coming. Ring of Fire’s Farron Cousins discusses this.

According to a recent report in the New York Times, Donald Trump has been asking witnesses who have testified in front of Robert Mueller exactly what happened during those testimonies. Specifically, one question we do know that was asked, is that Donald Trump asked Reince Priebus, his former Chief of Staff, if Robert Mueller was nice to him during the questioning.

Robert Mueller, according to the report, is well aware that Donald Trump has reached out to several witnesses, or people who have testified in this investigation, and he seems to be okay with it, because as of right now, there’s no indication that Donald Trump asking these people what happened during their questioning is against the law. But, it does show you how terrified Donald Trump truly is about this ongoing investigation.

Keep in mind, all of this happened before the new information came out this week saying that Erik Prince, the founder of Blackwater and a Trump campaign, I guess, operative, met with a Russian diplomat, or whatever he was, in the Seychelles Island to set up a back channel between the Kremlin and the Donald Trump campaign. That report came out Wednesday night from the Washington Post, and it’s a pretty big deal, because, I know I’ve said in the past, collusion’s pretty hard to prove, but that story kind of makes it a lot easier to prove if it turns out to be accurate. And the report also said that Robert Mueller has full knowledge of this. He’s building his investigation around it, and he has the evidence, so yeah, things are looking pretty bad for Donald Trump.

I think, as far as Trump is concerned, the thing he has the least to worry about is whether or not Robert Mueller is nice to people during the questioning, and instead, he should be more concerned about what he’s going to do once he gets removed from office, because that’s the way that signs are pointing now.

This investigation, in the last few weeks, has taken off like we could not have imagined, and if Robert Mueller is finally only focusing on that collusion part of the investigation, which was what this whole thing was about to begin with, allegedly, if that’s where he’s at now, then that means this thing is winding down and coming to an end. He’s putting the last pieces of the puzzle together because he has everything else before that already finished and finalized. And, because we have so many new people willing to flip and testify and work out these plea deals with Mueller, Donald Trump is absolutely scared out of his mind.

I predict that we’re going to see more reports like this. We’re going to see more people that Donald Trump is approaching, saying, “Hey, what did he ask you, and what did you tell him, so that I can prepare my testimony for when I finally have to go in front of him?” But that’s not going to work. If he decides to do something like that, then yes, obviously, it’s absolutely illegal. But if he’s just asking, “Hey, how was he? What was he wearing? What kind of shirt did he have? Was he nice? Did he drink a lot of coffee?” Things like that, nothing illegal, but so far, we don’t know the extent of the questioning that Donald Trump has asked these people, and hopefully, they’re not going to give him any information that will allow him to change his testimony to protect himself from perjury, or something worse, when he finally gets called to testify.