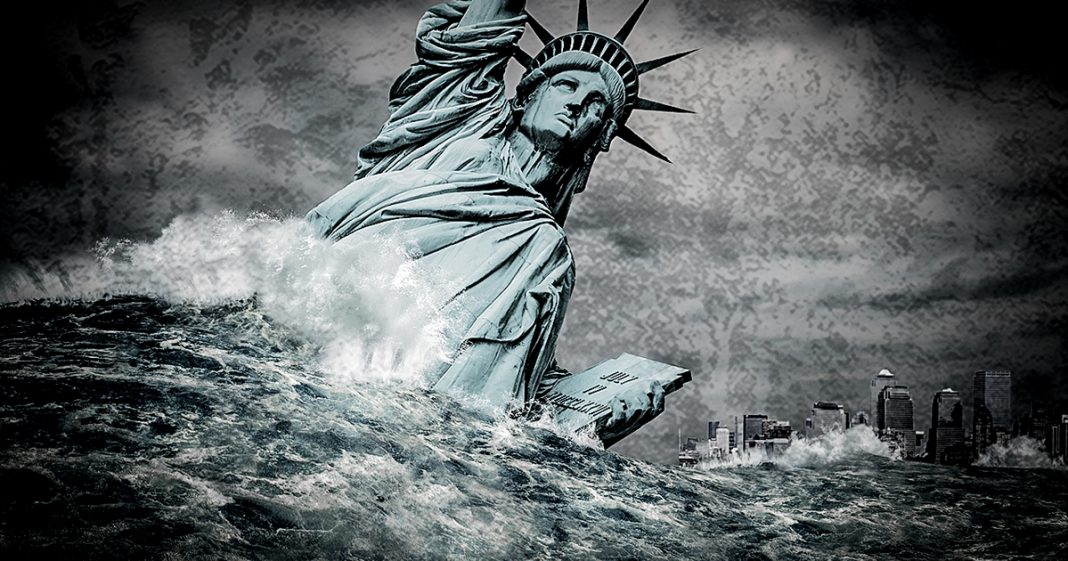 According to a new analysis by Scientific American, the Millennial generation can swing at least 10 Congressional districts, mostly in the Plains States, in this year’s midterm elections, and the driving factor is their desire to see action on climate change. This means that not only is the young generation holding the keys to the kingdom, but that they are largely driven over their concern for the environment and their strong understanding of policies in the United States. Ring of Fire’s Farron Cousins discusses this.

According to a recent report published in Scientific American, millennials, the millennial generation, has the unique opportunity to be the ones to flip no fewer than 10 congressional districts from Republican to Democrat in this year’s midterm elections. Millennials in those 10 districts hold the sole power to flip it, if they simply show up and vote on the issues.

Guess what issue it is that actually will allow millennials to flip those districts? It is based, according to Scientific American, on their belief that we have to do something to protect this country and the planet from catastrophic climate change.

Republicans are at risk of losing 10 districts this year, because millennials, the younger generation, doesn’t want them to continue to destroy the planet. You know, for years and years and years, whether it be Republicans who actually say climate change is real, or Democrats who say we have to have action on climate change, nothing’s really happened in this country. The people making those decisions to do nothing, they don’t care. They’ll be long gone from this planet before the real horrible things from climate change start to affect everyone.

The millennials, those young generation of voters, they won’t be. They’re going to live most their lives with that damage, trying to mitigate it, trying to fix it, having to pay for it. They actually understand it. Republicans and even some Democrats in Washington DC, they don’t get that. They think that they can continue on with business as usual, destroy the planet, we’ll fix it eventually, and that everything’s going to be fine.

This young generation, those millennials, the ones that the media loves to rip on as just sitting back and eating avocado toast every day, they’re the ones with the power to change this country and change this planet, and they understand that, and they’re getting active. That’s why we’re seeing the students from Parkland come out and take charge on that particular issue. We’re seeing millennials lead on the climate change issue. We’re seeing millennials lead on the student debt crisis and Medicare for all, universal healthcare.

Those are issues that they care about. That’s what separates millennials from other age groups of voters. Some of those age groups are just diehards, like they’re watching a sports team. No matter what, they’re going to support that team. That’s how they are with either the Democrats or Republicans, regardless of policy or lack of policy.

Millennials, as this report shows, are voting on policy. They’re voting on what actually matters. They’re not necessarily looking at left or right or Democrat or Republican. They’re looking at which politician is going to take care of their generation and take care of the things that they hold dear. You know, like having breathable air and drinkable water. They know that the Republicans aren’t going to do that.

Whether or not they identify as Democrats doesn’t even matter. They’re willing to vote for them at least this year, because they believe that that is the party that’s going to do something to save the planet. It’s up to the Democrats to finally prove these kids right.