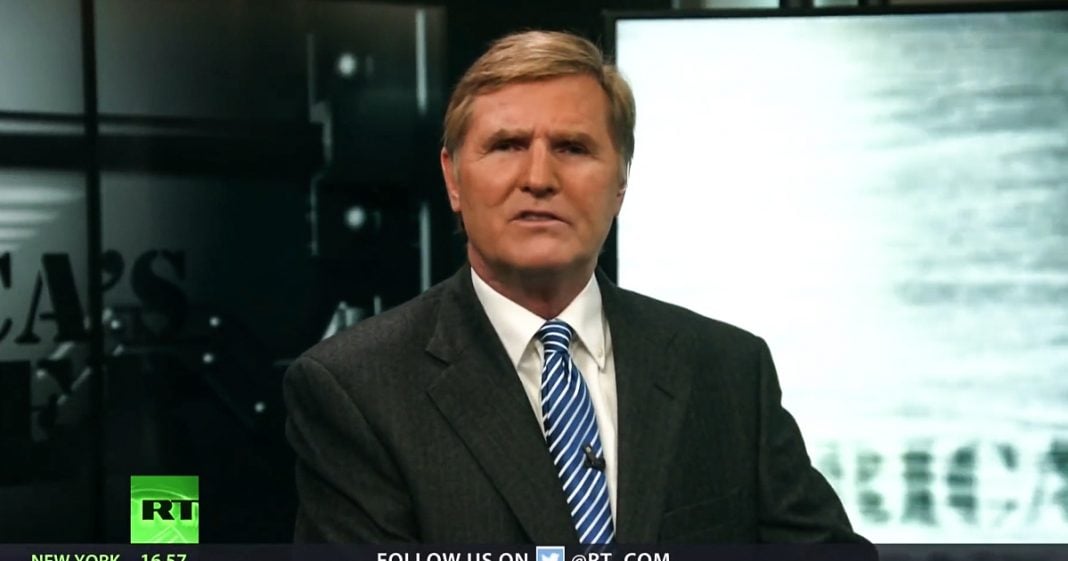 An ICE attorney pleaded guilty to stealing immigrant identities that he used to evade taxes and take out fraudulent loans with. America’s Lawyer Mike Papantonio discusses the case.

Finally tonight, some good news. An attorney from Immigrations & Customs Enforcement pleaded guilty to stealing immigrant identities that he used to evade taxes and take out fraudulent loans with. Attorney Rafael Sanchez was ICE’s top attorney for Washington, Oregon, Idaho, and Alaska.

Government documents allege he used the ICE database to find immigrant identities to forge utility bills and Washington State driver’s licenses. He then used those identifications to open credit cards, pay shell companies in cash, and take out loans, which the federal government says amounted to at least $190,000.

He also claimed these stolen identities as dependents on his taxes. Sanchez was consequently charged with wire fraud and aggravated identity theft and he’s gonna be sentenced in May. Presumably, this lawyer believed he could get away with tax evasion and bank fraud because he was stealing the identities of immigrants.

He had power and he used it to take advantage of one of the most vulnerable inhabitants in America. People like this don’t deserve to hold top positions within our justice system and hopefully, this judge is gonna give him plenty of time to think about that behind bars and to think about maybe how he needs a totally new career.